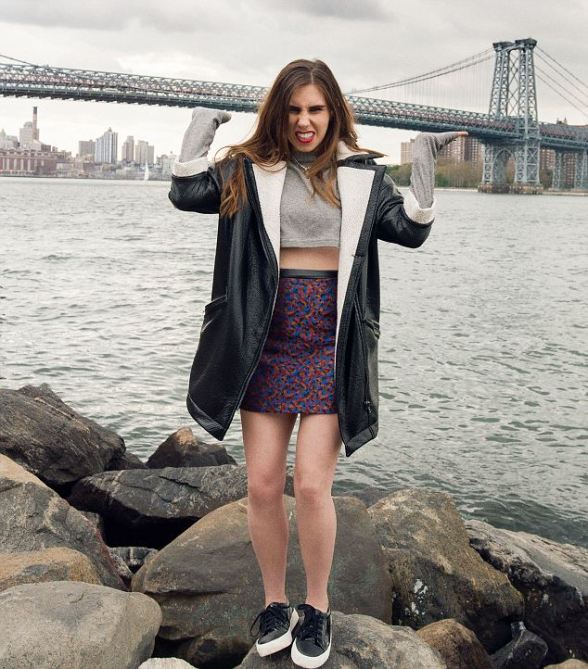 It ain’t easy being Zosia Mamet. Despite having maybe one of the coolest jobs on television, the 25-year-old star of “Girls” admits that it took her a minute to adjust to life in New York, after growing up in Los Angeles.

“I was incredibly lonely and I moved seven times during that first season’s filming,” she admits in the new issue of ASOS magazine. “Then, during the second season, I fell in love with the city and suddenly it became easy and wonderful – it really is like no other place in the world.”

MORE: Jemima Kirke and Zosia Mamet Talk About Being BFFs

Mamet is the cover star in the January issue of ASOS, the online fashion magazine of the shopping megastore, and she styled herself in the shoot. In the accompanying interview, Mamet notes that she leans toward clothes that are comfortable and wearable. “I’m not a girl who is going to put something on that I can’t breathe in or walk in or sit down in,” she said. “I don’t see the point I like something I feel good in, that feels ‘me.'” It’s a far cry from her character Shoshanna’s hyper-pink, hyper-girly aesthetic.

Speaking of, what’s it like to work on one of the most-hyped shows in the universe? “I love every single aspect of being on the show…I have the most fun job in the world. And Lena [Dunham] – I don’t know if I’ve worked with someone who has so much responsibility but is so calm. She is just one of the coolest, most collected humans I’ve ever met…that’s an incredible example to learn from.”

Check out a video of Mamet’s ASOS shoot here, where she waxes philosophical on her style icon (Diane Keaton, duh), her favorite style advice, and more — and check out the full issue online.