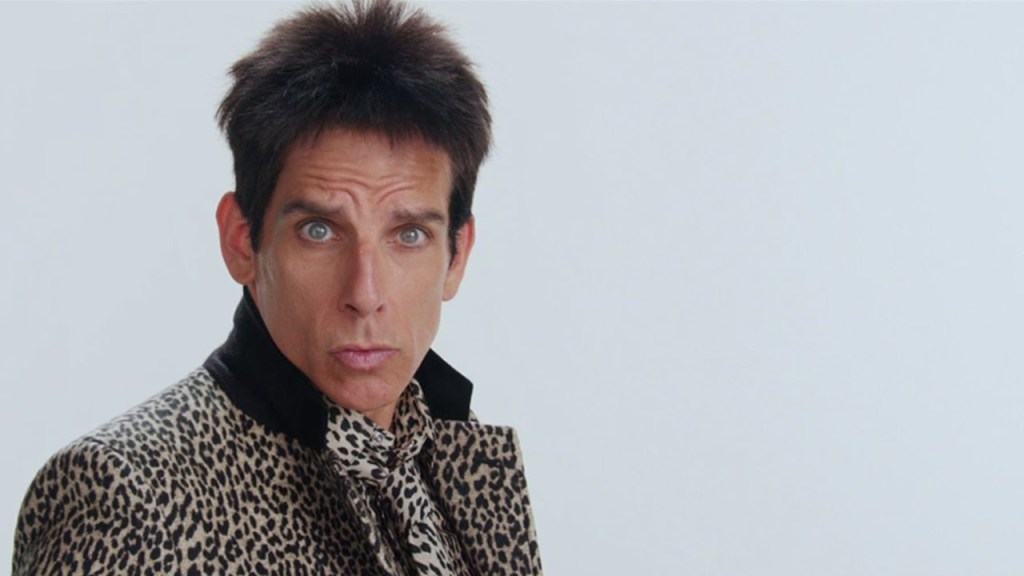 Wednesday’s looking up, thanks to the release of the first full Zoolander 2 trailer.

This comedy has been hugely hyped over the past months: There was that mini teaser video released in August, the launch of an official (and hilarious) Instagram for @zoolander, and, of course, the Valentino show in March, where Derek Zoolander (Ben Stiller) and Hansel McDonald (Owen Wilson) walked the runway. However, despite all the buzz, the full trailer still teases a lot of new things about the upcoming movie. Like, Derek and Hansel are totally passé, and all the fashion world can talk about is the androgynous, eyebrow-less model “All” (Benedict Cumberbatch).

The pair get another chance to infiltrate the industry after an übersexy Interpol lady (hey there, Penelope Cruz) recruits them to hunt down a serial killer going after “beautiful people” with Zoolander’s signature Blue Steel look. Cue Justin Bieber and Miley Cyrus. Kristin Wiig makes an appearance, and Will Ferrell is back to play madman Mugatu, who plotted the revenge attacks in prison. It’s all delightfully far-fetched and has us itching for the full movie to hit theaters February 2, 2016.

Watch the trailer for yourself right here: