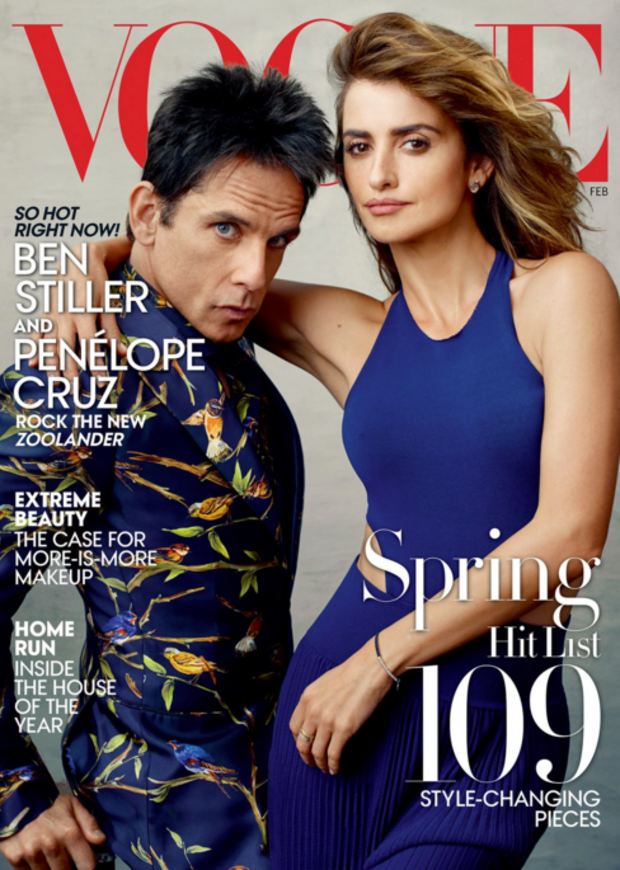 Shot by fashion photographer Annie Leibovitz, Stiller hangs with fashion’s buzziest names in the ensuing editorial spread; You can spot him getting hair and makeup touch-ups alongside Gigi Hadid, Jourdan Dunn and Joan Smalls and being fitted by Alexander Wang. It’s brilliant, and everyone needs to see the full story over on Vogue.

That’s not all: A new trailer for the seriously hyped second film also landed this morning and it’s (obviously) hilarious.

Basically, the clip takes a satirical shot at cheesy perfume commercials, complete with a bizarre appearance by Naomi Campbell pouring milk all over herself, and a sexy voiceover that proclaims, “Nothing attracts like the scent of No. 2.”

This comedy has been hugely hyped over the past year: There were teaser videos released in August and November, the launch of an official (and hilarious) Instagram for @zoolander, and, of course, the Valentino show in March 2015, where Derek Zoolander and Hansel McDonald (Owen Wilson) memorably strutted down the runway.

The movie comes out Valentine’s Day, but you can watch the teaser here.