While I wait patiently—which may be an over-exaggeration, TBH—for Big Little Lies’ second season to arrive, I’ve found comfort in constantly visiting the social media accounts of the show’s stars. Whether or not this is a healthy practice (it’s definitely not), it’s given me so many looks to try out. While most celeb looks aren’t super attainable, I found one that is: Zoë Kravitz’s triangle sunglasses. You’re welcome.

The Big Little Lies actress uploaded a photo to Instagram on Wednesday modeling triangle-shaped sunglasses from Yves Saint Laurent. The photo is actually four photos in one, and they’re all looks from her L’Officiel Paris cover shoot. Not only does Kravitz look bomb in the YSL sunnies, but she actually pulls off green nails—a color that would make me look like Shrek’s younger sister. Of course, the beautiful actress wears the color well, as she does wearing pretty much everything—or nothing, in the case of her naked Rolling Stone cover.

Since I can’t really rock a green nail, the triangle sunnies are my best chance at achieving Kravitz’s ~lewk~. They seem like a slightly more flattering take on the tiny suglasses trend—which, by the way, I’m convinced looks good on, like, three people total. Plus, Kravitz’ triangle sunnies look like they would actually keep sun out of your eyes. Put me down for 1 million pairs—OK, maybe just seven. 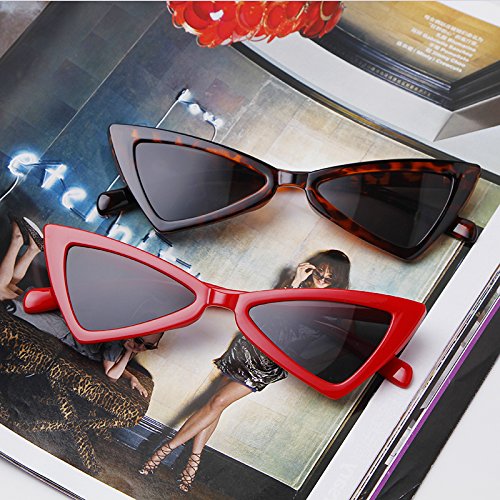 Look like Zoë Kravitz in just two days (assuming you have Amazon Prime, which, like, who doesn’t at this point?)! 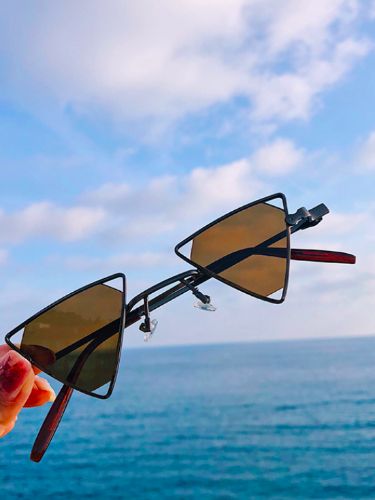 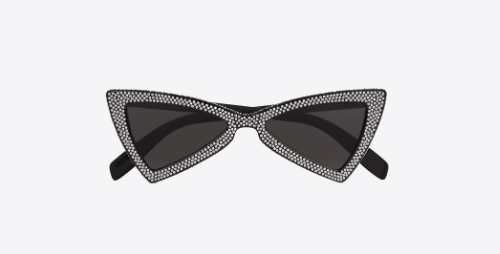 I can’t afford these, but if you wanna go hardcore Zoë Kravitz look-a-like, these are for you. 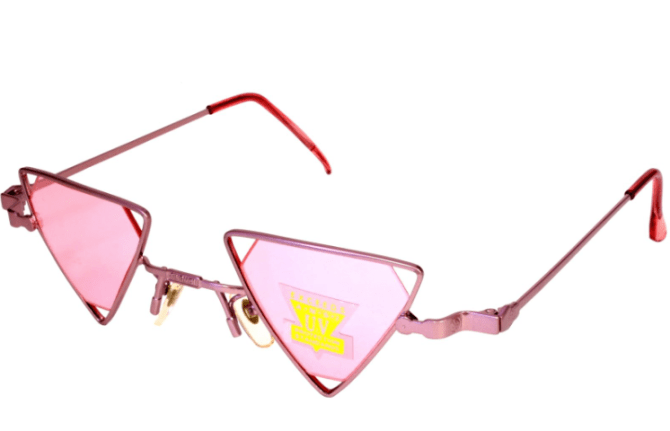 Zoë Kravitz triangle sunnies, but pink. (Because pink is fun.) 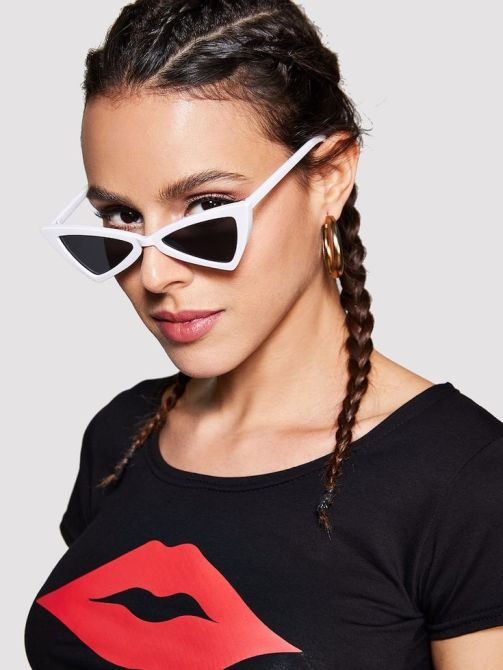 These are literally less than $3, so like…buy a bunch.

These look a little like something out of the Harry Potter universe, but I’m not mad about it. 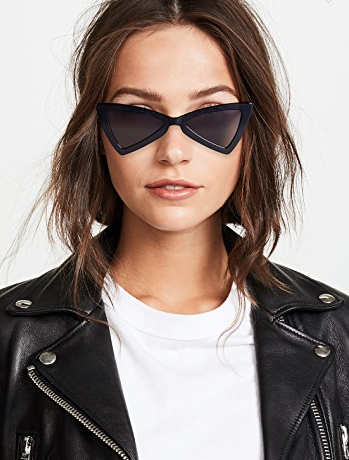