Zendaya may not be your average businesswoman—for one, she’s 20, and for another, she’s had a successful career as an actor and musician since she was a tween—but make no mistake, she understands that making it as a young person in a tricky industry is tough work.

Last month, the star launched her direct-to-consumer fashion brand, Daya by Zendaya, and has since set to work expanding her shoe line of the same name, working alongside her longtime stylist and co-creative director Law Roach. Having essentially grown up in Hollywood, she said in a phone interview this week, she learned a lot at a young age—more than many adults, she figures—which put her a step ahead when facing some of the obstacles many young people—especially women, and even more so women of color—face when trying to start a business, or even get their foot in the door.

MORE: Zendaya on Her New Clothing Line and Why ‘Weird’ Can Be a Good Thing

“A lot of people doubt young people in general because we’re young—but I think what’s important, being a young person who wants to be in business, or start a business, or whatever it may be, is unfortunately you have to be ten times more on your game than anyone else just so that people will take you seriously and look at you the same way they would look at anyone else,” she says. “You just have to be really on it—you have to be responsible and you have to be on top of it and you have to educate yourself and go above and beyond. That’s my number one thing: know your stuff.”

This applies to any industry, including Zendaya‘s newest venture: fashion. And fortunately, she seems to be a natural. While she hasn’t yet spotted anyone on the street wearing her line (if you’re the first, prepare to get ambushed for a selfie), she’s eagerly getting feedback from fans on social media, tailoring future design plans based off what her fans like and dislike so far. 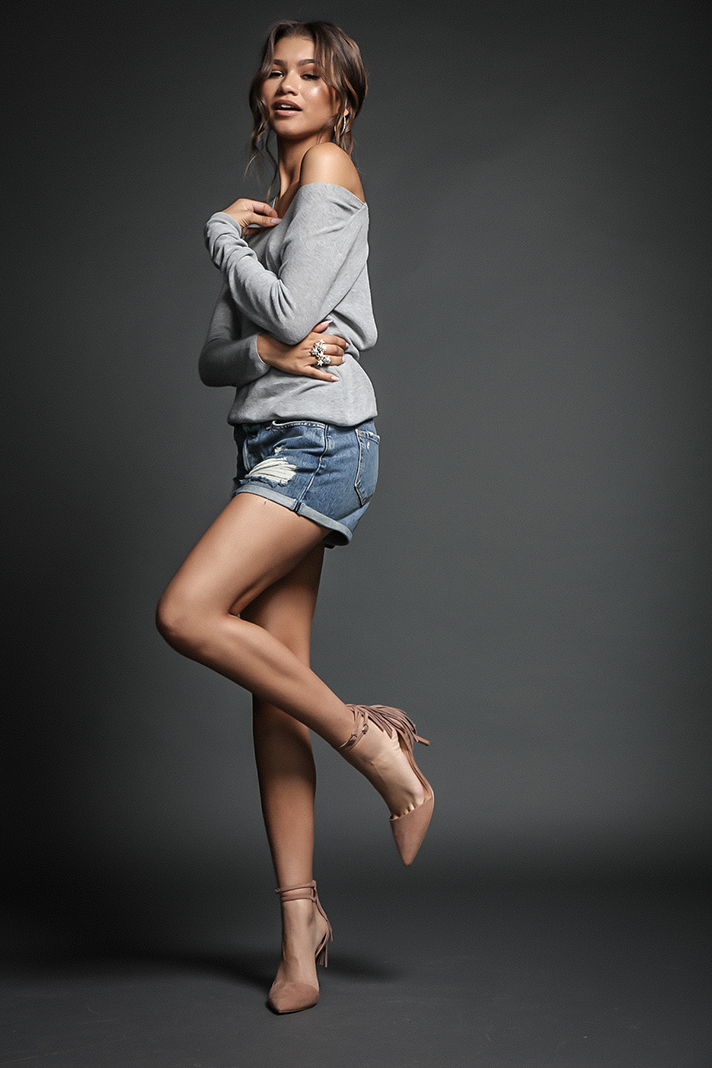 One early hit is the military anorak, in part because of its unisex appeal (this being Zendaya, inclusivity is a key part of the brand). “I’ve seen my guy friends in it, I’ve seen girls turning it into dresses—it really looks great on everyone,” she says.

As for footwear, she’s happy to play favorites: “My ultimate favorite shoe in general is always a pointy-toe pump—I think it matches everything, goes with everything, and I’ve made it in pretty much every pattern and texture you could imagine.”

On her off days though (or, rather, days she’s fielding calls from journalists in her apartment) she’s all about comfort—especially when it comes in the form of a matching sweatsuit with her name on it.

MORE: Zendaya Meets with Michelle Obama, Inspires Us All

Below, shop ten standout styles from her Fall ’16 footwear collection.

The 29 Best Celebrity Instagrams of 2016