On Monday, at the top of the Empire State Building, Zendaya and her Spider-Man co-stars helped “light it up” in honor of their upcoming film. The stars turned the iconic New York structure red and blue to promote Spider-Man: Far From Home, but the only thing I really care about is Zendaya’s silky pajama-inspired outfit. I mean, I know Zendaya does not play a superhero in Spider-Man, but she’s a sartorial superhero in my eyes. The actress has been serving us look after look this year, so it comes as no surprise that she would make pajama-wear as chic as humanly possible. I simultaneously want to get back in bed and also conquer the world at the same time? It’s a Zendaya energy, baby, and I’m living for it.

Posing for the cameras atop the Empire State Building, Zendaya wore a navy blue Peter Do ensemble that totally looks like the most ideal pajamas. No, they’re not actually pajamas, but the button-down blouse and long trousers are so silky and satiny that they might as well be in what the actress woke up. Hair slicked back in a ponytail paired with a classic red lip, this outfit screams, “I may have just woken up, but I look damn good.” I would give anything to have this vibe when I roll out of bed. (Instead, you’ll find me trying to find my slippers in an oversized tee and major bedhead. Is that also a look as good as Zendaya’s? Someone please validate me!) Maybe all I need is a team of stylists to put me to bed so I wake up looking this good. 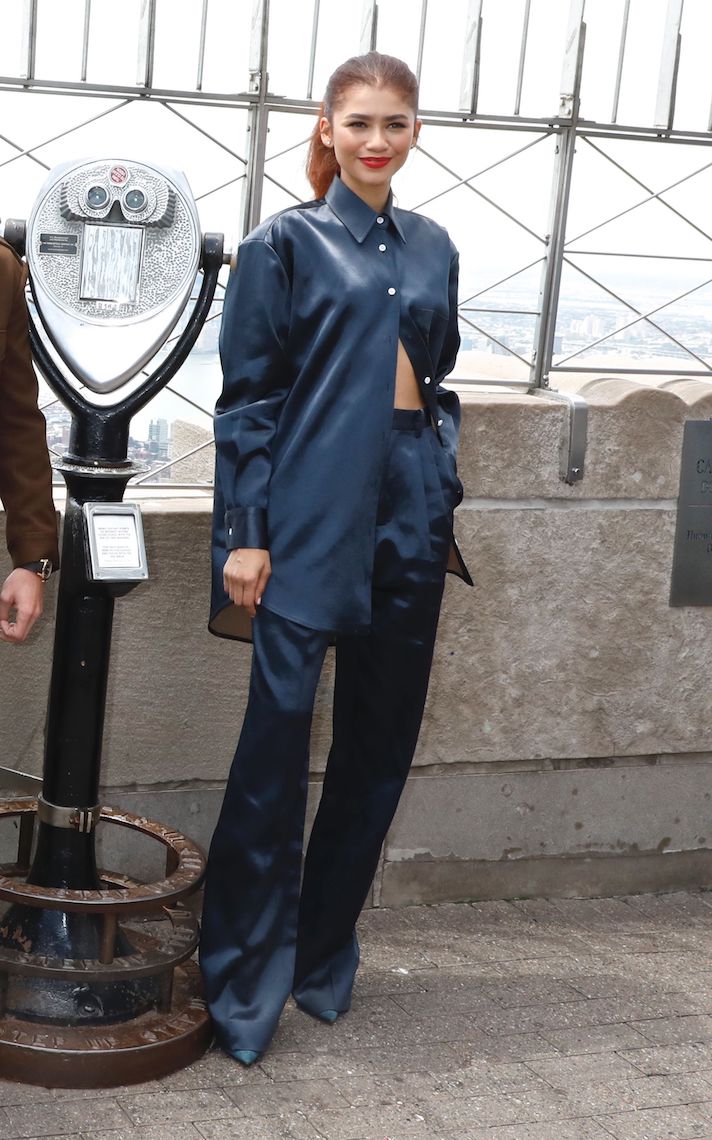 While a lot of celebrity fashion is hard to find (often because designers gift them pieces or they’re custom), this entire ensemble is available on Net-a-Porter for just under $2,000. If you’ve got the cash and want to look like the coolest pajama-wearer to ever exist on the planet, have at it, friend. My oversized tee and I will think of you fondly as we nod off to sleep.