Tensions have run high between some of the 1D boys since the band broke up. And most recently, fans think Zayn Malik shaded Louis Tomlinson over One Direction drama on Twitter. In a now-deleted tweet, Malik issued a somewhat cryptic comment on March 23 apologizing “for basically being a shit person.” Uh-oh. Fans were naturally concerned. As the Daily Mail reported, the 26-year-old singer deleted the tweet but only after 14,000 of his followers retweeted the post. Many offered words of comfort and offered messages of support.

“Who hurt you who do I gotta fight,” one fan responded, according to Metro UK, while another replied, “No no don’t say that. Keep your head up Zayn.”

Many are convinced that this tweet was about the—well, awkward—relationship between Malik and Tomlinson. All the 1D boys reunited to support Tomlinson when he performed on The X-Factor right after the death of his mother in 2016. But the only one who didn’t show? Malik. Tomlinson called the “Pillowtalk” singer out for not attending in an interview with The Sun.

“I had a couple of calls with him after I lost my mum, and all the boys had agreed to come to that performance, and he didn’t show, so that really bugged me…It was just seeing everyone there–Harry, Niall, and Liam–that was what I needed that night, that support. So on the other end of the spectrum, it kind of really showed. So, eh, I hope he’s alright, but..,” he said.

Eek. It seems like the boys still haven’t patched things up. Though Malik did tweet out a message of support for Tomlinson at the time, it’s not quite the same as being there in person. 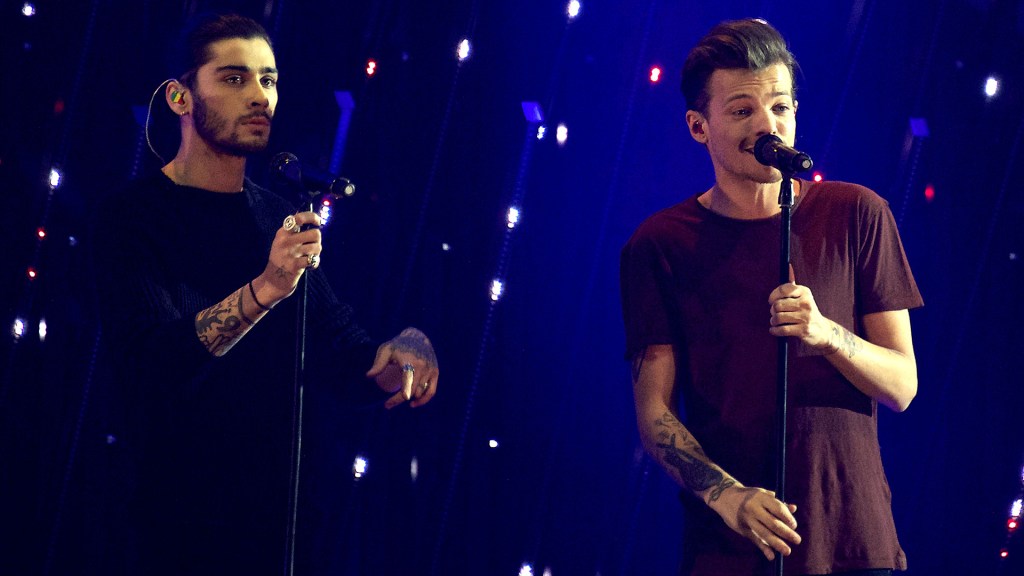 happy, could be happier. Thanks for all the love and thoughts yesterday just had a vent ha x.”