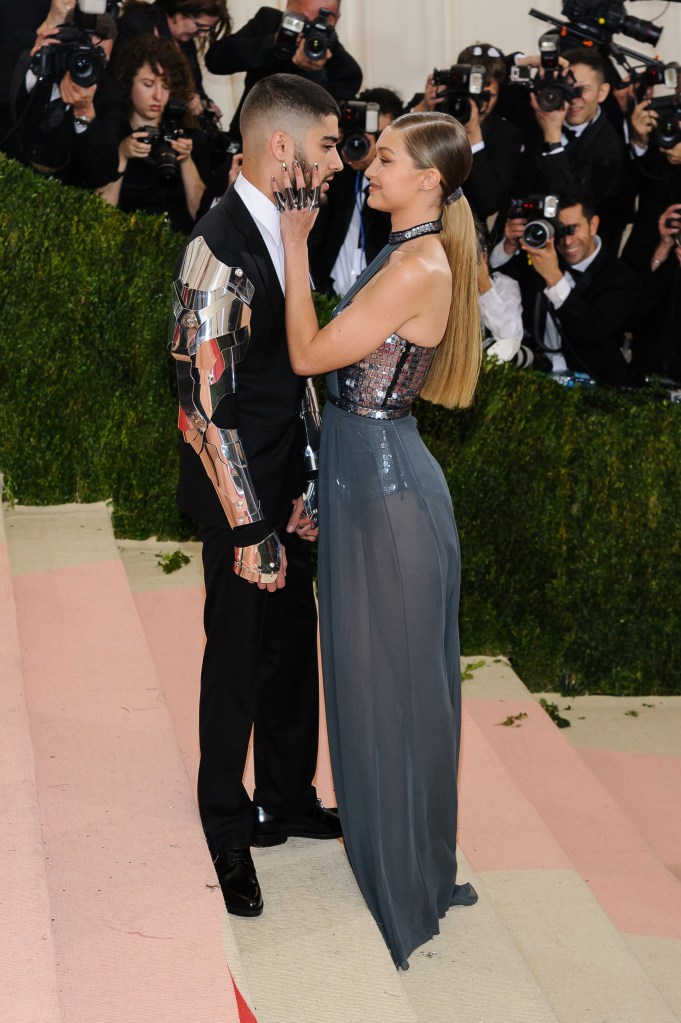 Zayn Malik and Gigi Hadid are really into “Netflix and chill.” In a new interview with Paper, he said his on-again GF was staying at his Bel Air home, and they’d “see each other tonight and probably watch a film.” And then, with a smile, he added, “Netflix and chill. Yeah, we do that a lot.” Without saying it outright, Malik admitted that he and Hadid get it on regularly. Lest you think the onetime boy-band sensation might’ve used the euphemism literally, think again: Not only is he 23 years old, a child of the internet age, he is also pretty straightforward about his robust sex life.

Acknowledging that his first solo album, Mind of Mine, is filled with sex, he said that was just a symptom of all of the “sexual situations” he finds himself in. “It wasn’t a conscious decision to make [the album] sexual or refer to sex,” Malik said. “But I just found out that a lot of situations that I was in were quite sexual situations—all of the time.” He adds, “I enjoyed singing about [sex], clearly.”

Clearly: In “Pillowtalk,” he sings, “Be in the bed all day / Fucking you and fighting on”; in “Borderz,” he says, “So take it off / Let’s break down all of our walls / Right now I wanna see it all”—and it continues on and on. Nary a song goes by on his first album in which he doesn’t talk about sex.

But he’s reforming his bad-boy persona these days, or trying to: He ate chicken and brown rice for dinner during the Paper interview—though he also smoked a few cigarettes—and said he prefers to stay in most of the time. “I don’t really enjoy going out too much and partying,” he said. He prefers serial monogamy over casual dating, adding, “I like to have my own time and be at home, and I kind of need a partner with me to do that. I just like the security of that. It feels good to me. It feels right.”

So right, in fact, that he and Hadid only broke up for approx. five minutes a few weeks ago before they quickly smoothed things over, with Hadid Snapchatting herself lip-synching along to “Pillowtalk” while wearing a “Z” necklace. That’s one way to assure the world that you’re definitely, certainly, without a doubt still dating your boyfriend. At least for now.