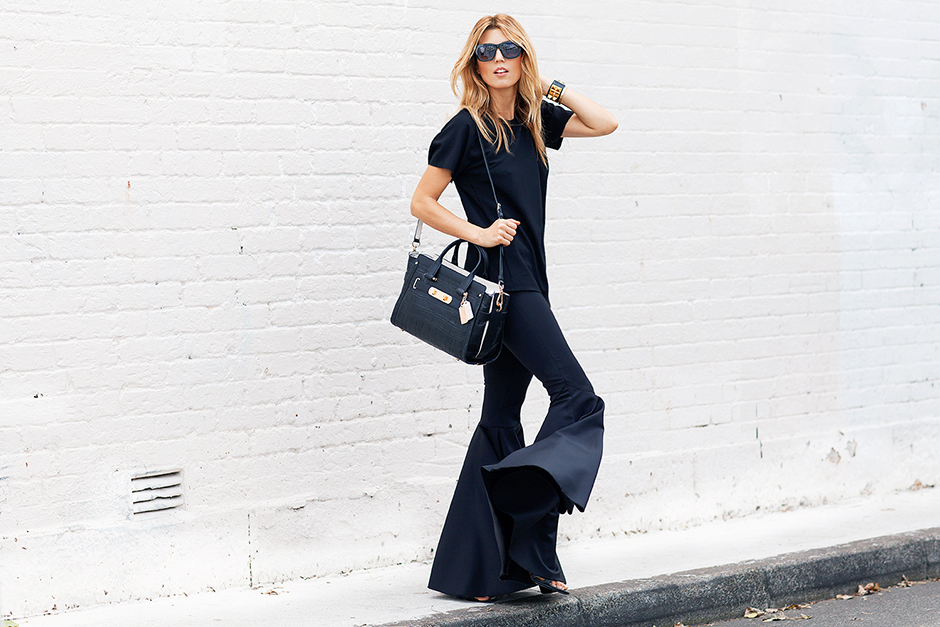 We’ve been eyeing off a pair of very distinctive flare pants by Australian designer Ellery ever since the style took over the street style scene in Sydney and was spotted across Paris, London, and New York. There was just one thing holding us back– the price. While they were definitely cool and we coveted them badly, at $879, Ellery’s Flared Wool Twill Pants also came with a mean price tag–until now, that is.

Now, Zara has come to the rescue, giving fans of the street style MVP a thriftier alternative. Called the Wide Flared Studio Trousers, Zara’s version of the look is just $129, and almost identical to the original. Like the Ellery piece, Zara’s design features soft pleating through the flare, however their cheaper version is a little less dramatic than the original pant (which probably isn’t a bad thing on such a statement piece.) 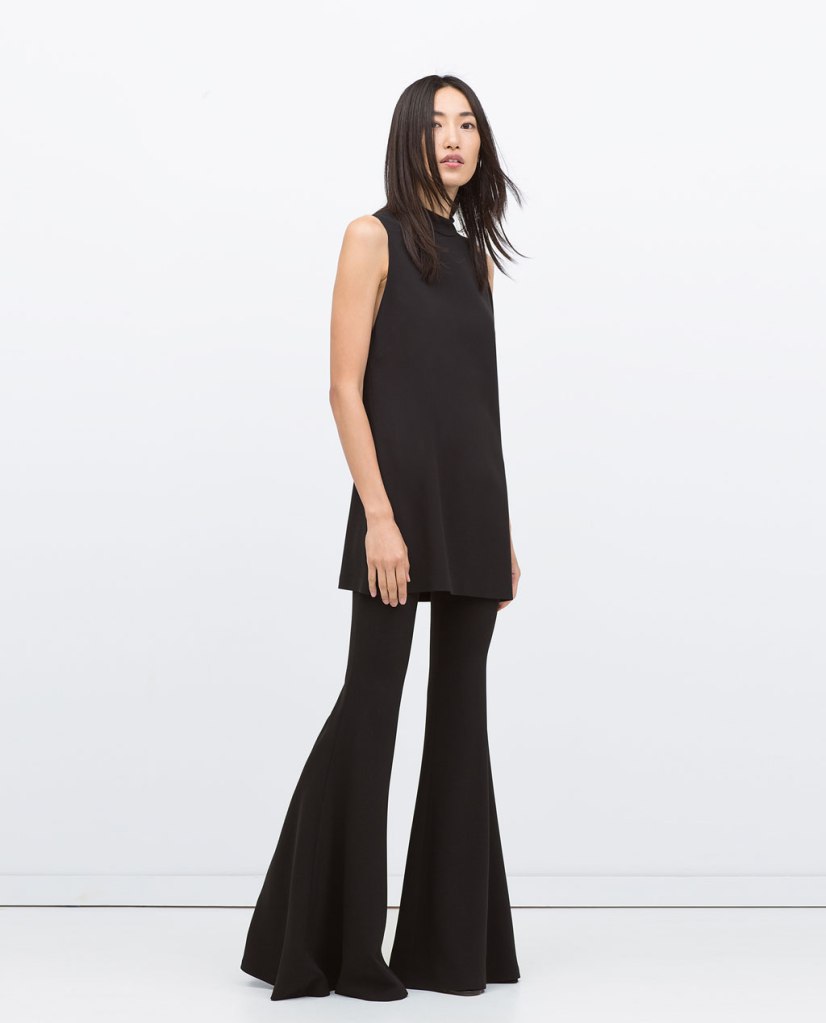 If you’re tempted, but battling with feelings of guilt over supporting fast fashion designer knockoffs, remember that even Balmain’s creative director Olivier Rousteing admitted he downright loves when retailers like Zara copy him, as it’s the mark of excellent work and a creative mind. So go ahead and shop–you know you’re desperate to. 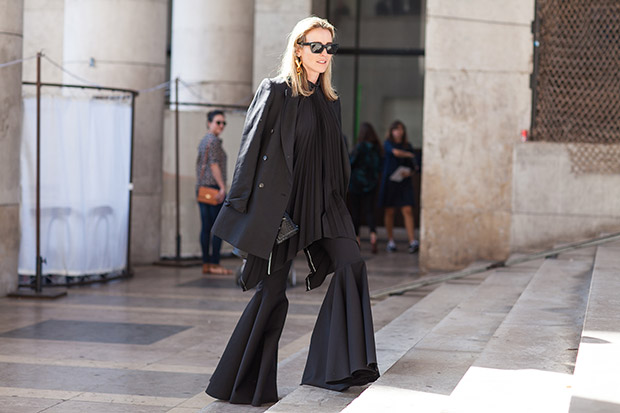