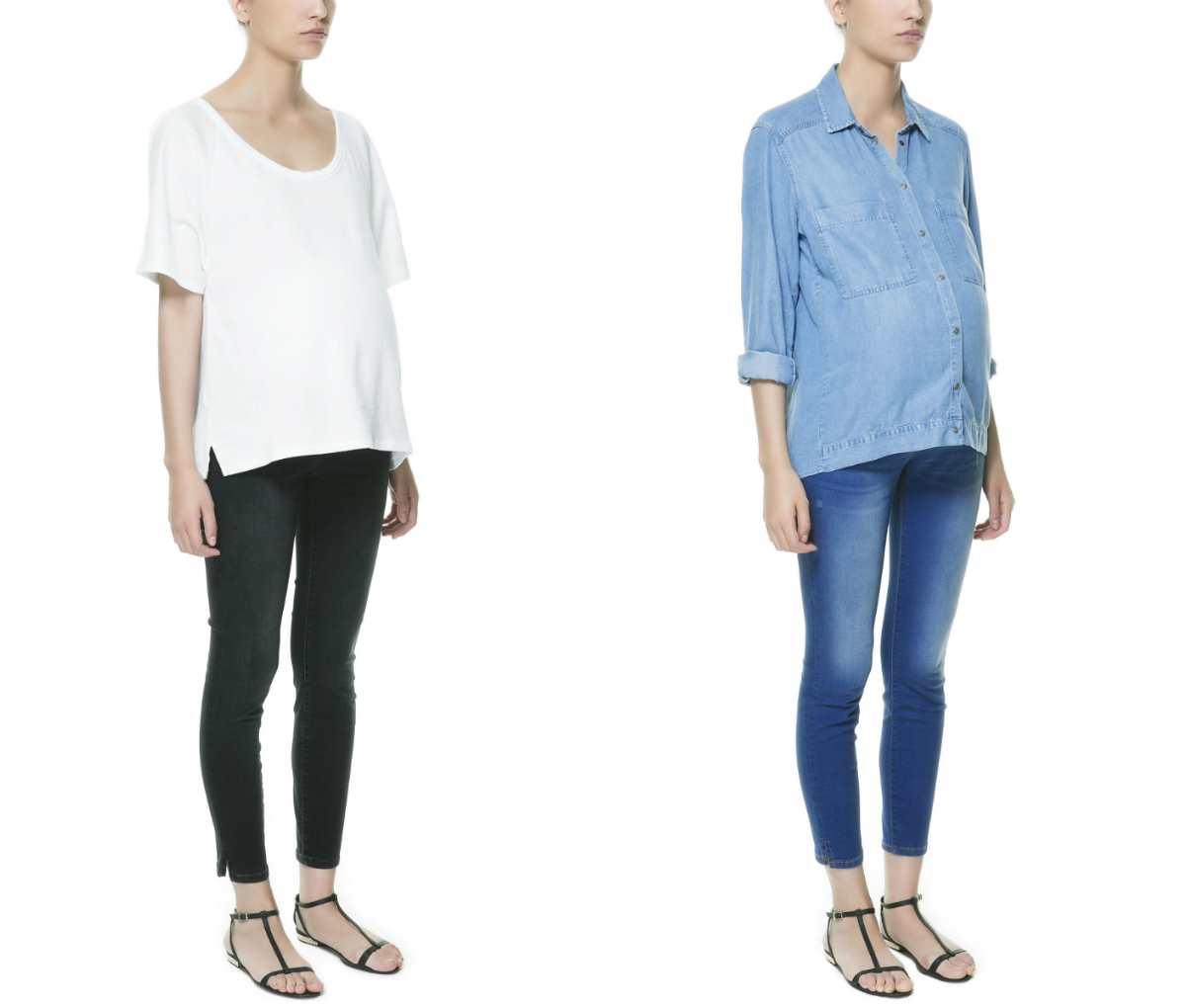 When it comes to winning at retail, fast fashion behemoth Zara has been killing it lately in a number of key ways.

First, the brand quietly upped its already excellent e-commerce presence with a site redesign that’s nearly identical to high-end Swedish label Acne (hey, it is Zara— originality be damned), so mentally, shoppers feel as though they’re shopping designer stuff at reasonable prices. The Spain-based chain also started paying attention to its brick-and-mortar stores, many of which received sleek facelifts that include shiny black lacquer floors and display areas, dimmer lighting, and enticing merchandising. And, of course, there’s the clothes—they’re chicer, they’re covetable, and, yes, many look familiar to fashion followers—but that’s another story for another post.

While browsing the site today, we noticed that a new apparel category was slyly added to the left rail entitled “Mum,” which is, obviously, maternity wear.

The stock isn’t huge at the moment, but offerings include stylish skinny jeans with elasticized waists for around $80, loose dresses, and viscose T-shirts. Oddly, only a few of the models have a simulated bump, while others are wearing pieces seemingly pulled from the site’s other sections, but clearly work for pregnant women.

This isn’t Zara’s first foray into maternity clothing, as they stocked a small number of items in select stores from 2007 to 2008. Of course, that was before they had a booming e-commerce presence, and before the s0-called cult of Zara officially began.

It’s a given that the brand—known for its rapid-fire production model that’s helped net parent company Inditex $2.3 billion euros last year (nearly $3 billion dollars)—will continue to add pieces to the new section, and we think it’s a brilliant move to branch out this way. In fact, we’re betting on pretty much every woman who wore Zara pre-gestation to continue throughout her pregnancy (it doesn’t hurt that the stylish and affordable maternity clothes market isn’t exactly oversaturated.)

This got us thinking about what else might be on the horizon for Zara, a company that’s clearly on an upward trajectory. We wouldn’t be surprised if the brand stared showing at Fashion Week soon—H&M and Topshop are doing it—and started a higher-end Collection line, in the manner of J. Crew.