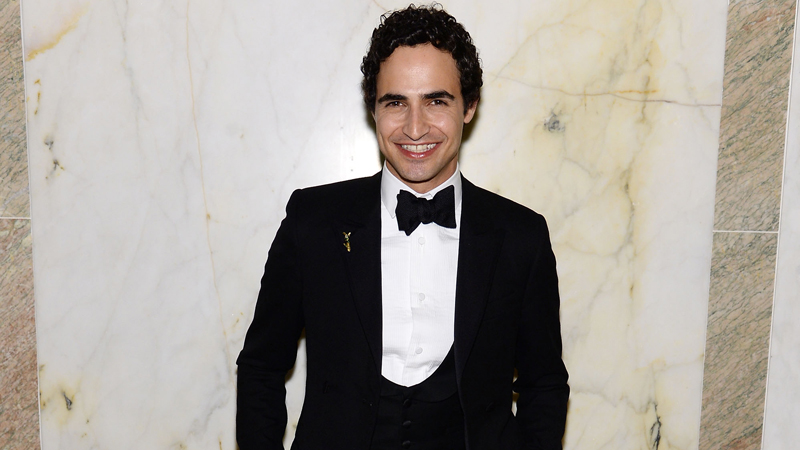 Brooks Brothers, America’s oldest fashion brand, has just joined forces with fashion’s favorite wunderkind, Zac Posen, naming him its new Creative Director. Posen will head up the label’s womenswear collection beginning with the Spring 2016 collection (which won’t debut until September 2015), and will also oversee the retailer’s current design and merchant teams, while working on brand development for the women’s label. Brooks Brothers has been without a high profile design director since Simon Kneen’s departure in 2008.

“I am truly honoured and excited to be embarking on this incredible opportunity to take the Brooks Brothers women’s brand into the future while respecting its deep, rich American heritage as an institutional company,” Posen said of the appointment, in a press release.

MORE: Prabal Gurung is Launching a Beauty Collection With MAC

Posen and Brooks Brothers might make for rather unlikely bedfellows at first glance—Posen is best known for his red carpet-worthy evening wear and as a “Project Runway” judge, while the nuts and bolts of Brooks Brothers’ women’s offerings are button-down shirts and work appropriate blazers. To be sure, women’s apparel accounts for just about 20% of Brooks Brothers’ business, so the likely thinking here is that there will only be upside to new blood working on the collection.

“We are thrilled to have Zac join us as creative director of our women’s Collection,” Claudio Del Vecchio, Chairman and CEO of Brooks Brothers, said. “As soon as we met, it was clear to us that he had a true understanding of our brand and its storied 196 year heritage as well as the creativity to modernize our offerings within the category.”

For those worrying that Posen will leave his eponymous line, don’t fret—those sweeping evening gowns will remain a Fashion Week staple. Thom Browne, meanwhile, will remain at the helm of Brooks Brothers Black Fleece collection.