The Extremely Wicked Shockingly Evil and Vile actor has a new love interest in his life. It seems Zac Efron’s new girlfriend, Sarah Bro, has stolen the actor’s heart. A source close to Us Weekly confirm the two are dating. The Olympian swimmer and former High School Musical star kicked off dating rumors after being spotted together several times in the last few months.

The pair was first seen together at a fitness class in Los Angeles in January 2019. Those who work out together stay together—eh? They continued to stoke the romance rumor flames by sitting next to each other during the UFC 235 fight in Las Vegas, Nevada on Saturday, March 2.

An eyewitness at the fight in the T-Mobile Arena told E! News that the couple “looked like they were having a great time.” Though they were not “overtly publicly affectionate,” we’re convinced the two are dating.

Bro follows The Lucky One actor on Instagram, but Efron does not follow her back. C’mon, bro! However, earlier this week, the 23-year-old swimmer surprised fans with a photo of flowers on her Instagram story. The March 2 post simply had two heart emojis— UMMM hello? That definitely means ~love~. The flowers must’ve been a gift, right? And if so, are they from Efron? Fingers crossed.

Naturally fans are very curious as to the Danish Olympian’s relationship with Efron. In a gorgeous photo Bro posted on Instagram seven days ago, she can be seen looking out on houses presumably in Los Angeles. She is sporting a towel on her head and a swimmer’s tan. Perhaps she just went for a dip? Or took a shower. But fans aren’t focused on her tan lines or bare back. They want to know—is she at Zac Efron’s house?

See the fans comments below: 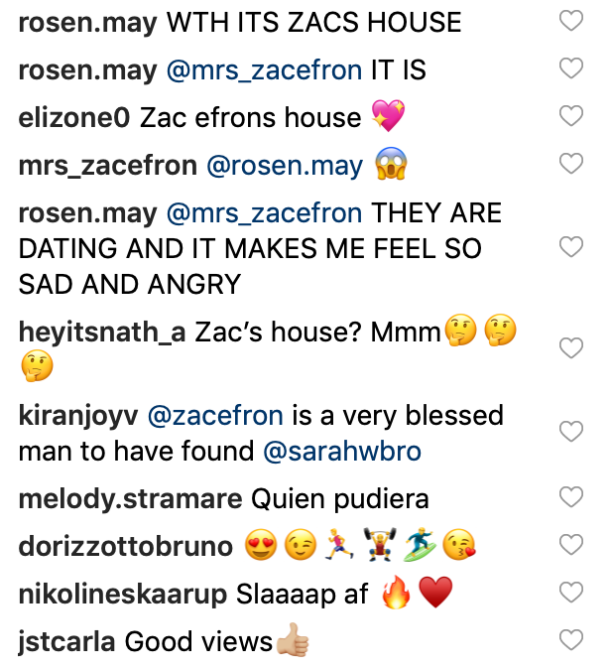 Our favorite is the fan who wrote, “@mrs_zacefron THEY ARE DATING AND IT MAKES ME FEEL SO SAD AND ANGRY.” Our sentiments exactly. Zac is a catch, but so, it seems, is Sarah! 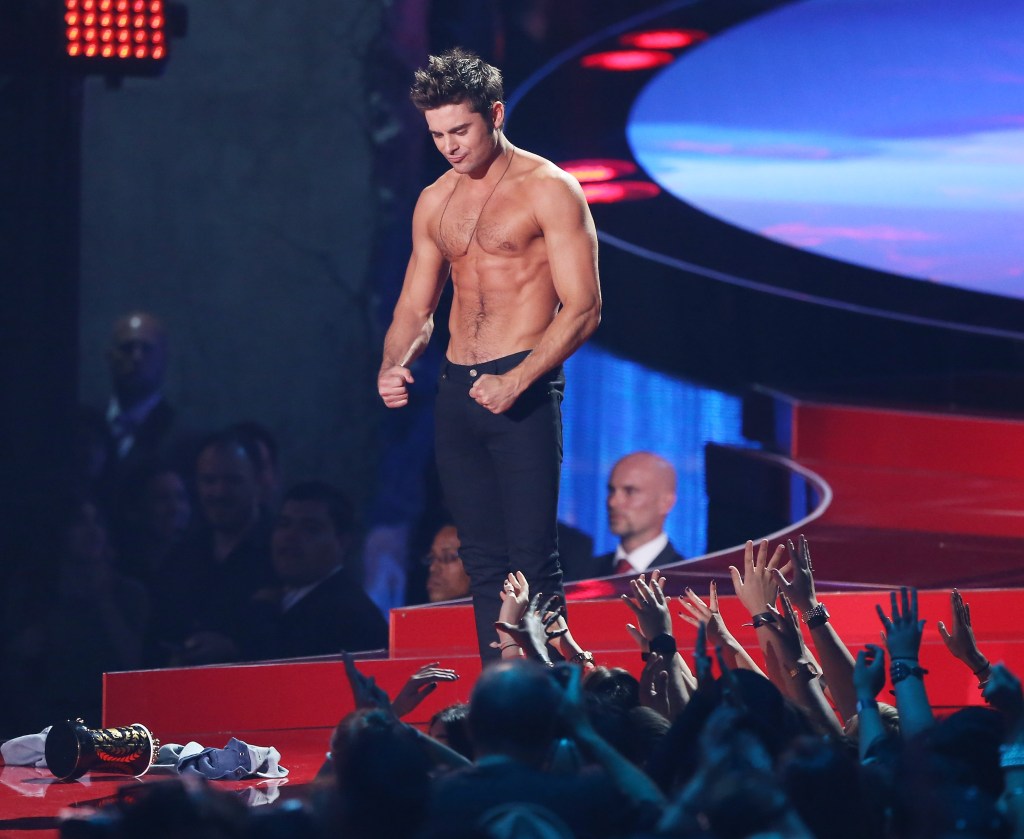 Maybe Efron is following his own advice:

On February 28, Efron and Bro both attended the Los Angeles Kings hockey game.  Though it’s unclear whether the duo went together or just happened to coincidentally pick the game against the Dallas Stars to grace with their presence.

It was the athlete’s first time at a game, she confessed on her Instagram photo. Bro can be spotted sporting a jersey while in the team’s locker room. She wrote, “Thank you [Kings] for making my first hockey game something very special … I’m already a fan!”

Efron shared a photo—albeit a more subtle photo—of his support of the team. He rocked a hat featuring the LA Kings writing, “@lakings in overtime #freehockey”

Hopefully we’ll start to see more of this budding romance in the weeks to come. Spring is here, after all! For now, please enjoy these “bro” gifs. The pool is ENDLESS.