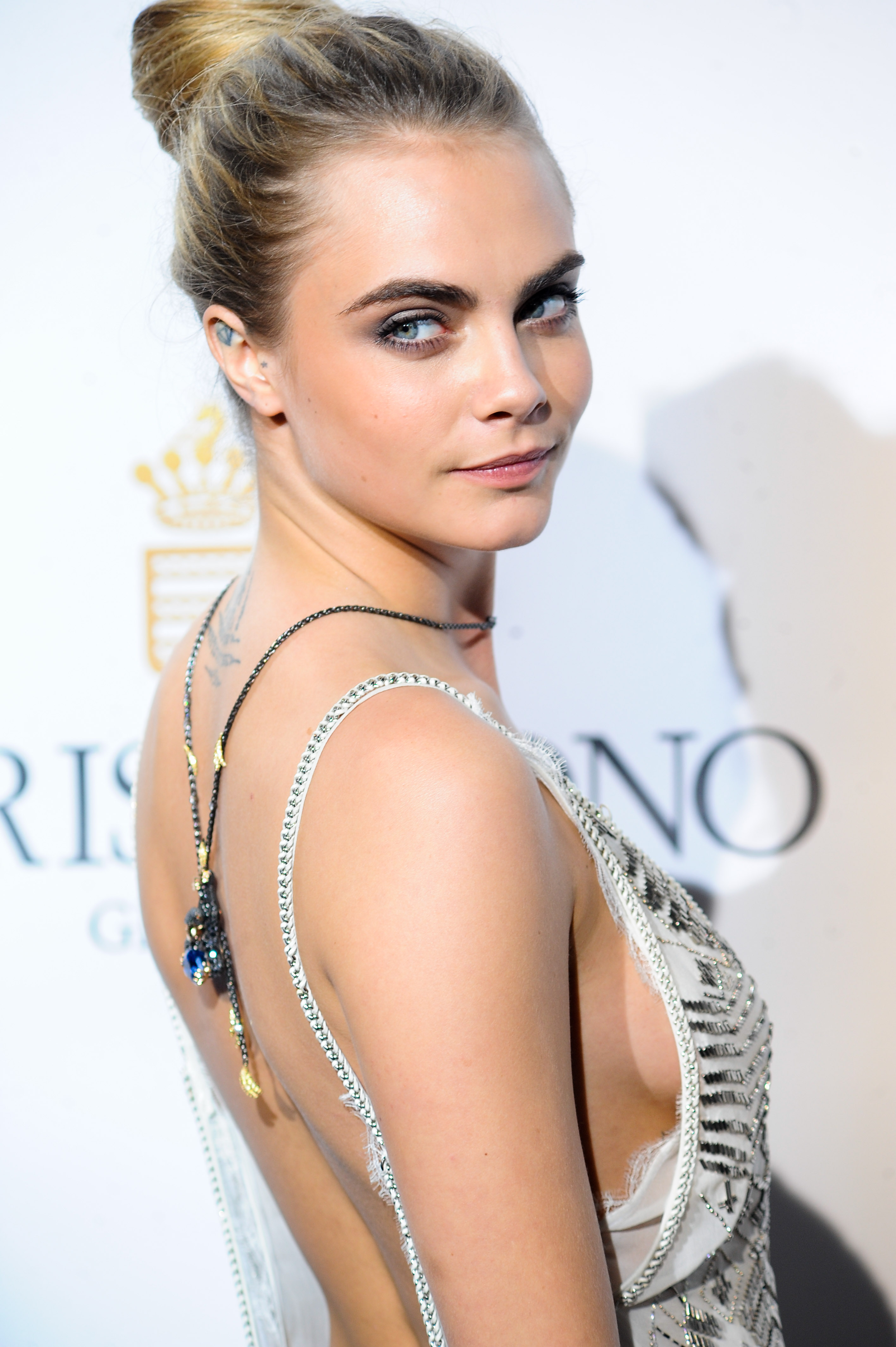 During the past few weeks, it seems as though every major celebrity is miraculously finding their long-lost twin.

It started a few weeks ago when Kim Kardashian was accused of copying Serbian pop star Jelena Karlusa’s look. With their matching icy blonde hair, curvy bod, and affinity for black fur and oversized Celine sunglasses, it’s hard to argue with the fact that really do look scarily similar.

The Serbian celeb, who has a large social following of her own (nothing compared to Kim, obviously), called the 34-year-old reality queen out on Instagram with the all-telling hashtag #illtakeitasacompliment. Kim’s fans immediately came to her defense and heated debates broke out all over Instagram. Kim’s reaction: not fazed one bit. In fact, she simply double tapped Jelena’s accusatory Instagram and shook the haters off, like she always does.

The twin frenzy continued as Taylor’s Swift found, and made public, her doppleganger.  Magazines and news sites splashed ridiculously overzealous headlines claiming that “you have to see this!” and “you won’t believe this!” and that the girls are “identical.”

Tay’s supposed twin, a regular gal named Morgan, told Cosmopolitan that when she saw that the pop star had re-blogged her Tumblr photo with the caption “lol I thought that was me,” she “died.”

TBH, they do look alike: Morgan is currently rocking the same haircut as Swift and she’s just as tall. With a bright red lip and a pair of black Wayfarers, Morgan totally could pass as the celeb. However, wipe off the lipstick and remove the sunglasses, and the similarities are a lot less dramatic. 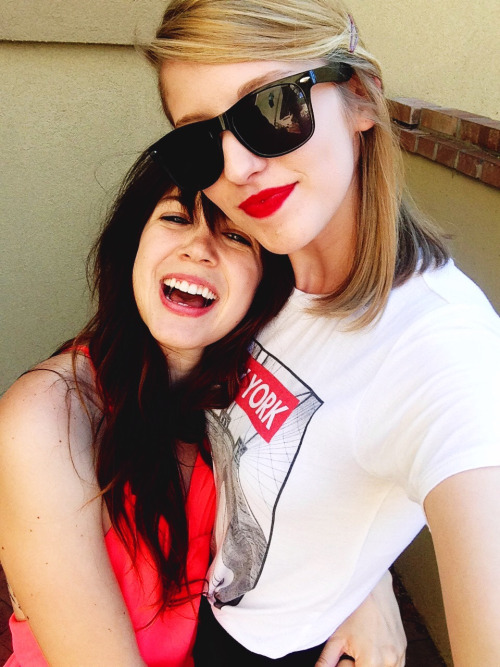 Just last night, Katy Perry ran into her lookalike at the premier of her “Prismatic World Tour” movie in LA. The fan was behind the barricades as Katy walked the red carpet and stopped to take selfies with her, obviously recognizing their similarities, which are pretty uncanny. 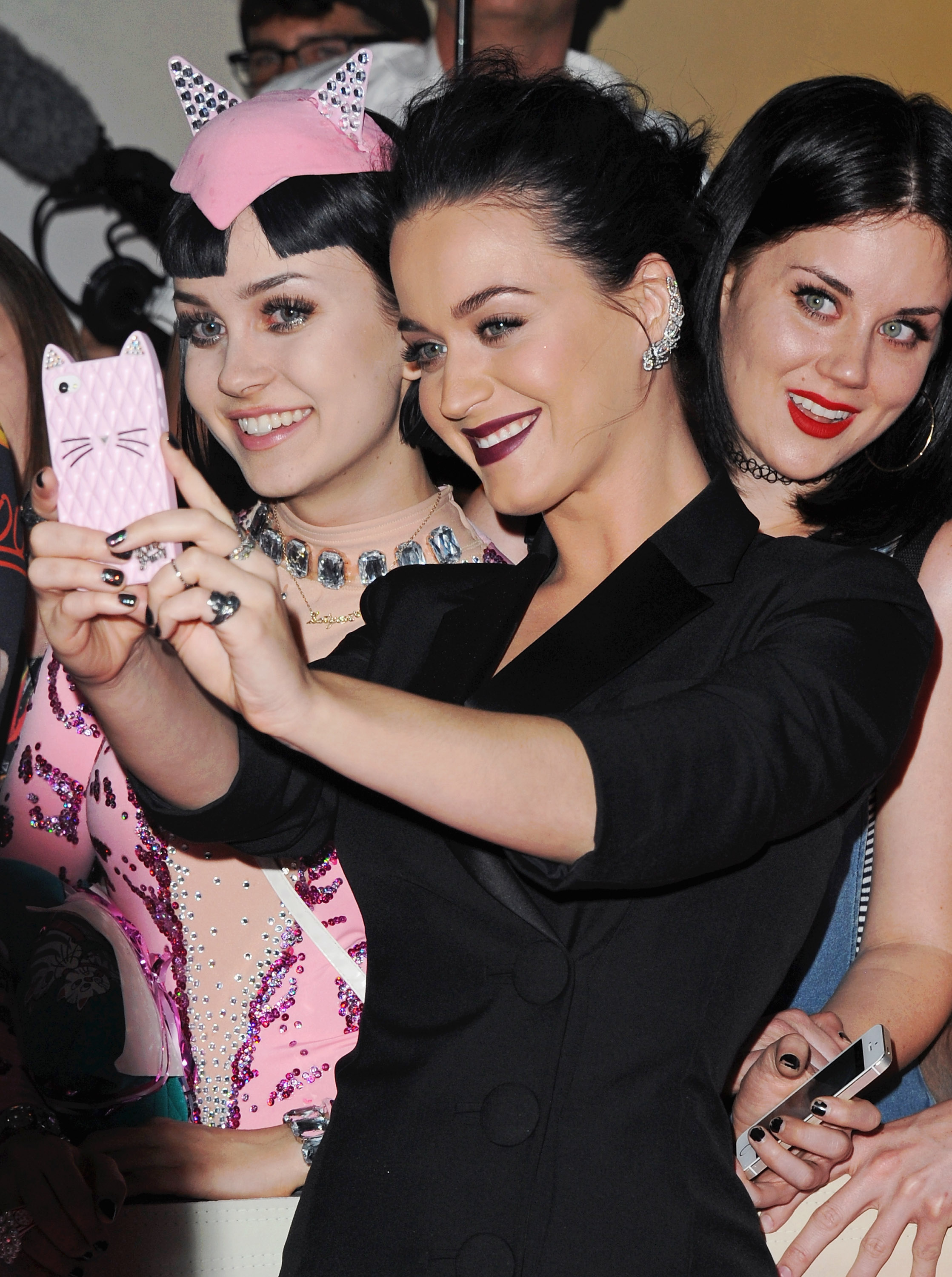 MORE: Cara Delevingne Just Landed a Side Job as a Magazine Editor

The final celebrity look alike that has been gaining some traction in the past few weeks is Cara Delevingne’s South American look alike. Olivia Herdt, the 14 year old beauty, has a lot of similarities to the supermodel turned actress‚from her light blue eyes to her signature brows.

Olivia has already racked up a pretty large following on Instagram, though Cara has yet to comment on her long-lost twin.