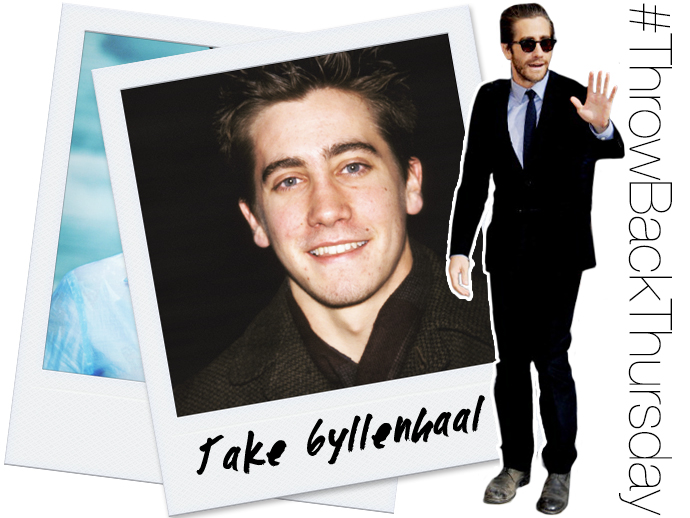 Happy birthday, Jake Gyllenhaal! The now-heartthrob turns 32 today, so we’re celebrating by taking a look back on who he was before he was super hot and steamy. And, as it turns out, as a 17-year-old, he was just as awkward as the rest of us! Hooray.

Gyllenhaal was born on this day in 1980 to a Los Angeles family that was already deeply engrained in show business. His father Stephen is a director, and his mother Naomi is a screenwriter; then, of course, there’s older sister Maggie, who also got bit by the acting bug.

The photo above is Jake at the 1998 premiere of “Patch Adams.” Three years later, he would get his breakthrough role as the titular character in Richard Kelly-directed moody sci-fi flick “Donnie Darko.” The rest is history: Jake is a critically acclaimed actor, and even received an Oscar nod for his role as homosexual cowboy Jack Twist in 2005’s “Brokeback Mountain.”

We only partially wish we could quit you, Jake. But since we can’t, we’ll keep eyeballing your career as hard as we do your adorable face. Happy birthday!