Ever feel eternally jealous when you gaze at supermodels like Gisele Bündchen? Ever console yourself with the thought that they probably suffered though an awkward adolescent phase in middle school, just like you?

Well, this photo will probably burst that bubble. The Queen Bee of the Brazilian supermodel, Gisele Bundchen, recently posted the most spectacular #ThrowbackThursday Instagram ever, featuring herself and three friends sporting black boy shorts and military-inspired crop tops with sassy epaulettes. Yes, there is posing; yes, there is red lipstick; and yes, Gisele looks flawless. 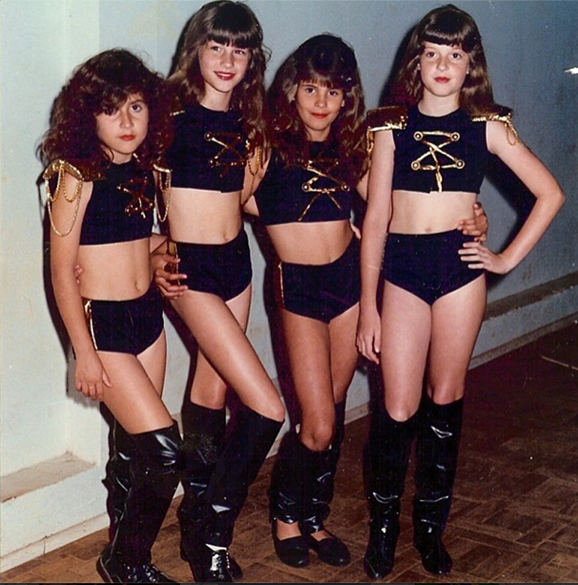 Gisele captioned the photo: “Ready to the show..How about the hairdo?? hahahaha #tbt #1992 #greatmemories 👯🎤😂.” She would have been about 12 years old in the photo—proof positive that her “awkward phase” never existed, and she’s been supermodel-ready from Day 1. The outfits the group is wearing look like they could have been ripped from a Versace runway, and we are pretty sure, should we have it in our closet, we would rock it right now.

Sigh. It turns out, supermodels really are just born that way.