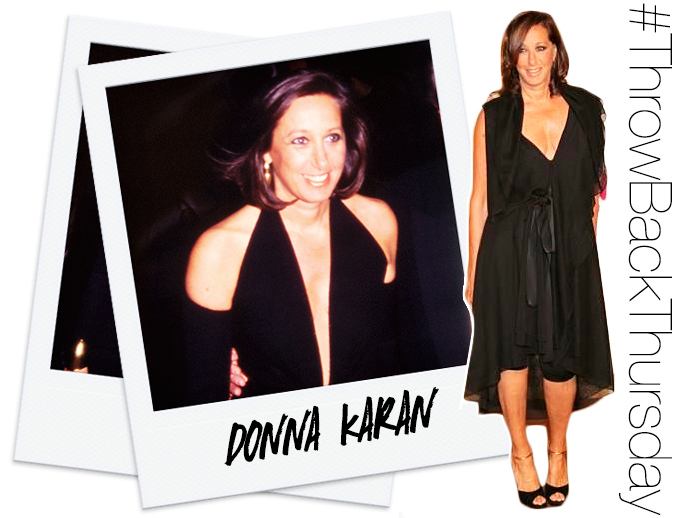 Few American fashion designers have been as successful as Donna Karan. The 64-year-old New York native has been an industry fixture for decades, and this New York Fashion Week, she reached a very important milestone. Her line DKNY celebrated its 25th anniversary. Naturally, it was in a rather fabulous fashion, with a party that included endless champagne and performances from buzzy stars like Rita Ora and A$AP Rocky.

Karan got her start in the industry at Anne Klein in the 1970s, where she was head designer for over ten years. Then, her and late husband Stephan Weiss went out on their own to start her eponymous label. Of course, these days it’s expanded beyond simply Donna Karan Collection. There’s DKNY Jeans, DKNY Kids, DKNY Men, and DKNY Juniors—just to name a few. There’s also beauty and home, proving that extending her empire was the smartest thing she ever did.

Back in 1984, Karan was just starting her own line—and here she is at a glamorous gala wearing a plunging black gown. Although the necklines have certainly come up in recent years, Karan has always favored a black cocktail dress—and why wouldn’t she? They look great on her!

What do you think of this week’s #ThrowbackThursday? Let us