Warning: Spoilers for YOU season 2 ahead. The second season of YOU introduces several new characters, but none of them are more mysterious that Joe Goldberg’s new obsession: Love. So, who plays Love in YOU season 2? Well, for Netflix fanatics, actress Victoria Pedretti may look familiar from another of the network’s thrillers: The Haunting of Hill House.

Pedretti starred as Eleanor “Nell” Crain (a.k.a. The Bent-Neck Lady) in 2018’s The Haunting of Hill House, which is also on Netflix. The actress will also star the lead in the anthology’s second season, The Haunting of Bly Manor, which is expected to premiere in 2020. As for her role in YOU, Pedretti plays Love Quinn, a cook at the grocery-store/bookstore that Joe works at in Los Angeles. As expected, Joe becomes smitten with Love, whose brother, Forty, is Joe’s boss. The two date, but unbeknownst to Love, Joe has a dark side and has been secretly stalking her—much like what he did to his ex-girlfriend, Beck, in YOU season 1. At the end of YOU‘s first season, Beck discovers evidence that links Joe to at least two murders. When Joe realizes this, he locks her in a glass cage. Beck tries to escape, but Joe catches her and, seemingly, kills her. Afterward, he publishes Beck’s journal, which includes details about Joe’s murderous behavior, to frame someone else—Beck’s therapist Dr. Nicky—for her death. 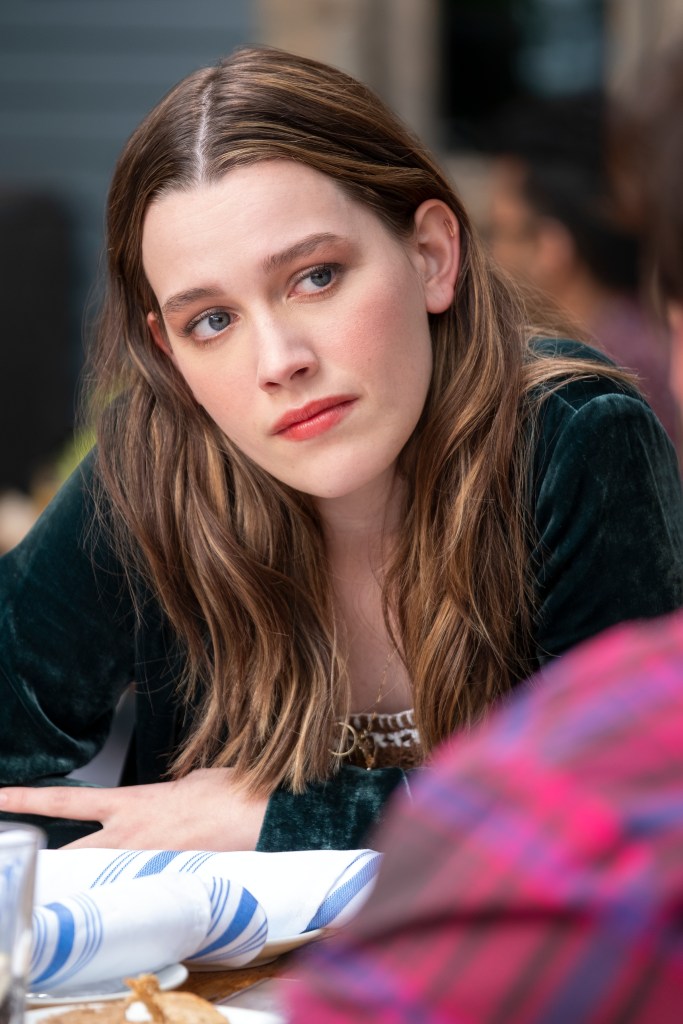 The first episodes of YOU season 2 seem to follow in the same pattern. Joe meets girl. Joe becomes obsessed with girl. Joe’s obsession turns deadly. However, YOU is smarter than that, and the season 2 twist, which involves Love, is nothing like the end of YOU season 1.

As for Pedretti, along with being Netflix’s new scream queen, the actress has also starred opposite Leonardo DiCaprio and Brad Pitt in 2019’s Once Upon a Time in Hollywood. We’re sure to learn a lot more about her, but first, let’s find out Love’s deal in YOU.