Warning: Spoilers for YOU season 2 ahead. If you’ve started the second season of YOU on Netflix, you may be wondering: Wait, Is Beck still alive in YOU season 2? The character (again—spoilers ahead) makes an appearance in the first few episodes. But is that really her? And if so, how can she be alive after Joe Goldberg seemingly murdered her in the final moments of the YOU season 1 finale? Our answers ahead.

Long story short, Beck is (probably) still dead. The character makes her first appearance in season 2 after Joe stalks Love to a lunch with her friends. As he leaves, he sees Beck across the street, but when someone bumps into him and he takes his eyes off her for a split second, she’s gone. “Am I losing my mind?” he says via a voiceover. Beck returns later in the episode when Love surprises Joe at his apartment and the two get into an argument. After Love storms out, Joe sees Beck, who confronts him for killing her.

Beck appears again in episode 8 when Joe and Forty get high on acid and work on a film script based on Beck’s book, which Joe published after her death. (The book was based on Beck’s diary about Joe, which Joe used to frame her therapist, Dr. Nicky, with her murder.) Tensions rise as Forty reads lines from Beck’s book. “You’re not special. You’re broken. I could never love you. You are the bad thing,” Forty says as his voice morphs into Beck’s. The line leads Joe to choke Forty, who think it’s just part of the scene, before Joe has an emotional breakdown.

So, back to our previous question, is Beck still alive? No. Her appearances in YOU season 2 are simply Joe’s imagination. (Plus, she wears the same clothes every time she appears.) Season 2 sees Joe confront his violent, obsessive and controlling behavior in season 1. When he stalks Love to a lunch with her friends (in the same way he did to Beck in the first season), Beck appears across the street. When Forty reads Beck’s journal entries about how dangerous Joe is (without knowing that it’s about him, of course), Joe becomes unhinged. 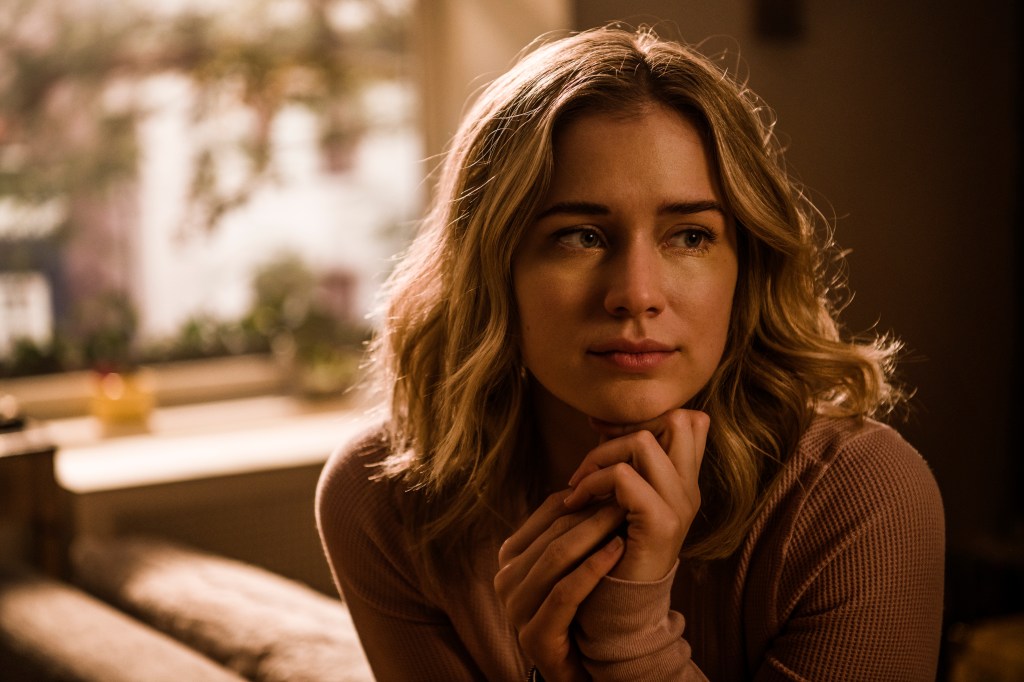 Joe doesn’t think of himself as a killer, but Beck’s reappearances (though imaginary) remind him of his bad behavior. While we never see Joe kill Beck in either season 1 or season 2, it doesn’t seem like she’s still alive. (Who knows what season 3 will bring though?)