Warning: Spoilers for YOU season 2 ahead. The second season ofYOU follows Joe Goldberg as he moves from New York to Los Angeles to start fresh. Among the new characters Joe meets is Ellie Alves, a teenager who lives in Joe’s apartment complex. So who plays Ellie in YOU season 2?  Well, the actress’ name is Jenna Ortega, and you may recognize her from several popular shows.

For audiences of YOU, Ortega, 17, may be best known for playing young Jane Villanueva on The CW’s Jane the Virgin. The actress starred as a teenage version of Gina Rodriguez’s character for five seasons. Ortega is also a Disney Channel star, though she’s best known for her voice work. The actress voices Princess Isabel on Disney’s Elena of Avalor, which has been touted as one of the most significant Latinx children’s series. Other than that, Ortega has also had roles Iron Man 3, Disney Channel’s Bizaardvark and Insidious: Chapter 2.

As for YOU, the actress plays the younger and rebellious sister of Delilah, an investigative journalist and Joe’s neighbor. She’s also an aspiring filmmaker, which plays an important role in her becoming close to one of Joe’s enemies. In the first episode, Ellie and Joe get into an argument after he thinks that she’s videotaping him on her phone. Paranoid because of his past and not wanting to go to jail for his murders, Joe breaks Ellie’s phone. Ellie then tells Joe that she was simply recording a movie for a project, which leads Joe to apologize and buy her a new phone. 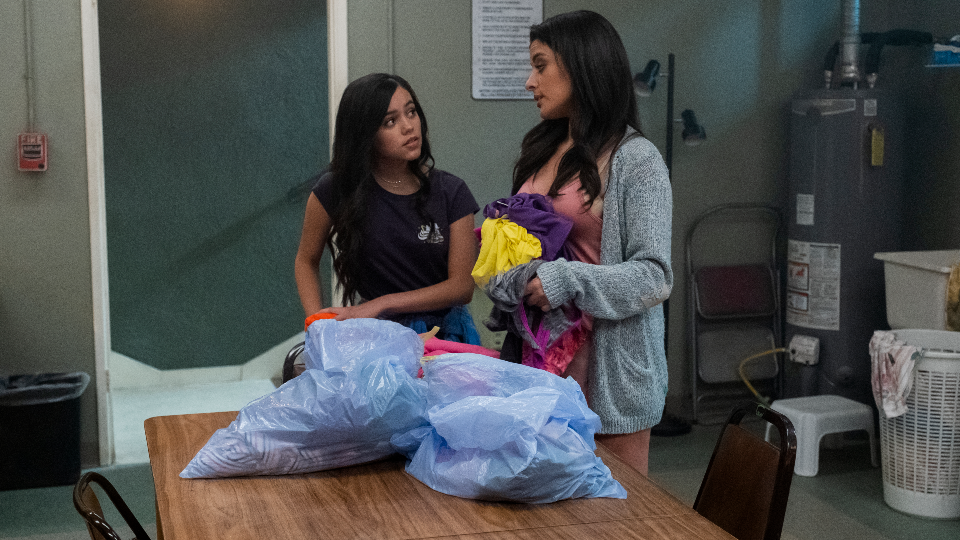 We won’t spoil what happens next, but Ellie has a wild storyline and plays an important part in what happens to Joe at the end of YOU season 2. She may be young, but the character packs a punch, so Joe better watch out.