Anyone who’s seen YOU on Netflix knows it’s not for the faint of heart. The show has death, blood, gore and a serial-killer psychopath named Joe Goldberg. Given this, we asked YOU season 2 star Ambyr Childers if she could tell the difference between Joe and a horror movie line.

Childers plays Candace Stone, Joe’s thought-to-be-dead ex-girlfriend, in YOU‘s first and second season. Viewers who have seen YOU‘s second season  know that Candace is back with a vengeance. After the season 1 twist that revealed that she is, in fact, not dead and very much alive, the character returns to hold Joe accountable for the murders and crimes he’s committed. We won’t spoil the season 2, but as Childers told StyleCaster for her digital cover story in December, the show is unabashedly dark.

“The whole idea for her is to protect anyone that Joe is coming after,” Childers said. “Maybe she goes and does immoral things. But she has no choice. This is not a show about unicorns and butterflies. This is a show about Joe Goldberg going after people, murdering them and putting them in crazy situations.”

Childers also warns fans to not romanticize Joe’s behavior, despite how charming the character (and actor Penn Badgley) may seem. “People have to understand that that is not normal behavior,” she said. “You cannot act like that in a normal world. I understand that that’s the fantasy of it. But for me, personally, I wouldn’t want someone stalking me. I don’t get off on someone obsessing over me. That’s not a healthy relationship in my opinion.” 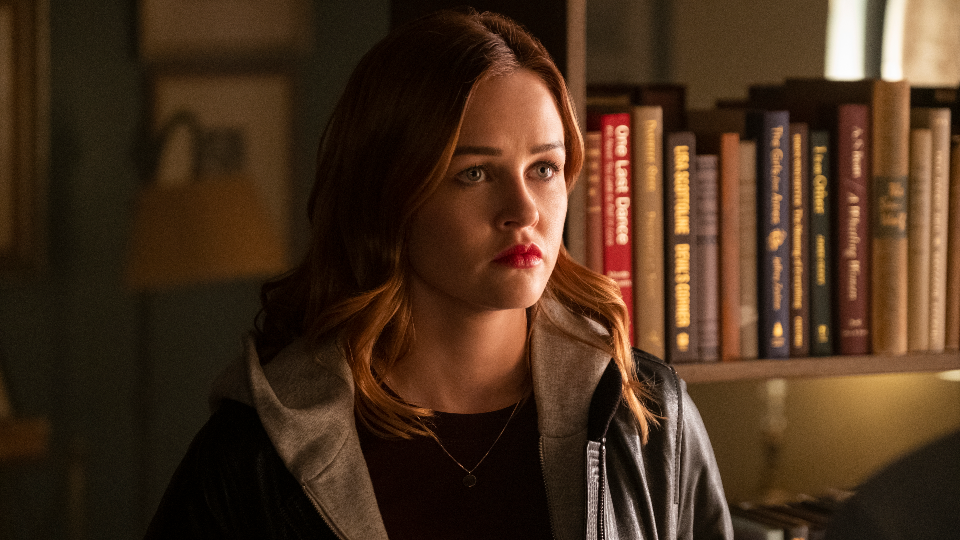 In celebration of the release of YOU season 2 on Netflix, we tested Childers on her YOU and horror movie knowledge. And like Candace, she knew her stuff when it came to serial stalkers and murderers. To find out how well she did, watch the video above.