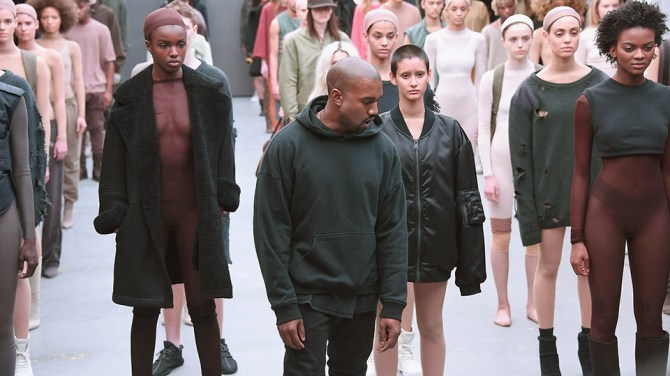 Because Kanye West is all about the fans, now you can join the ranks of stars like Rihanna, Nicki Minaj, Elton John, Jay Z, and Drake as a Yeezy collaborator, thanks to the rapper-turned-designer’s latest project.

Kanye put out a casting call for 1,200 paid extras for his Yeezy Season 3 presentation, which will be shown at Madison Square Garden, alongside a live premiere of his hotly anticipated upcoming album, Waves (a.k.a. the album formerly known as Swish and the source of much Internet drama) during New York Fashion Week. The February 11 show sold out in just 10 minutes and will feature the performance art of Vanessa Beecroft, West’s collaborator for his past two Adidas Original presentations and his Yeezus tour.

The rapper’s also paying extras for their time, although not much: You can expect to earn around $50 to $80 for intervals ranging from 5 to 8 hours. However, extras will get access to the runway show and meals (important!), so if you’re looking to be a part of Yeezy Season 3 or are just looking for a way to get into the sold-out show, step this way and apply right here.

MORE: The 40 Most Naked Celebrity Instagram Photos of All Time