Happy New Yeezy! Some creative genius got the brilliant idea to build a website that converts things Kanye West actually said—either in interviews or in his songs—into new year’s resolutions. It’s called New Yeezy Resolutions, and it is awesome. 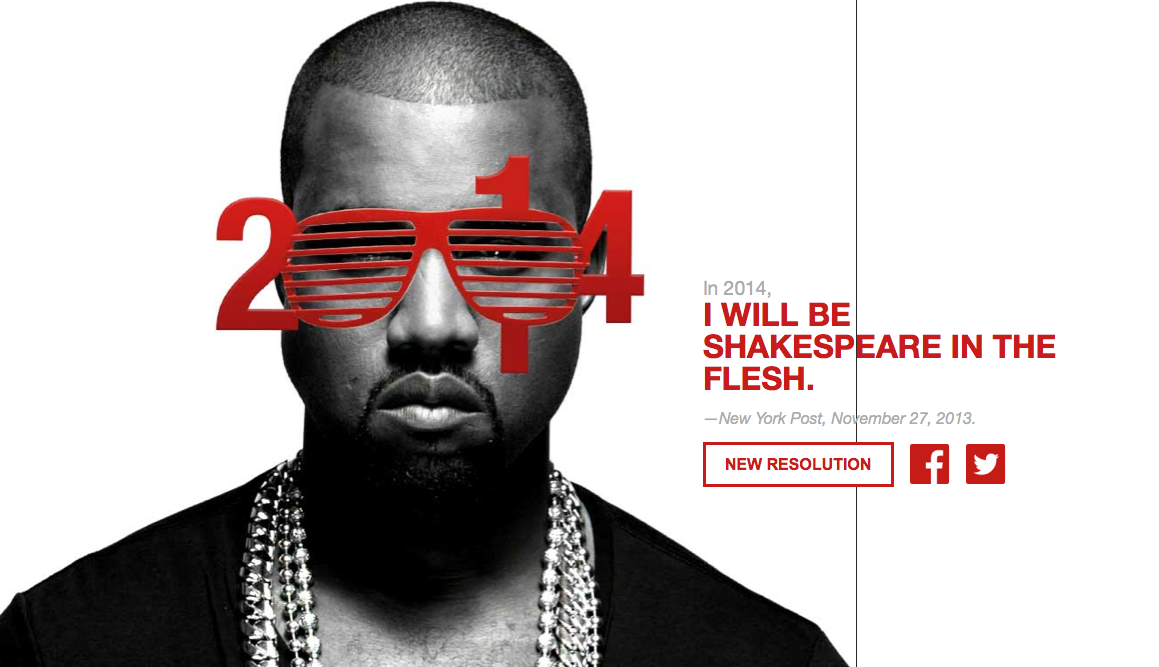 Bonus: in a style Kanye himself would appreciate, the site is extremely easy to use: Go to NewYeezyResolutions.com and simply enjoy. Keep clicking “New Resolution” for hours of fun, including such gems as “In 2014, I will be Shakespeare in the flesh,” and, “In 2014, when I wake up, it will be philanthropy.” (Whatever the hell that means.)

While we’re still prone to the belief that Please Help Me Beyoncé is the better of the two sites, there’s no denying that New Yeezy Resolutions gives it a fair run for its money.

And we can thank the Internet for the birth of these pop culture phenomena, both of which adhere to the zeitgeist-y trend of taking the work of famous people and twisting it into something hilariously time-wasting. And we love it!

Head to New Yeezy Resolutions to get started wasting time while simultaneously educating yourself of some of the best lines to escape the mouth of one Kanye West.