Fact: We love a good beauty hack. So far, we’ve learned that you can use nipple cream as lip balm from Margot Robbie, a toothbrush as a foundation applicator from, again, Margot Robbie (girl’s got a lot of hacks), and Elmer’s glue as brow gel from Beyoncé. Next up to the spread the wisdom: “Black-ish” star Yara Shahidi, who dropped the bombshell that she really is just like us, because she definitely used lipstick as blush to prep for the red carpet recently, which is something we’ve done in a pinch.

MORE: Yara Shahidi Talks Beauty, “Black-ish,” and the $3 Curl Product She Swears By

Thing is, it turns out that Shahidi’s makeup artist actually embraces lipstick as blush for its easy pop of color. Rather than using a traditional powder blush, or even going in the direction of a cream blush, makeup pro Emily Cheng went with lipstick as she prepped the 17-year-old actress for the Teen Choice Awards last weekend.

In an interview with Us Weekly, Cheng explained that she wanted to make the star appear to be “fresh off the runway.” (For a peek at her style, head over here for a look at the final product.) “It was all about beautiful skin,” Cheng said.

Cheng started things off by rubbing mattifying fluid into Shahidi’s face to make sure there wouldn’t be any shine on the red carpet. Next, she hit the actress’ T-zone with a tissue and contoured her cheekbones and jawline with two shades of foundation. To finish things off, Cheng used a touch of lipstick on Shahidi’s cheeks, blending with an oversize foundation brush. 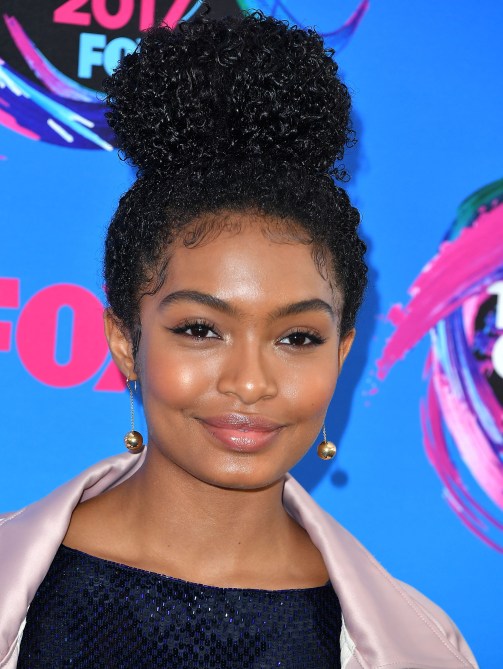 There you have it, folks. Yara Shahidi’s secret to red-carpet-ready cheeks. So, if you’ve got an excess stash of lipsticks, try out Shahidi’s hack and, who knows, maybe your blush collection will become extinct in the near future.