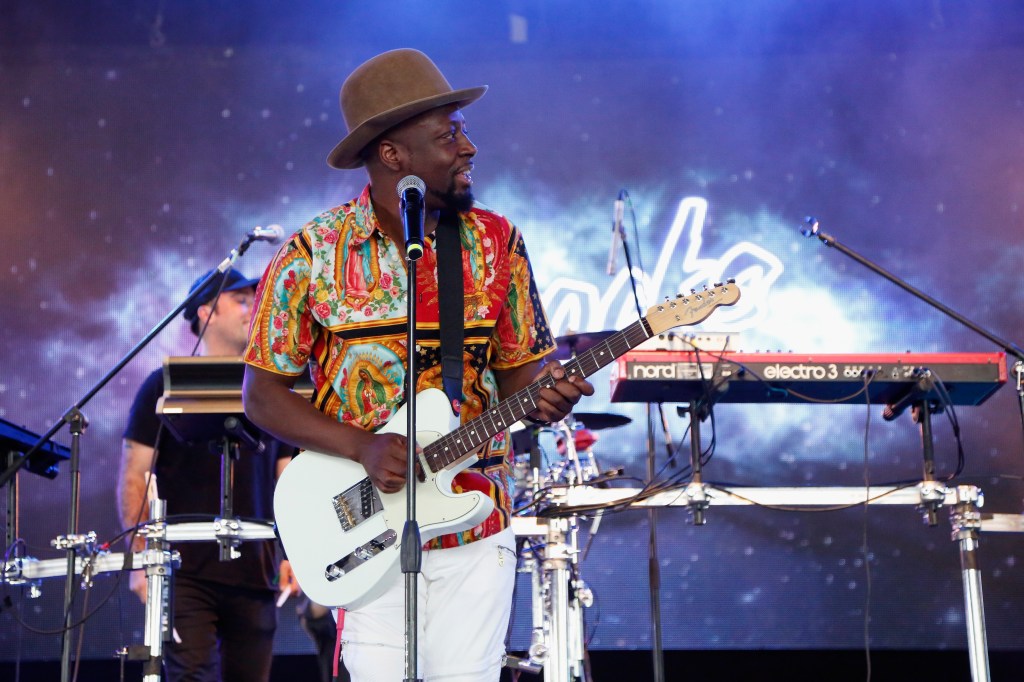 For me, high school in Manhattan the late ’90s was all about one thing—the Fugees. My friends and I would swagger around the hall clutching our copy of The Score, sporadically belting out lyrics like “How many mics do we rip on the daily?” In college, it was all about Wyclef Jean’s second album, The Ecleftic: 2 Sides II a Book. He’d left the hip-hop trio a few years before and went out on his own—and you couldn’t shotgun a beer without hearing the ska-inflected beat of  “It Doesn’t Matter” or walk into a party without mouthing along to “Perfect Gentleman” and its insanely catchy chorus (“Just ’cuz she dances go-go/It don’t make her a ho, no.”)

Basically, I’ve always thought Wyclef was the man—smooth, cool, musically interesting—so when I had the chance to interview him at the recent opening of New York’s Renaissance Hotel Midtown it was a no-brainer. But instead of talking about the past, I wanted to get to know the guy behind some of the songs that I’ll forever associate with milestones in my own life and decided to do it with our 21 Random Questions survey; a dossier reserved for intriguing celebrities about whom you’d actually want to find out how they take their coffee and what their favorite curse word is.

And Wyclef didn’t disappoint—he replied to all 21 questions without hesitation—including one very important one about “Sex and the City.”

What would make up your last meal on earth?
Red snapper with some white rice.

What’s your idea of happiness?
Spending quality time with my daughter. She’s 11.

What’s your idea of hell on earth?
Putting me in a room with, like, nothing but chocolate and tying me up and telling me I can’t eat that chocolate. That’s fucking hell on earth.

Who was your first celebrity crush?
Angelina Jolie.

What’s something you find really, really annoying?
When I was in high school, my [mother] was on welfare and I almost went to jail, and it just seemed like I was invisible. Then it’s 20 years later, and you at the party and some motherfucker you don’t even know is like, “Yo, remember me from high school? I  looked out for you, man.” And I’m like, “Motherfucker, I don’t know you.” I hate people faking that they knew me when they never knew me.

Greatest virtue?
I’m glad you’re not asking Donald Trump that question. He’d give you a thousand answers. Probably my kindness—you can feel my warmth naturally, right?

Favorite movie of all time?
“Kama Sutra: A Tale of Love.” You ever see it? You’re going to watch it now, aren’t you?

Favorite piece of clothing you own?
It’s my red Speedo. Online there’s a pic of me naked on a Duchati in my red Speedo. That picture got a lot of flak, but for me, that red Speedo always reminds me of how sexy I’ll always be.

If you could come back as one person, real or fictional, who would it be?
I want to come back as Wonder Woman. She flew an invisible plane and landed on a planet with nothing but beautiful women.

How do you take your coffee?
Black with brown sugar.

What’s your most-used emoji?
The heart, the red one.

Quick: What’s the first thing you think of when you hear the name Justin Bieber?
“What’s up Wyclef, I need you to do a shout-out for my Facebook.” He was a little kid, and I didn’t even know who he was yet. I was like, This kid’s gonna make it, his grind is [crazy].

Favorite curse word?
Motherfucker. Because with motherfucker, it can be a noun, adjective, adverb, pronoun—all relative to how you choose to use it.

So, do you think Carrie should have ended up with Big or Aidan?
I think she needed to end up with Big. I’m a realist, and I’m a New Yorker. To me, the characteristics of Big naturally seemed like that would have been a long-lasting thing.