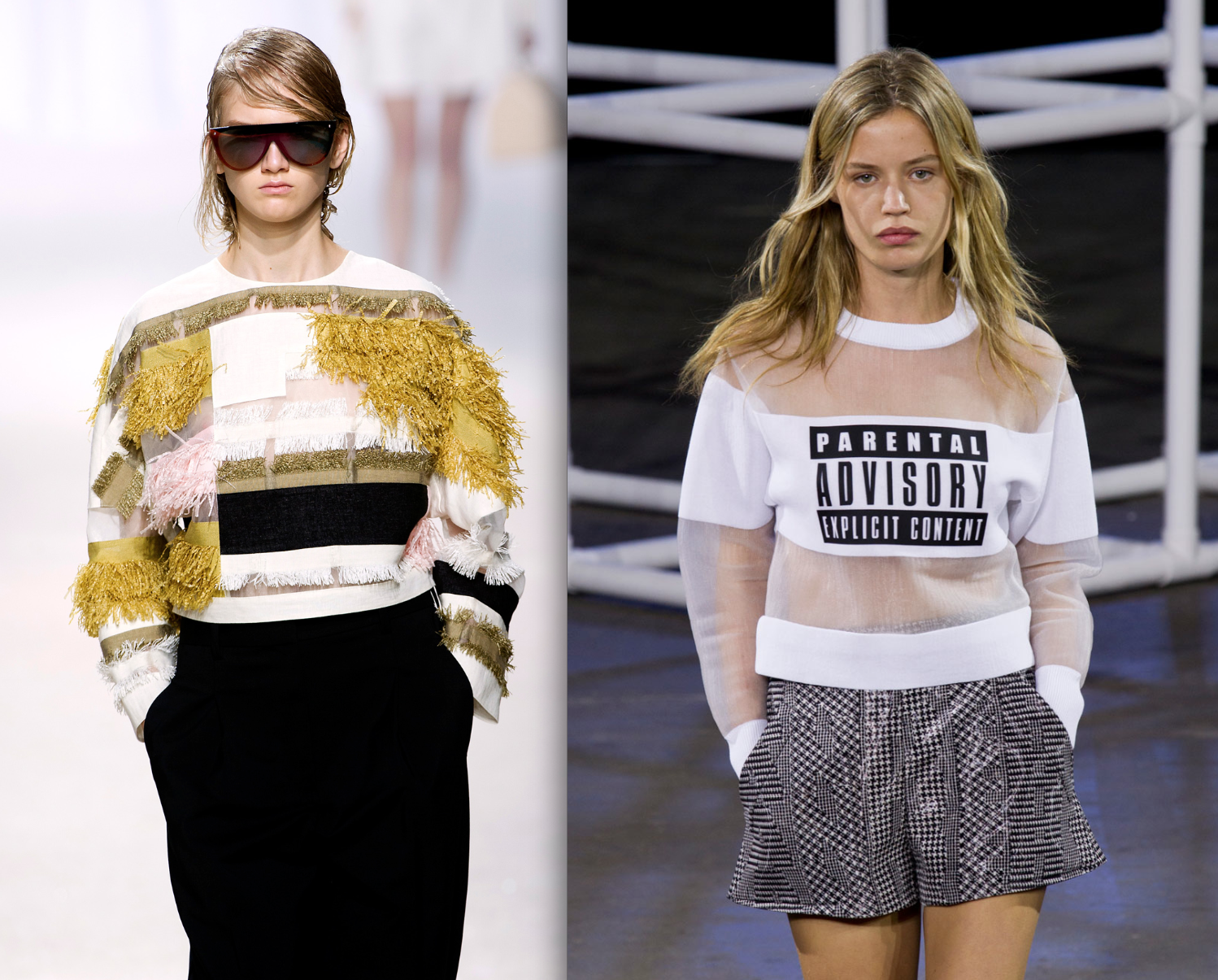 Around here, we’re endlessly talking about all the bags, the shoes, and other luxury delights we’d buy if we had an unlimited budget (ah, the dream!). So, we decided to take that idea and make it into a fun fashion game for you, our readers, in which we ask: Would you rather buy one designer item over the other, and if so, which one? Read on to get started!

The Contenders: Anyone remotely familiar with the looks that walked the runways at New York Fashion Week this Spring 2014 season is well aware of Alexander Wang’s “Parental Advisory” sweatshirt. In the opposing corner: a fringe-covered sweatshirt from Phillip Lim’s Spring 2014 collection, similarly unlined and with mesh cutouts.

The Prices: Wang’s creation (with no lining, we remind you!) costs nearly $1,000, which is no big deal if you’re Rihanna–but for the rest of us mere mortals, it’s quite the chunk of change. No word yet on just how much Lim’s piece costs, but if it’s anything like his insanely popular Pashli bags, we’re guessing a pretty penny.

So, which would you rather have? Vote below!

MORE: Would You Rather: A Classic Céline Bag or a New Balenciaga?