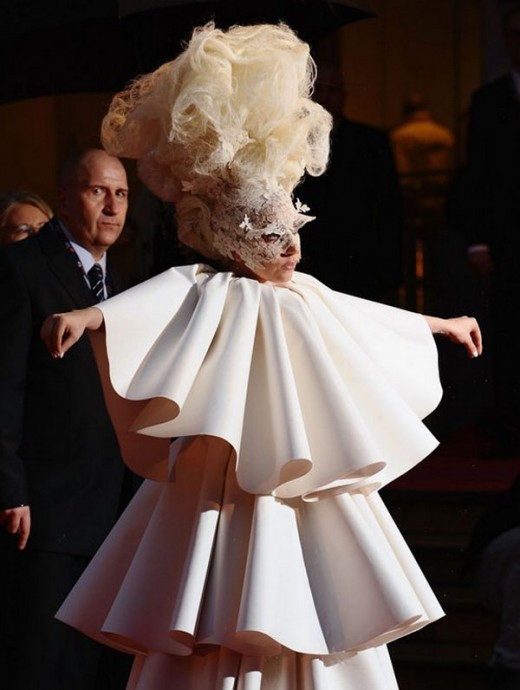 Yesterday, it was announced that Lady Gaga is planning a “media blackout.” What exactly does this mean? According to Mother Monster, following her interview that will air on Oprah’s OWN Network this Sunday, she is going to shut herself up. “Other than this interview, Oprah, I do not intend to speak to anyone for a very long time…No press, no television, if my mom calls and says, ‘Did you hear about it…’ I shut it all off,” she said.

So what exactly does this mean? Considering Gaga’s star power, she doesn’t really do interviews anyway. Believe me, I’ve covered many a red carpet — and you can always tell which celebs are going to stop to chat with press. Let me say that Gaga is just actually not one of them. I guess we can’t look forward to more Katie Couric Thanksgiving specials anytime soon.

Anyway, I don’t really care about this and I actually think it’s sort of obnoxious that she’s making such a big stink about taking some time off. Maybe she has a bun in the oven. Regardless, during her absence, who will fill our void of major freakiness on and off the red carpet? The obvious answer is Nicki Minaj, but who else can rise to the occasion?

Even though she’s actually normal and a new mom, Beyoncé would do a great job of taking this throne. She is known for her outlandish and dramatic outfits, and she is nothing if not fierce. She has a new album coming out, and we can only imagine what it will sound like. She has my vote as the placeholder while Gaga’s away.

Who do you think can hold the throne?