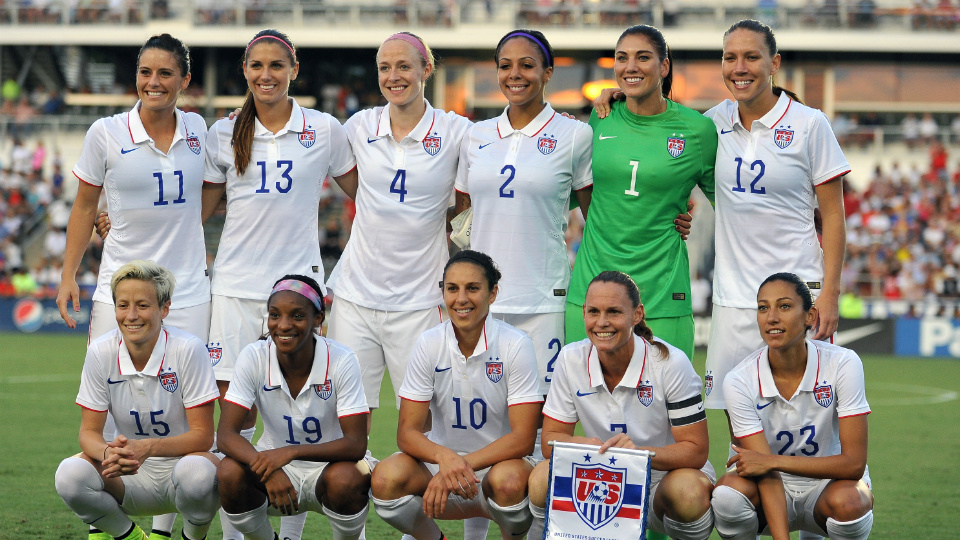 The pay gap issue is once again front and center, as five key members of the world champion U.S. women’s national soccer team—including superstars Hope Solo, Carli Lloyd, and Alex Morgan—are accusing the U.S. Soccer Federation of wage discrimination in a federal complaint filed on behalf of the whole team.

The members appeared on the “Today” show Thursday to explain their position. “I think that we’ve proven our worth over the years. Just coming off of a World Cup win, the pay disparity between the men and women is just too large. And we want to continue to fight,” said Lloyd.

“Proven [their] worth” is a pretty massive understatement: Among their many successes, USWNT obliterated ratings records for soccer games in America—we’re not really considered a country who lives and dies by the sport—with a record 26.7 million people tuning in to crush Japan in the World Cup final. The women have also won three straight Olympic gold medals as well as three World Cup titles. The men have never won either.

According to “Today,” when the women’s team won the World Cup in 2015, they earned $2 million in prize money, which was given to the national federation to be distributed to the players and the organization. The men’s team—which didn’t win anything—earned $9 million. (In case you’re wondering, the men’s team that did win the Cup, Germany, scored a whopping $35 million.) That’s $33 million more.

“We are the best in the world, have three World Cup Championships, four Olympic Championships, and the [men] get paid more to just show up than we get paid to win major championships,” Solo said, and she couldn’t be more correct.

For its part, U.S. Soccer issued a statement Thursday, saying it is “disappointed” that the action was taken.