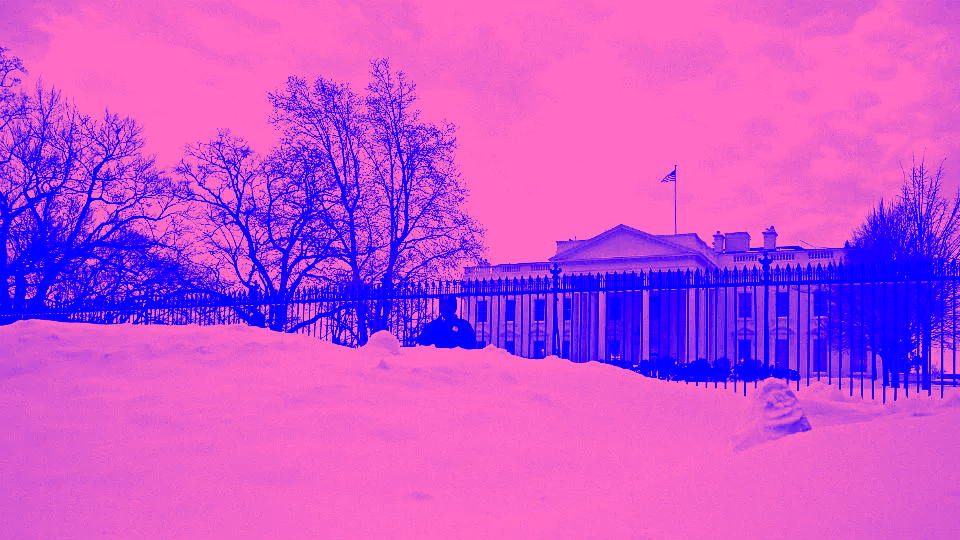 When Beyoncé sang about girls running the world, she probably wasn’t being entirely literal. But after a massive blizzard pretty much destroyed Washington and brought the nation’s capital to a standstill this past weekend, it ended up being 100 percent true.

Only a handful of lawmakers managed to make it to Capitol Hill on Tuesday, and, as one senator noted, they all happened to be women. Yes. Every. Single. One.

“Perhaps it speaks to the hardiness of women that put on your boots and put your hat on and get out and slog through the mess that’s out there,” Senator Lisa Murkowski, a Republican from Alaska, told the Washington Post. Though, we think that maybe being from Alaska, Murkowski might have the edge on any senators—male or female—from warmer Southern states.

And it wasn’t just a few men managed to show up. Murkowski said that everyone in the Senate Tuesday—from the floor managers to pages to parliamentarians—were women who got themselves through the slushy, slurry mess to, you know, run the country.

“Something is genuinely different—and genuinely fabulous,” Murkowski told the paper. We couldn’t agree more. Now, if only they could do something about those pesky Senate bathrooms.