According to a survey of 1,000 women conducted this April, one out of every two women (yes, half) are willing to lie to their significant others about the price they paid for a new pair of shoes or other accessory. Additionally, 20% of women surveyed admitted to being “more turned on” by a new pair of shoes than by their romantic partners. Yikes!

Additionally, and perhaps less surprisingly, 25% of women refuse to remove their shoes no matter how painful they are. No surprise there, except perhaps that the number is so low. Check out more fascinating shoe stats in the infographic below!

Have you ever lied to your significant other about how much you paid for a pair of shoes? Vote in the poll below! 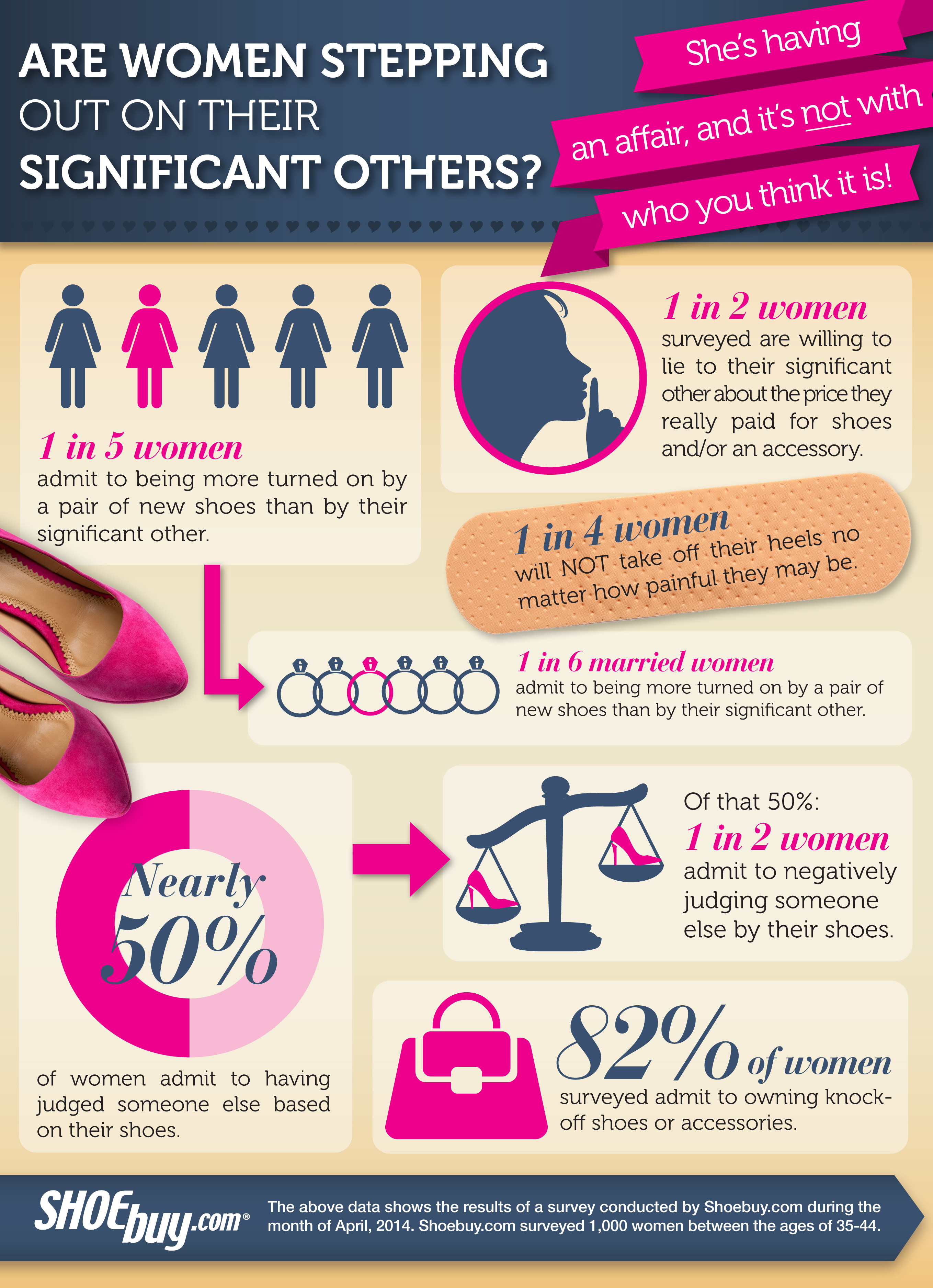