The Black Lives Matter movement has rallied to become one of the strongest revolutions this country has ever seen. Thousands have taken to the streets to protest after viewing the murder of George Floyd caught on film, and thousands have called for action against the murderers of both George Floyd and Ahmaud Arbery. For weeks, the unjust murders of these black men were the focus of front-page headlines, social media activism and real-life protest. However, in the midst of seeking justice for these two men, it became evident that Black women are being forgotten during the Black Lives Matter movement.

When we talk about police brutality, Black women are often an afterthought. As a result, they’ve received the last scraps of the movement. Breonna Taylor is arguably one of the most straightforward examples of this. She was an essential worker, an EMT on her way to becoming a nurse, a woman on the frontlines of the battle against COVID-19. It’s been four months since she was murdered in her own home, fast asleep beside her boyfriend. Four months since police officers entered her home after midnight with a no-knock warrant and killed her.

No one can dispute that what happened to her was unjust—so why is it taking so long to have her murderers arrested? One of the officers involved, Brett Hankison, has only recently been fired. Still, there’s been no indication that an arrest will follow for any of the three officers involved. Despite the passing of Breonna’s Law, which now bans no-knock warrants in Louisville, no further consequences beyond Hankison’s firing have been presented for any of her murderers. 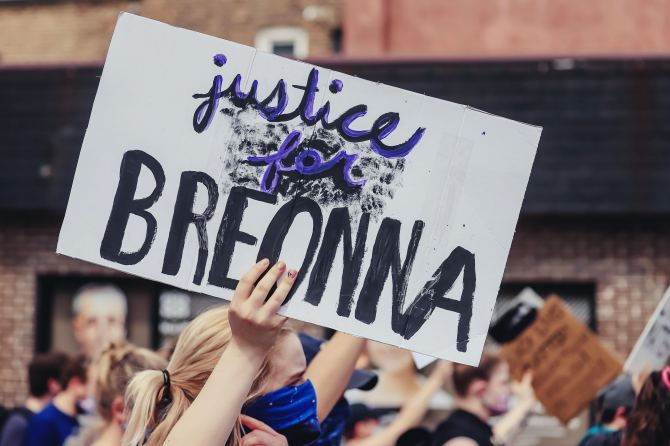 At first, Breonna Taylor’s death was not highly publicized, nor did it receive the same impassioned response as the recordings of George Floyd and Ahmaud Arbery and their murderers. We watched these Black men killed on camera, and because of this, our outrage has been easier to channel and express. In recent weeks, though, Taylor’s death has reached social media in insurmountable waves. People have signed petitions and demanded the arrest of her murderers, but more disturbingly, her murder has since transformed into a means to gain societal clout. I wake up everyday to new tweets and Instagram stories calling for justice for Breonna in the form of memes.

“Allies” have turned her murder into a meme under the guise of wokeness. The social media posts may have good intentions, but ultimately do not translate well. It’s a reminder that there is still justice that needs to be fought for, but limiting efforts to social media reposts does more harm than good for the movement. It’s a form of misogynoir and evidence of the consistent erasure that Black women endure daily. Breonna Taylor’s murderers are still walking free, uncharged. She deserves to be more than a passing reference when we talk about Black lives lost.

Fight for Black women without them having to remind you that their lives matter, too.

The #SayHerName campaign was created by the African American Policy Forum in December 2015. This movement was created to uplift the voices of Black women who have become victims of police brutality, established in an attempt to rectify the lack of coverage Black women received in comparison to men. Recent headlines make it more apparent than ever that this is still an ongoing problem. We are standing by as Black women fight for visibility, allowing the media to let another Black woman slip under the radar.

It’s important we adjust our allyship quickly, as Breonna Taylor is not the only woman who needs our action. Black Lives Matter activist Oluwatoyin Salau was just 19 years old, found dead in Tallahassee, Florida at the hands of Aaron Glee Jr. In the same week, we lost two Black trans women: Dominique Fells and Riah Milton. These and other Black women are not pawns for you to use for social activism points. None of these women have been fought for with enough fire and passion. Black women are not getting the attention they deserve. 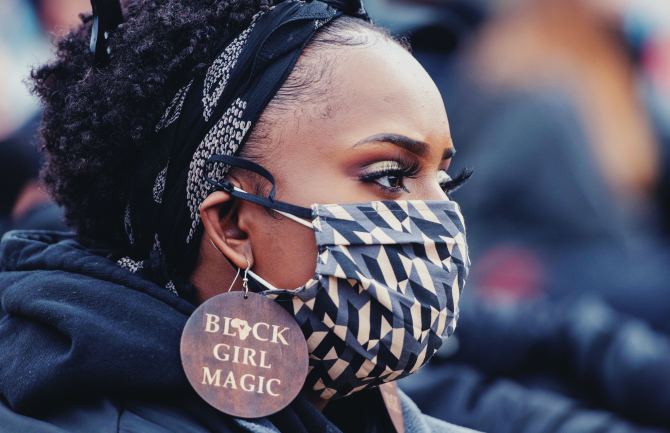 Listen to Black women when they say your activism is making them uncomfortable. Fight for Black women without them having to remind you that their lives matter, too. Educate yourself and be a better ally. We must be better as we learn and we must do so without expecting Black women to patrol our education. Black women’s lives matter today and they mattered yesterday and the day before. They matter when they’re alive and when they’re unjustly murdered. They matter as you read this article and the second you stop reading it.