Curled up on a bronze leather couch at The London New York City hotel in midtown Manhattan, Joey King traces her fingers along the wall. “I love this wall,” she says, drawing abstract lines and curves on the tan velvet wallpaper.

The moment is perhaps the only instance of childish whimsy I see from King, 17, during our hour-long conversation. After all, she turns 18 at the end of this month. But other than her age, King’s wise-beyond-her-years persona might come from her 10-plus years playing precocious little sisters (Emma Stone’s in “Crazy, Stupid, Love”), daughters (Channing Tatum’s in “White House Down”), and granddaughters (Michael Caine’s in “Going in Style”) on film and television. “I got to grow up around a lot of people who I admire and look up to,” King says.

The next on-screen family member King will adopt is Ryan Phillippe in July 14’s “Wish Upon,” a horror film about a teenage girl whose wishes to become popular end in tragic consequences. However, instead of playing sidekick to her more seasoned co-stars like she did for the bulk of her career, King—now dressed in a baby pink blazer, cropped jeans, and silver metallic heels, with her shaggy chestnut brown hair resting on her shoulders—is finally ready to take the lead. 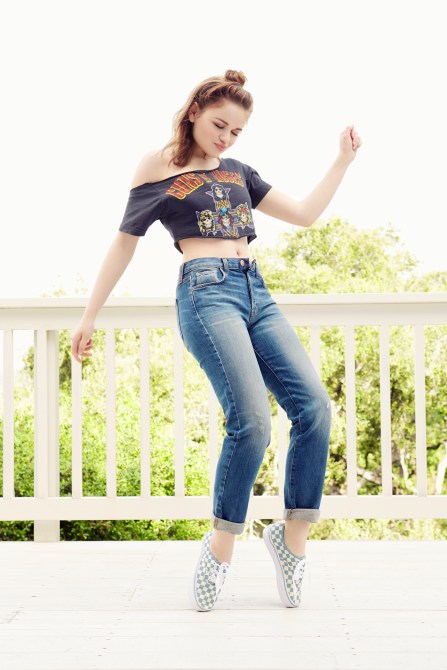 Raised in a suburb of Los Angeles, King, the youngest of three daughters, began acting at 3 in community theatre productions with her sisters. It didn’t take long before she made the move on-screen, beginning with a Life cereal commercial at 4. “I didn’t have any lines. I was gluing Life cereal onto a piece of paper as a craft project, and I started eating it,” King said. “It was a cute little thing.”

Soon after, King started landing guest spots on shows like “The Suite Life of Zack and Cody” before scoring her big break as Selena Gomez’s baby sister in 2010’s “Ramona and Beezus,” a role that solidified her decision to pursue acting professionally. “I was like, ‘This is for me forever,’” King says, “I just had so much fun. It’s just continued with the same amount of fun every time I go on set.” 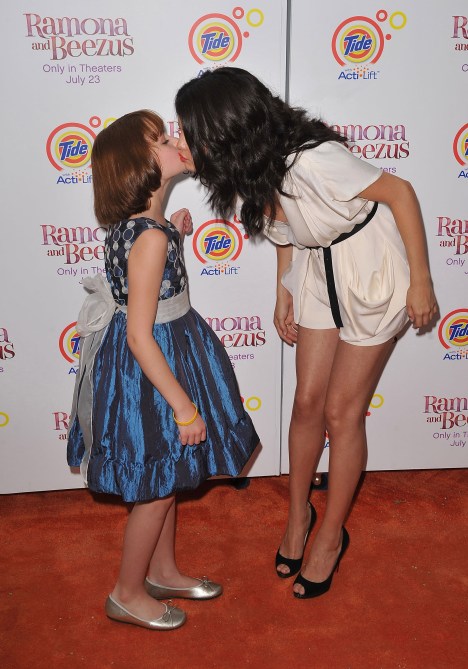 But when it came time for “Ramona and Beezus” to premiere as King was entering third grade at a new school, the experience was far from a dream. As King was appearing on movie screens across the country, she received groans from her classmates, who outcasted her for her acting career. “They hated me before they met me,” King says.

However, King knew better to retaliate. Instilling a lesson she learned from Gomez, who she admits she still keeps in touch with, on killing with kindness, King took the high road, concentrated on her work, and brushed the bullies off her shoulders. “Selena was 16 when she did the movie. I’m almost 18. I really looked up to her as an older sister…She really took me under her wing and treated me like family.” King says. “We had conversations about staying humble and being nice to everyone and working as hard as you can.”

King carried Gomez’s lessons on humility throughout her career. It’s likely what landed her a part in Taylor Swift’s music video for her 2010 single, “Mean,” in which King played an outcasted schoolgirl forced to eat alone in the bathroom. It’s also likely what inspired King’s glass-half-full attitude, as evidenced by her positive outlook on everything from Twitter trolls (“They motivate me”) to hardships at school (“I loved the teachers”) to her first-ever kiss with Keegan Allen in 2011’s “The Sound and the Fury” (“I was super-duper nervous, but it all worked out.”) 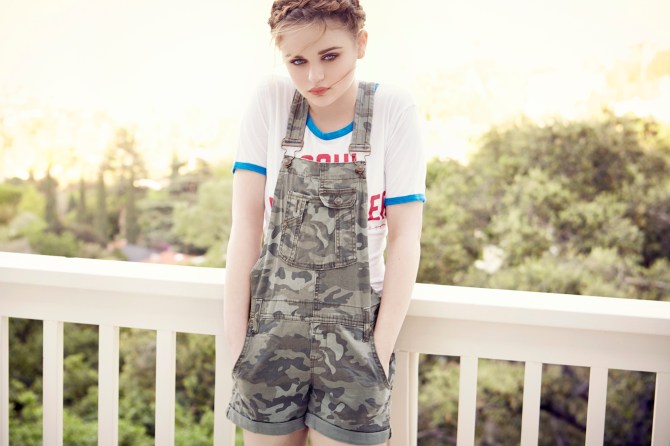 But King’s confidence wasn’t always this high. Though her career ascended rapidly—with on-screen gigs opposite A-listers like James Franco, Julianne Moore, and Kate Hudson under her belt by 13—King was still subject to online bullying, especially after she shaved her head at 11 years old to play Talia al Ghul in 2012’s “The Dark Knight Rises.” “People were like, ‘You look like a little boy. We hate you.’ All these weird things,” King says. “I went to my sisters and my mom and cried about it and was like, ‘I don’t understand how they could be so mean.’ But then I realized how stupid and childish [the bullying] was.”

The experience toughened King up to the industry and taught her the importance of representing diverse images on-screen, especially after frequenting the Children’s Hospital Los Angeles, where she bonded with patients over their shaved heads. “There are little boys and little girls who have illnesses who lose their hair, King says. “That doesn’t make them any less beautiful and amazing, so why would you criticize me for that when there’s so many other people who look like that? I just didn’t understand that.”

King’s passion for positive representation is likely why she sees “Wish Upon” as more than a horror. In it, King stars as Claire, a mercilessly bullied high school student, who is so desperate to be well-liked that she is willing to sacrifice lives—a storyline King sees as close to home given her own bullying experience. “Even though it’s a scary movie, it brings awareness to a thing that’s so terrible that kids fear in real life everyday,” King says. “Besides scary movies, it’s a fear of bullying. It’s high school. It’s a scary thing for them.”

King’s advice to overcoming bullies is simple. “Don’t feel like you have to change who you are,” she says. “The right thing is to just be you.”

This mindset is likely what kept King immune from the pressures of fame over the years. “People always associate being a child actor and growing up in L.A. with, ‘They’re going to go crazy one day!’ But I don’t even think that’s an option for me, ever,” she says. “I’ve never done anything where I feel like I need to be under this microscope and people are watching to see if I make a mistake or not. If I make a mistake then I make it. I make mistakes all the time. It’s not a big deal.”

Though her stardom is rising—especially with another anticipated horror, “Slender Man,” based on the urban legend of a tall, featureless figure who abducts children, out in 2018—King has largely remained the same. Despite the designer clothing and brag-worthy on-set stories—like when her and Channing Tatum came up with their own secret “Chanshake,” or when she made Emma Stone shield her mid-scene so she could put on deodorant, or when she drove Liam Hemsworth’s car to 7-Eleven without his permission—King still considers herself the same girl who fell in love with acting while eating Life cereal as a 4-year-old.

“It kind of blows me away when people are like, ‘I like your work.’ You like my work?” King says. “I’ve been so blown away by the stuff I’ve gotten to do. I couldn’t be more happy. I feel so lucky.” 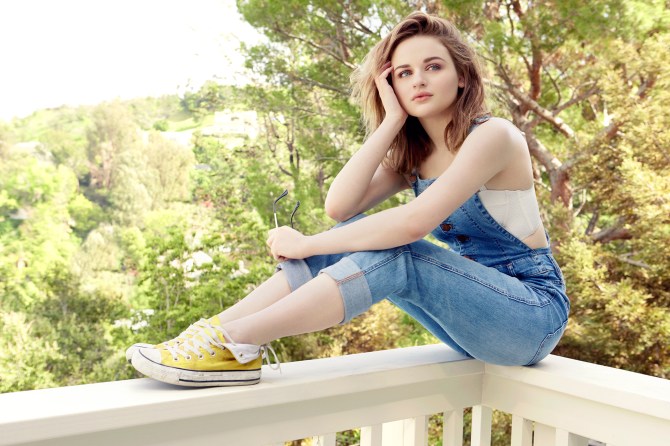 At the end of our conversation, King stands up, stretches her arms, and walks down the hall to a golden furniture-filled lounge, where her mom is waiting for her. King’s publicists—a man and a woman with dark hair—flitter down the stairs with their thumbs and faces glued to their iPhones, leaving King and her mom to ponder about lunch.

As I walk past King on my way out, I realize I forgot to catch the phrase on her t-shirt.

“Oh,” King says, pulling open her blazer to unveil her black t-shirt. “It says, ‘Nothing to see here.’”

It is something that is both far from and exactly the truth.