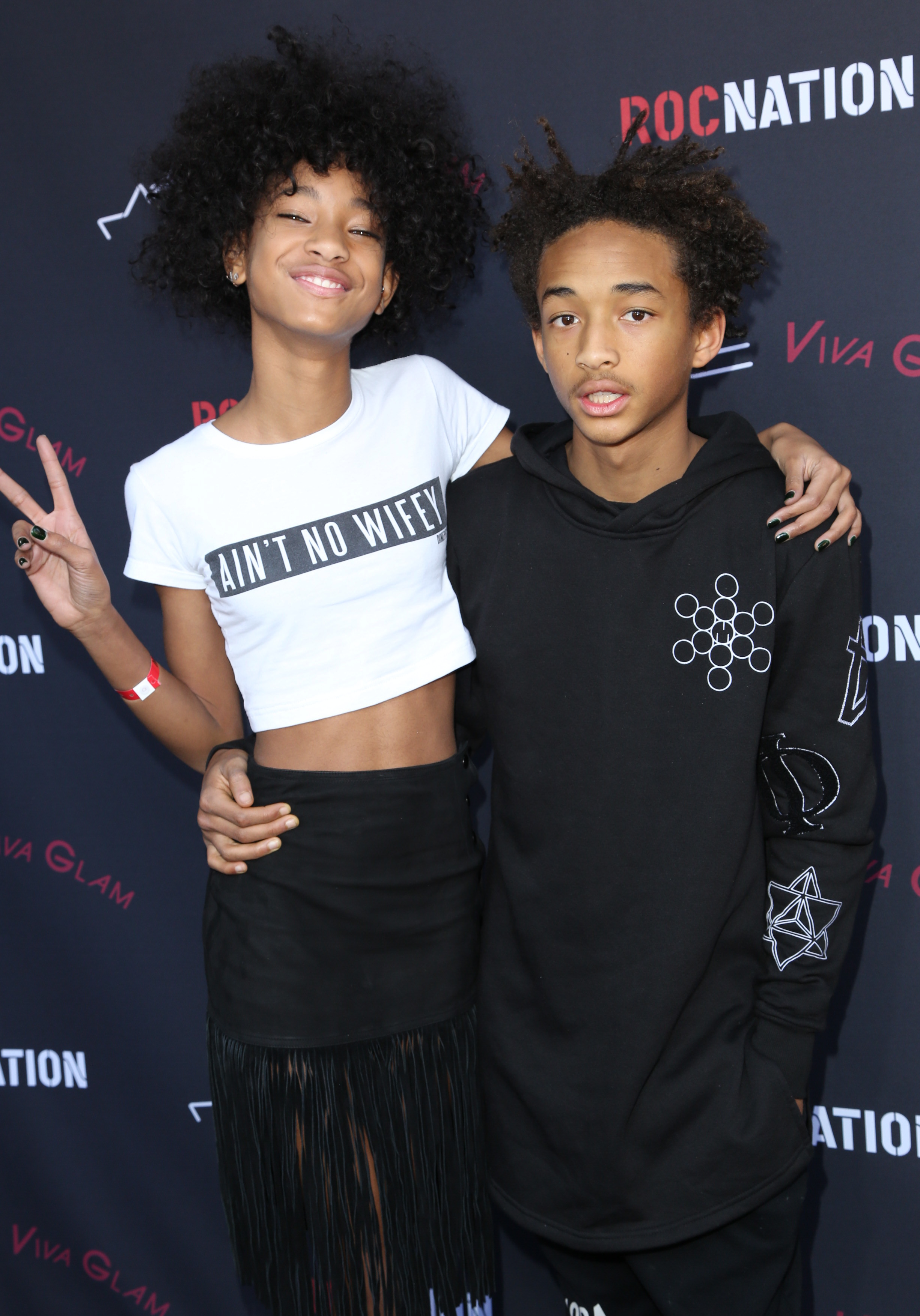 Teenage superstars Willow, 14, and Jaden Smith, 16—the offspring of Jada Pinkett Smith and Will Smith—are blowing minds with a bizarre interview they gave to New York Times‘ T magazine that’s got us—and the rest of the web—scratching our collective heads.

From Willow not believing in the concept of time to Jaden’s life goal of “being the most craziest of all time,” it’s clear these kids, well, aren’t ordinary kids. What’s interesting is that the interviewer basically tries to ask them fairly basic questions like “what are you reading?” and “what are some themes that recur in your work” and the two teens are mini vestiges of confusing, pseudo-intellectual sound bites—a few of which are highlighted below.

When you’re sufficiently baffled, head over to T and read the entire interview.

When asked about her music, Willow responds:
“And the feeling of being like, this is a fragment of a holographic reality that a higher consciousness made.”

Willow goes on to say though she doesn’t believe in time, she can control it:
“I mean, time for me, I can make it go slow or fast, however I please. That’s how I know it doesn’t exist.”

Jaden backs her up, adding:
“It’s proven that how time moves for you depends on where you are in the universe. It’s relative to beings and other places. But on the level of being here on earth, if you are aware in a moment, one second can last a year. And if you are unaware, your whole childhood, your whole life can pass by in six seconds. But it’s also such a thing that you can get lost in.” Willow then chimes in, “Because living.” Got it.

Then, they decide to tackle the subject of childbirth:

Jaden: When babies are born, their soft spots bump: It has, like, a heartbeat in it. That’s because energy is coming through their body, up and down.
Willow: Prana energy.
Jaden: It’s prana energy because they still breathe through their stomach. They remember. Babies remember.
Willow: When they’re in the stomach, they’re so aware, putting all their bones together, putting all their ligaments together. But they’re shocked by this harsh world.
Jaden: By the chemicals and things, and then slowly…
Willow: As they grow up, they start losing.
Jaden: You know, they become just like us.

Jaden is very concerned with the state of driver’s ed:
“Think about how many car accidents happen every day. Driver’s ed? What’s up? I still haven’t been to driver’s ed because if everybody I know has been in an accident, I can’t see how driver’s ed is really helping them out.”

Instead, he’d rather attend the school of life:
“Here’s the deal: School is not authentic because it ends. It’s not true, it’s not real.  Our learning will never end. The school that we go to every single morning, we will continue to go to.”

And here’s Jaden’s view on … apples?
“Because your mind has a duality to it … so when one thought goes into your mind, it’s not just one thought, it has to bounce off both hemispheres of the brain. When you’re thinking about something happy, you’re thinking about something sad. When you think about an apple, you also think about the opposite of an apple. It’s a tool for understanding mathematics and things with two separate realities. But for creativity: That comes from a place of oneness. That’s not a duality consciousness. And you can’t listen to your mind in those times — it’ll tell you what you think and also what other people think.”

But have no fear, Jaden is determined to be the best he can be:
“I have a goal to be just the most craziest person of all time. And when I say craziest, I mean, like, I want to do like Olympic-level things. I want to be the most durable person on the planet.”