Saying goodbye. Sarah Jessica Parker revealed Willie Garson‘s last words to her before he died at the age of 57 from pancreatic cancer on Tuesday, September 21.

In an Instagram post on Friday, September 24, Parker—who co-starred with Garson on all six seasons of HBO’s Sex and the City from 1998 to 2004—wrote about how “unbearable” it’s been since her friend’s death. “It’s been unbearable. Sometimes silence is a statement. Of the gravity. The anguish. The magnitude of the loss of a 30 + year friendship,” she captioned a slideshow of photos of her and Garson over the years. “A real friendship that allowed for secrets, adventure, a shared professional family, truth, concerts, road trips, meals, late night phone calls, a mutual devotion to parenthood and all the heartaches and joy that accompany, triumphs, disappointments, fear, rage and years spent on sets (most especially Carrie’s apartment) and laughing late into the night as both Stanford and Carrie and Willie and SJ. Willie.”

Parker—who also starred alongside Garson in Sex and the City‘s two movies—also offered her condolences to Garson’s son, Nathen, whom he adopted in 2009. “I will miss everything about you. And replay our last moments together. I will re-read every text from your final days and put to pen our last calls,” she wrote.” Your absence a crater that I will fill with blessing of these memories and all the ones that are still in recesses yet to surface. My love and deepest sympathies and condolences to you dear Nathen. You were and are the light of Willie’s life and his greatest achievement was being your Papa.”

SJP, who is also set to star alongside Garson in Sex and the City‘s upcoming reboot, And Just Like That, ended her post with the last words Garson told her before his death. “These were his last words to me. “Great bangles all around.” Yes. Godspeed Willie Garson. RIP. X, SJ​,” she wrote.

Garson, who’s also worked on shows like White Collar and Hawaii Five-0, starred as Stanford Blatch, the best of friend of Park’s Carrie Bradshaw, in the Sex and the City franchise. Three months before his death, Garson told Us Weekly that he and Parker talked “almost every day” and that he considers her one of his “closest friends.” “As you probably know, Sarah Jessica and I were friends for 10 years before the show. And we’re still the closest of friends,” he said in June. “We talk almost every day.”

He continued, “We talk on, like, Twitter sometimes and whatever, but I don’t spend enough face time with Cynthia [Nixon]. I’m really looking forward to spending time with her, actually together.”

Cynthia Nixon, who played Miranda Hobbes in the SATC franchise, also paid tribute to Garson in Instagram after his death. “So deeply, deeply sad we have lost @Willie.Garson. We all loved him and adored working with him. He was endlessly funny on-screen and in real life. He was a source of light, friendship and show business lore. He was a consummate professional— always,” she captioned a photo of her and her late co-star. Nixon also issued her condolences to Garson’s son, Nathen Garson. “My heart goes out to his son, @Nathen_Garson. Nathen, I hope you know how much he loved you and how proud he was to be your dad,” Nixon wrote.

Kristin Davis, who played Charlotte York in the SATC franchise, was also among Garson’s co-stars who paid tribute to him on Instagram. “I first met Willie in 1995 on the spooky nighttime set of the X-files. He immediately made me laugh. Little did I know that we would have the joy of sharing Sex and the City + And Just Like That together,” she wrote. “Willie is beloved by our entire community. He was smarter and funnier than you ever would have imagined. We are bereft without him.”

She continued, “But I really want to pay tribute to his fearless commitment to single fatherhood. We spoke about being single parents through adoption often. And nothing gave him more joy and pride than his son Nathen. Nathen’s strength and wisdom beyond his years are evident in his beautiful tribute to his dad. The outpouring of love is earned dear Willie. I am thankful for all of the time we had and grateful that so much of your bright light is on film forever. Maybe we can do our pod cast the next time around ? We love you forever xoxo” 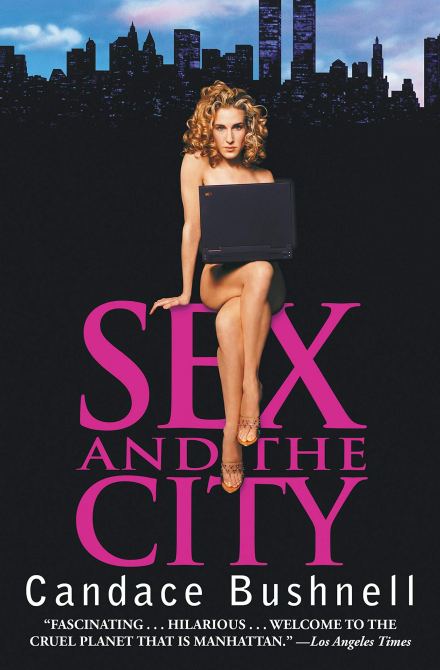 Sex and the City by Candace Bushnell

For more about Sex and the City, read Candace Bushnell’s book
that inspired HBO’s TV show and its two movies. Published in 1997 (a year before the premiere of HBO’s TV show), Sex and the City is a book of essays from Bushnell’s often candid and sometimes brutal dating column in the New York Observer. In the book, Bushnell, who is the real-life inspiration behind Carrie Bradshaw, introduces the reader to the IRL characters from HBO’s TV show—including Mr. Big and Samantha Jones—and tells the real dating stories that inspired some of SATC‘s most iconic episodes. Sex and the City is the book that started it all, and it’s a must-read for any true SATC fan.