Long gone are the days of Will Smith living with his “auntie and uncle in Bel-Air” on the Fresh Prince. Instead, Will Smith’s net worth is now impressive enough for him to enjoy his very own real-life mansion with his wife, Jada Pinkett-Smith, and their kids.

But much like his Fresh Prince character, Will Smith’s net worth wasn’t always so remarkable. The actor, who was born in West Philadelphia on September 25, 1968, had very humble beginnings as the son of a refrigerator engineer and a school administrator. Growing up, Smith dreamt of a music career as a rapper—and it didn’t take him long to follow that path. Smith partnered up with his childhood friend, Jeffrey Allen Townes, who made a name for himself as DJ Jazzy Jeff. Together, Smith and Townes formed the duo DJ Jazzy Jeff & The Fresh Prince. They were signed by Def Jam Records by 1986 and went on to release two chart-topping records with their 1987 debut Rock the House and their 1988 sophomore album, He’s the DJ, I’m the Rapper. The album’s single, “Parents Just Don’t Understand,” eventually landed them the first-ever Grammy Award for Best Rap Performance in 1989.

All these years later, Smith is more well known for his film and television roles than his music career, having worked as an actor, producer and more on dozens of blockbuster projects. Given this wildly successful run in Hollywood, it’s easy to envision how large Will Smith’s net worth is today. But what is Will Smith’s net worth, exactly? Keep on reading up ahead for everything we know about Smith’s net worth now.

Will Smith’s salary can range from $40 to $80 million on any given year. In 2021, Forbes reported that Smith earned almost $45 million the previous year alone—and that’s without releasing any new films. Instead, the actor made most of his money while socially distancing amid the pandemic. His content on Instagram, YouTube, Snapchat and TikTok earned him millions from the comfort of his own home.

How much was Will Smith paid for Fresh Prince of Bel-Air? 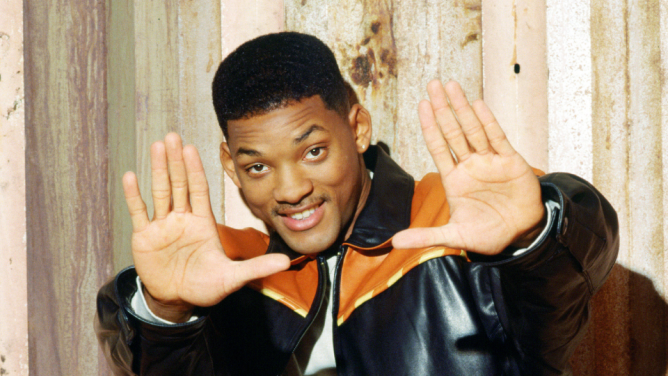 While Smith’s role in Fresh Prince is arguably his most famous leading role to date, it didn’t “earn” the actor as much as you might expect. That’s because Smith ran into troubles with the IRS way back in the ’80s, racking up anywhere between $2.8 million to $6 million in tax debt after the success of his nascent music career. The young actor took on the Fresh Prince role in a bid to pay back his debts, with Smith admitting he was effectively “broke” while starring on the series.

“For the first three years of The Fresh Prince of Bel-Air, the IRS was taking 70 percent of every check and after the third year, I got back to zero. It’s terrible to have that kind of success and have to quietly be broke,” Will once said on an episode of 60 Minutes. “Being famous and broke is a shit combination because you’re still famous and people recognize you, but they recognize you while you’re sitting next to them on the bus,” he added.

In a twist of fate, however, Will Smith’s role in Fresh Prince did plenty more for him than just getting him debt-free. The series catapulted his career, landing him roles in dozens of blockbuster movies from 2006’s The Pursuit of Happyness, to the Men in Black and Bad Boys franchises, and of course, 2021’s King Richard.

How much was Will Smith paid for King Richard?

In November 2021, Will Smith starred in the title role of “King” Richard Williams, the father of tennis superstars Venus and Serena Williams. Smith was reportedly paid as much as $40 million for the role, according to The Hollywood Reporter. The actor, who also served as a producer on the film, didn’t keep all of his hefty paychecks to himself, however. 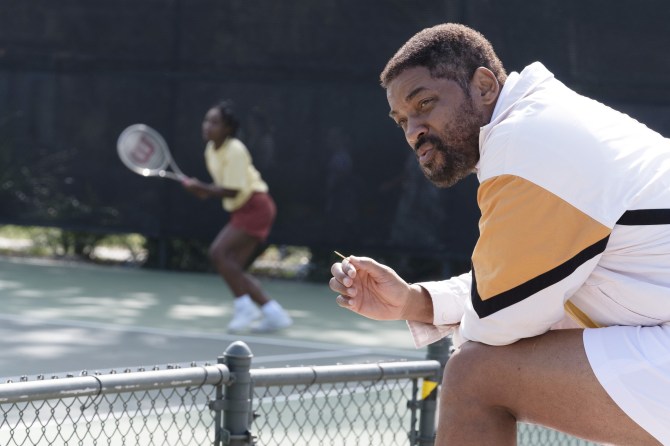 THR confirmed that the actor personally wrote bonus checks to other members of the cast and crew, including actors Saniyya Sidney and Demi Singleton, who played Venus and Serena, Tony Goldwyn, Jon Bernthal and Aunjanue Ellis, among others. “It was a much more difficult process than anybody thought they were signing up for,” Smith told ET of the decision. “I just felt that it was fair.”

How does Will Smith spend his money?

According to Wealthy Gorilla, Will Smith and his wife, Jada Pinkett Smith, have an interest in luxury cars and real estate. The family owns “a Bentley Azure, a Mayback 57s, a 1965 Ford Mustang, a Cadillac Escalade, and a Mercedes Benz GL450,” according to the outlet, while also owning multiple homes in America and the rest of the world. Their Calabasas house is worth $42 million alone. That said, the Smiths also have their own charitable foundation, “The Will and Jada Smith Family Foundation,” which Wealthy Gorilla reports as having donated over $1 million to charities and organizations around the world.

According to Celebrity Net Worth, Will Smith’s net worth is $350 million as of 2022. These earnings are thanks to an entertainment career spanning over three decades, from his work as a rapper to his many roles as an actor and producer behind the scenes.

From 1988 to 1990 alone, Celebrity Net Worth reports that Smith earned an estimated $10 million thanks to his music career. His transition into film and television earned him millions more throughout the years, with films like 1995’s Bad Boys earning him an estimated $2 million. (Meanwhile, for the sequel in 2003, Smith reportedly earned a whopping $20 million).

Smith’s penchant for major blockbuster franchises have never done him wrong, with his highest confirmed paycheck coming from his role in 2013’s Men In Black 3. For this film, Celebrity Net Worth reports that Smith earned $20 million upfront, plus a whopping $80 million in backend pay thanks to his 10 percent cut of gross box office earnings. Other earlier films of his, such as 2007’s I Am Legend and 2004’s I, Robot, earned Smith $25 million and $28 million, respectively. Later projects—like Netflix’s Bright franchise—have regularly earned him even more, as he was paid a total of $55 million for the first film in 2018 and its forthcoming sequel.