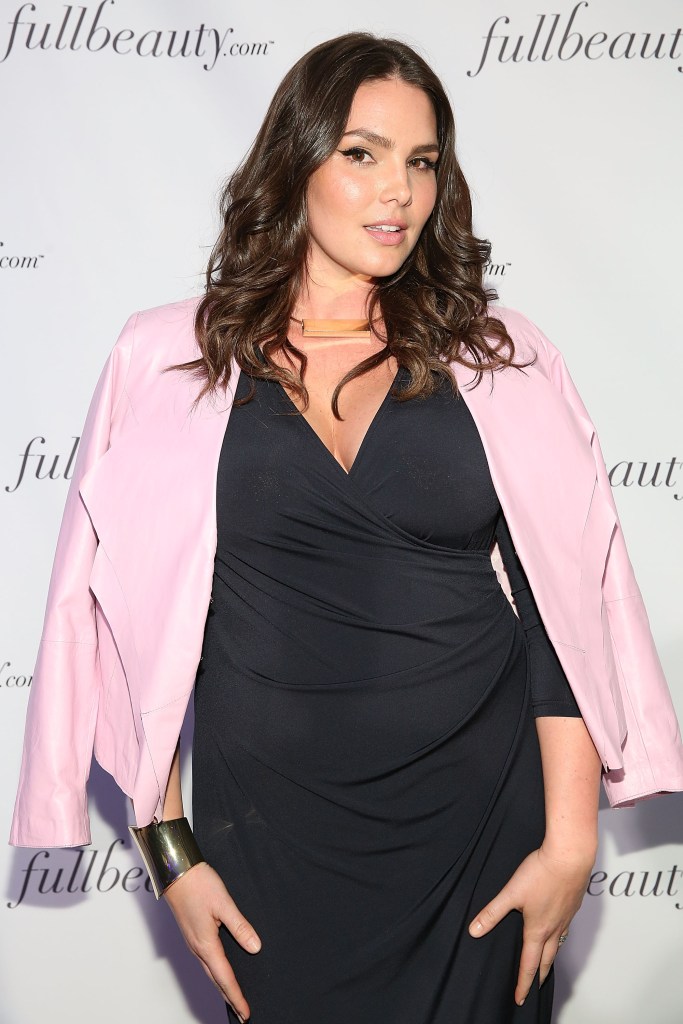 In a country where the average woman wears a size 14, it’s still mind boggling that every brand isn’t tripping over themselves to create clothing for plus-size women—many of whom complain that there’s a gaping hole in the marketplace when it comes to apparel that’s equal parts on-trend and made to flatter. But during the last year or so, it appears things are looking up. In fact, we’d go so far as to say there’s never been a better time to be plus-sized, and—like most things these days—that’s largely due to social media, and the powerful influence of bloggers.

“When I started blogging in 2008, there were almost no stores that catered to younger plus-size women,” said style blogger and Instagram sensation Gabi Gregg—aka Gabi Fresh—who admits she started blogging to help fellow curvy girls understand how to stay on-trend. “We still have a long way to go, but there are options today that never existed when I was growing up,” she said. 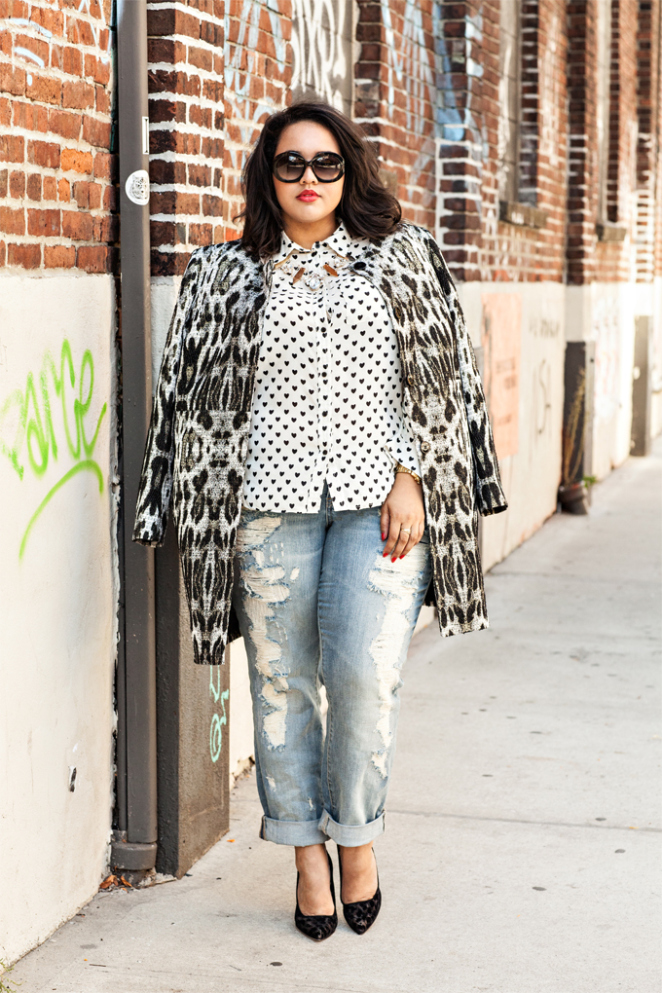 You only have to look around at the shift in womenswear lately to know Gabi’s correct–there’s been a noticeable change in the way womenswear labels are designing plus-size fashion, away from the dreaded muumuu and more toward trend-driven styles which she attributes to “the growing [pro plus size] community on the internet.” Like, for example, Gabi’s devoted, 218,000-person strong Instagram following.

Gabi says brands and the media have finally started to “pay attention and become more aware of our needs, so we’re being taken seriously and catered to.” As a result, she says plus-size models and bloggers are “finally starting to cross over into the mainstream fashion world.”

Judging by the sheer number of brands embracing plus-size fashion, Gabi’s argument is pretty much on point. Last year Zac Posen joined a small cluster of high-fashion designers willing to dip a toe into the plus-sized pool by releasing a wedding dress capsule collection with David’s Bridal that offered gowns in sizes 0 through 26. Recently, Target responded to backlash against its lack of size diversity with its highly publicized designer collaborations by broadening the size offering of its hotly-anticipated Lilly Pulitzer collection offering clothing up to size 18.

Then there’s plus-size model Candice Huffine‘s new line that’s filled with seriously cute clothes that any fashion girl would love. Oh, and we can’t forget the myriad of fast fashion brands–everyone from Forever 21, to H&M, to ASOS–that are ditching simply stocking straight-sized inventory, while making a big push into clothes that extend well beyond a size 12. 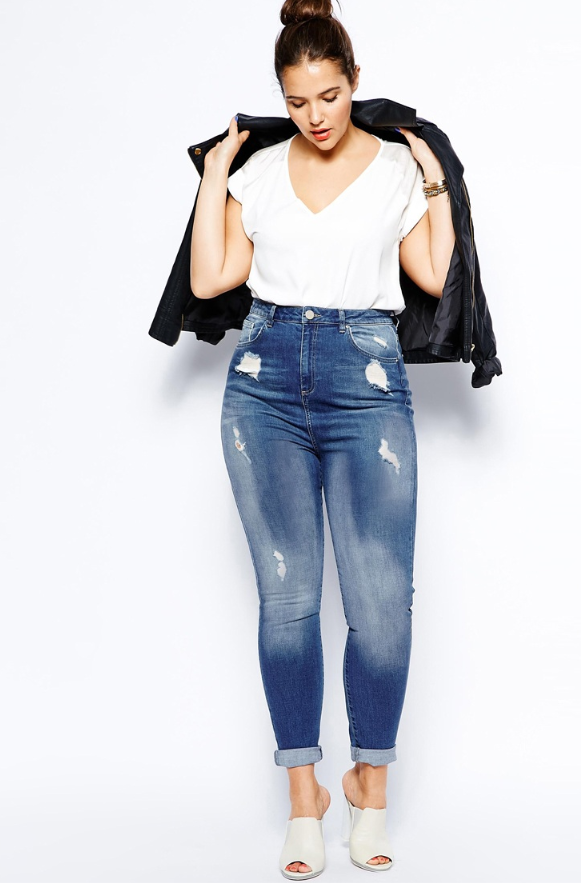 “There has been a change in the industry and plus-size fashion is an area that has huge potential,” said a spokesperson for the size 14-and-over ASOS Curve line told us. “We know that girls just want to look fashionable no matter what size they are.”

Huge potential is right: Plus-size clothing is generating $9 billion in yearly revenue in the U.S., with some estimates parking the worldwide value around $18 billion. What’s more, projections show that the industry will only continue to grow over the next five years.

In addition to bloggers pushing for these changes in size diversity on clothing racks, we can also look to the army of social media savvy, plus size models who are literally changing the face of the fashion industry.

Take Tess Holliday as an example–the totally fierce size-22 model and social media star. The 29-year-old 5’5 Instagram sensation completely polarized the internet this February when she became the largest woman to be signed to a major modeling company after inking a deal with UK agency, Milk. She’s since nabbed multiple fashion campaigns–including a shoot with cool curvy-girl brand Torrid–and the support of nearly 700,000 Instagram followers who back her body positive movement. 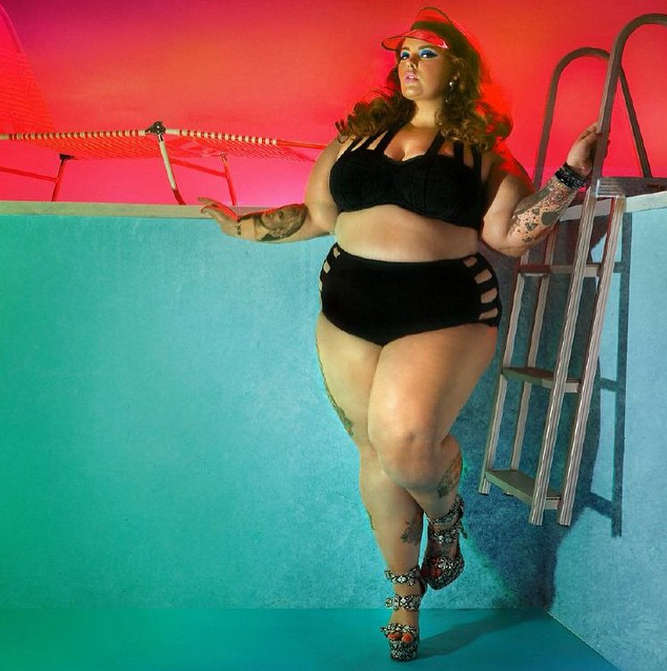 Holliday’s not the only model signaling a changing tide in the industry. Activist group ALDA launched last year to represent “beauty overall — without divisions, boundaries, and most of all, IN ALL SIZES.” The company was spearheaded by five former Ford plus-division models: Ashley Graham, Danielle Redman, Inga Eiriksdottir, Julie Henderson, and Marquita Pring–all of whom have recently been signed to mega-agency IMG.

ALDA founder and plus-size super star, Julie Henderson, agreed when we asked her if now’s a better time than ever for women to be outside the constraints of straight-sizing. “It’s true, and there has never been a better time to be a model as well, she said. “The doors are finally opening, even if ever so slightly. I’ve been modeling for 14 years and seeing how much the fashion industry has changed is so inspiring. Having an agency like IMG open their doors and embrace models of all shapes and sizes is really a testament to that.” 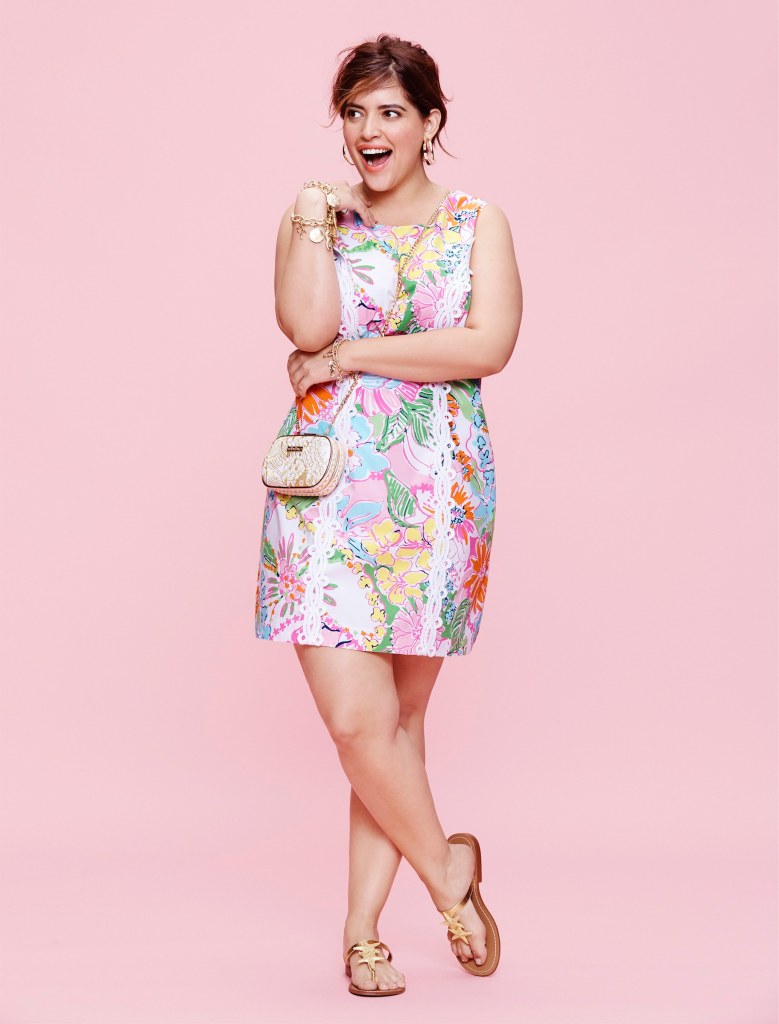 While the growth in clothing options for curvy women beyond the caftan is something to be celebrated, let’s be real: Things aren’t perfect—yet. While many clothing labels have realized an inclusive mentality is key when it comes getting customers to part with cash, others still refuse to extend their offerings or feature diverse sizes in their campaigns. (Here’s looking at you, Zara.) However, these labels are copping heat from consumers and the press for their unwillingness to upsize. Still, Henderson is hopeful.

“There are still many more strides to be made, but we’re definitely headed in the right direction,” she said.

As for what she hopes to see in the future, Henderson said it’d more than just retailers carrying larger sizes, but a shift in the overall perception of what it means to be plus-sized. “One day we won’t have to say ‘plus size fashion’– it will just be ‘fashion.’ I want to see women as a whole recognizing more of themselves in magazines and ads.” We couldn’t agree with her more.