Band of memories. After a nearly 19-year run, many Panic! fans are asking: why is Panic! at the Disco breaking up? Lead vocalist Brendon Urie announced that after the final leg of their 2023 tour, the band will be no more.

Panic! at The Disco was formed in 2004 when guitarist Ryan Ross and drummer Spencer Smith were in high school in Las Vegas. The duo had a band called Pet Salamander where they would cover Blink-182 songs. They forayed into making their own songs and recruited vocalist Brendon Urie and bassist Brent Wilson and released their debut album A Fever You Can’t Sweat Out through Fueled By Ramen and Decaydance Records in 2005 after being discovered by Fall Out Boy’s Pete Wentz. Wilson was replaced by Jon Walker and Panic! subsequently released their second album Pretty. Odd. to critical acclaim. Since then, the band went through different lineups and Urie finally put an end to the band in January 2023.

So, why did Panic! at the Disco break up? Read more below to find out.

Why did Panic! at the Disco break up?

A post shared by Panic! At The Disco (@panicatthedisco)

Why did Panic! at the Disco break up?  On January 24, 2023, lead vocalist and sole original member Brendon Urie posted on Instagram about why the band would be calling it quits following their tour. He said that he’ll be shifting focus from music to starting a family. “Well, it’s been a hell of a journey…Growing up in Vegas I could’ve never imagined where this life would take me. So many places all over the world, and all the friends we’ve made along the way, But sometimes a journey must end for a new one to begin,” Urie We’ve been trying to keep it to ourselves, though some of you may have heard.. Sarah and I are expecting a baby very soon! The prospect of being a father and getting to watch my wife become a mother is both humbling and exciting. I look forward to this next adventure.”

He continued, “That said, I am going to bring this chapter of my life to an end and put my focus and energy on my family, and with that Panic! At The Disco will be no more. Thank you all for your immense support over the years. I’ve sat here trying to come up with the perfect way to say this and I truly can’t put into words how much it has meant to us. Whether you’ve been here since the beginning or are just finding us, it has been a pleasure to not only share the stage with so many talented people but also share our time with you. I am looking forward to seeing everyone in Europe and the UK for one last run together. I love you. I appreciate you. Thank you for existing.” Urie married his wife Sarah Orzechowski on April 27, 2013. 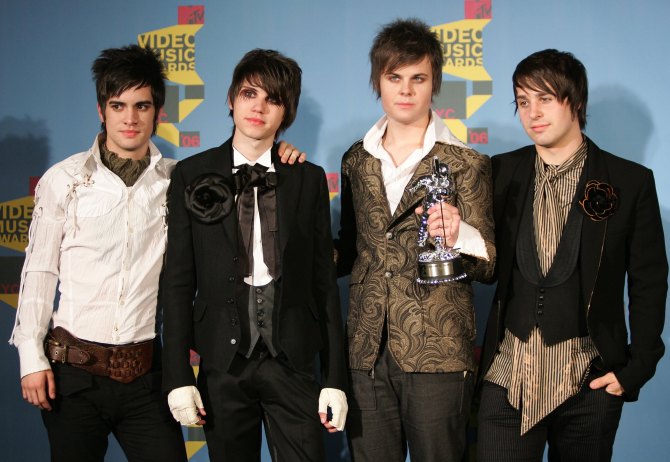 Since their inception, Panic! at the Disco lost their first original member in 2006 when Brent Wilson was replaced by Jon Walker as a bassist. The band’s lineup shook up again when the original member and main songwriters of the group, Ryan Ross and Walker, announced they were departing the band in 2009 after creative differences with Smith and Urie.

“Spencer and I had lunch and caught up for a while, and then the big question came up, like, ‘Well, what do you want to do?’ and I said, ‘Well, I think it might be best if we kind of do our own thing for a while,’ and he said, ‘I’m glad you said that, because I was going to say the same thing,’ ” Ross recalled to MTV News at the time. “And there was really no argument, which is really the best way that could’ve worked out. … I think really everybody will be happy doing what we’re doing. Me and Jon are really excited about what we’re working on, and those guys are happy too. I guess it got to the point where there might have been too many cooks in the kitchen.” Ross and Walker created their own band, The Young Veins, and released their eponymous LP the same year.

Walker and Ross were replaced by touring bassist Dallon Weekes who helped contribute to Panic!’s third album Vices & Virtues and Ian Crawford. Weekes was then promoted to a full-time member of the band. Smith announced that he was taking a break from performing on the tour supporting the album due to his alcoholism and prescription drug addiction and Crawford also departed his touring duties. “It’s become evident that Spencer still needs more time to take care of himself. I can’t expect him to be fighting addiction one minute and be fully immersed in a national tour the next. With that said, the tour will continue without Spencer while he is away getting the help he needs.”

Urie wrote on the band’s website at the time. Smith announced that he would be leaving the band in 2015 just before the band released their fourth album Death of a Bachelor. Weekes was also reverted back to a touring member during the Death of a Bachelor tour. On December 27, 2022, Weekes announced that he would leave the band and focus his time on his new band I DON’T KNOW HOW BUT THEY FOUND ME. He was replaced with touring bassist Nicole Row when the band would release their sixth album Pray for the Wicked. 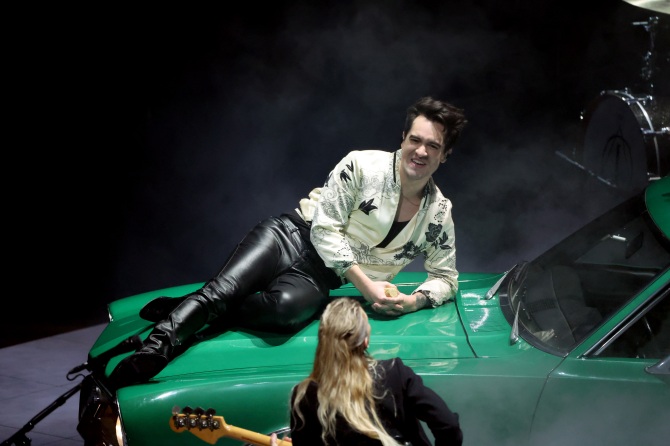 On August 19, 2022, Panic! at the Disco released their final album Viva Las Vengeance. The band announced the “Viva Las Vengeance Tour,” a global headlining arena trot that kicked off on September 8, 2022 in Austin, Texas. Special guests include Marina and Jake Wesley Rogers with Beach Bunny joining on select dates in North America. Urie and the band will kick off their final run of shows on February 20, 2023, in Vienna. Their last gig ever is currently scheduled for March 10 in Manchester, England.

How to Buy Panic! at The Disco Tickets For the Viva Las Vengeance Tour

Panic! at The Disco Tickets on StubHub

Panic! at the Disco on Vivid Seats

Viva Las Vengeance by Panic! at The Disco 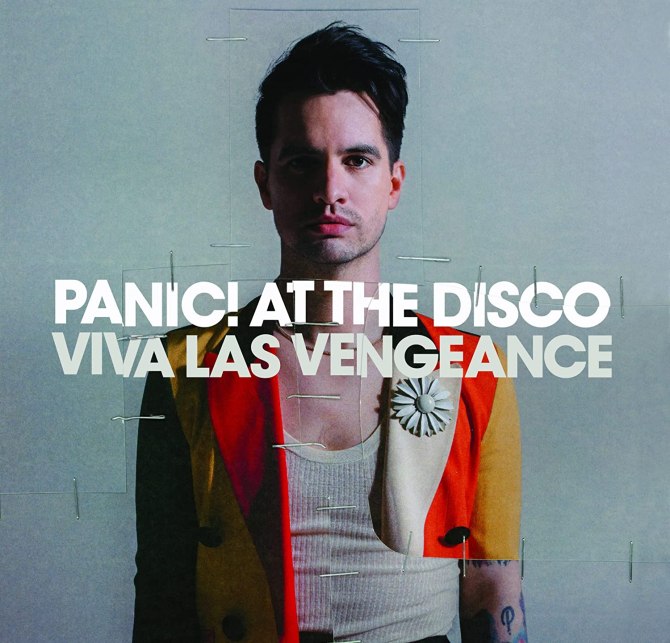 Courtesy of: Fueled By Ramen