Before she became Mrs. Prince Harry, Meghan Markle was known for her flirty and fun outfits, from her blue-and-white J. Crew coat to her Self Portrait floral green dress. But since her wedding, the 36-year-old’s closet has become much more subdued, with her mainly sticking to neutrals, such as creams, taupes, and pale pinks. So what gives? Well, like everything that happens in Kensington Palace, there’s a royal reason behind it.

According to Lucas Armitage, celebrity stylist and royal commentator, Markle’s recent obsession with neutrals is a way for her to show her respect to Queen Elizabeth II who is known for her bright and colorful outfits. “I feel this is a clever styling tactic as it will always work with the Queen’s look; she is known and applauded for her use of bright fun colors,” Armitage told the Daily Mail. 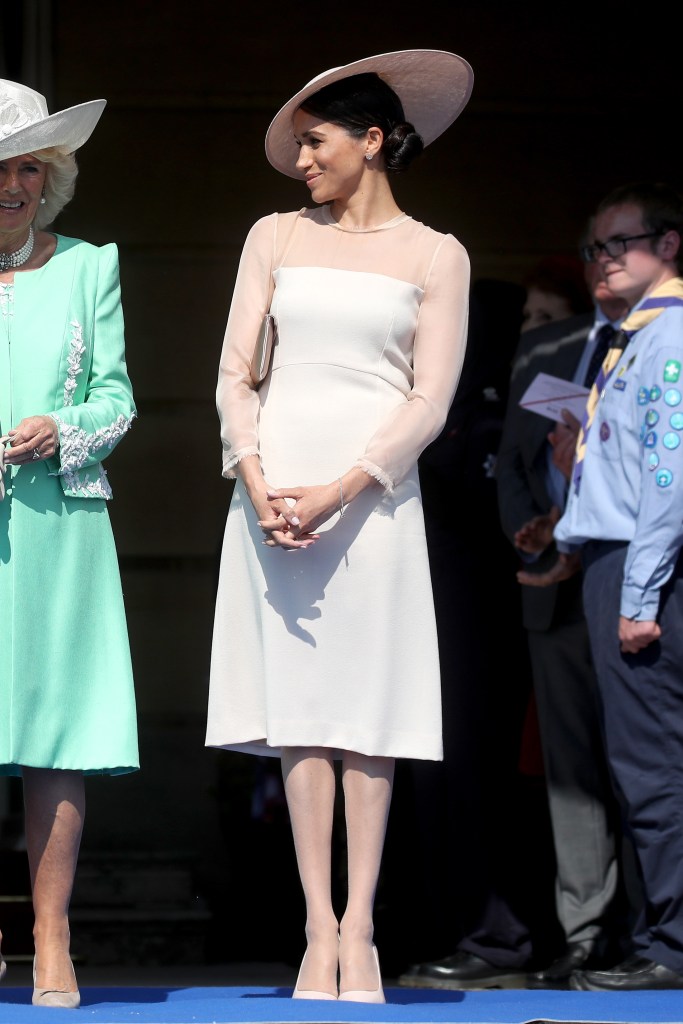 Given that it’s only been a month since Markle officially joined the royal family, Armitage suspects that she’s still finding ways for the Queen to warm up to her. One of those ways happens to be with her fashion, which makes sure not to overshadow the Queen. (Example: Markle wore a pale-pink dress while the Queen wore a bright, lime-green coat at their first solo appearance together last week.) 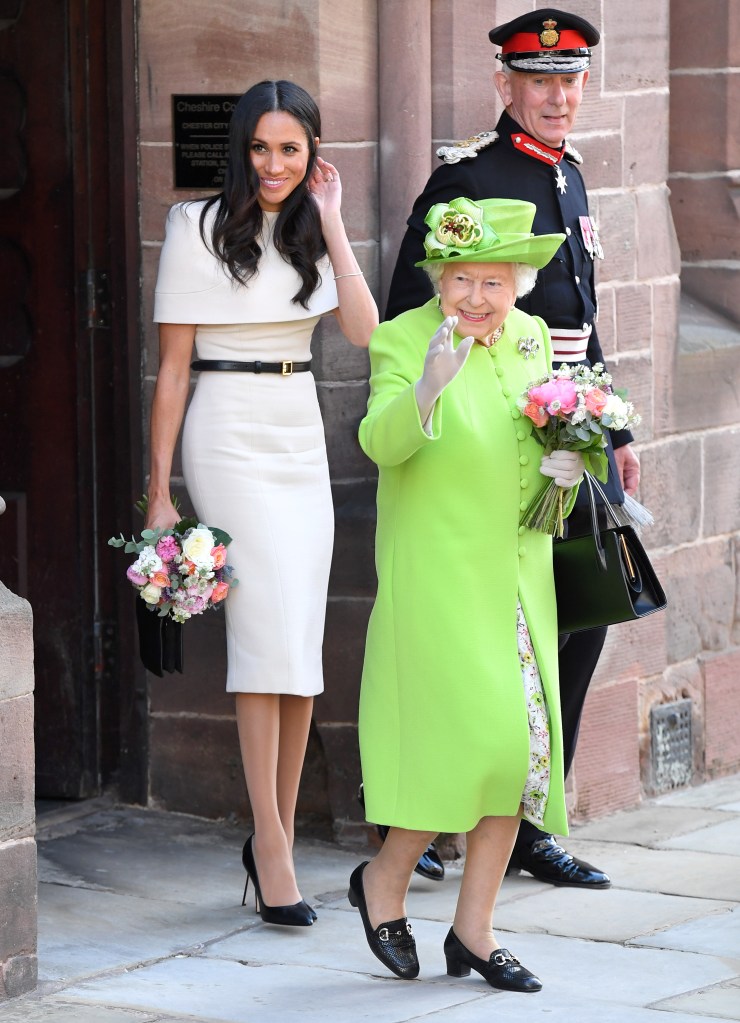 “The use of neutral colour on Meghan’s part is also a show of respect to the Queen so she never looks like she is trying to outshine her,” Armitage said. “I think the Queen and Meghan’s relationship at this point is one built on respect, and Meghan has shifted her own personal style to adopt a more demure regal look—something I think the Queen will be thankful for.”

And there’s a reason that the Queen always wears bright colors too. According to a BBC interview with Grant Harrold, a royal etiquette expert, the Queen wears bright colors to distinguish herself from commoners. Harrold credits the Queen’s longtime personal assistant, Angela Kelley, as the person who suggested that the monarch wear bright colors in the first place. “If I wore beige, nobody would know who I am,” the Queen reportedly said.

“She loves colour and knows it will stand out—good for her I say,” said Diana Mather, another royal etiquette expert. 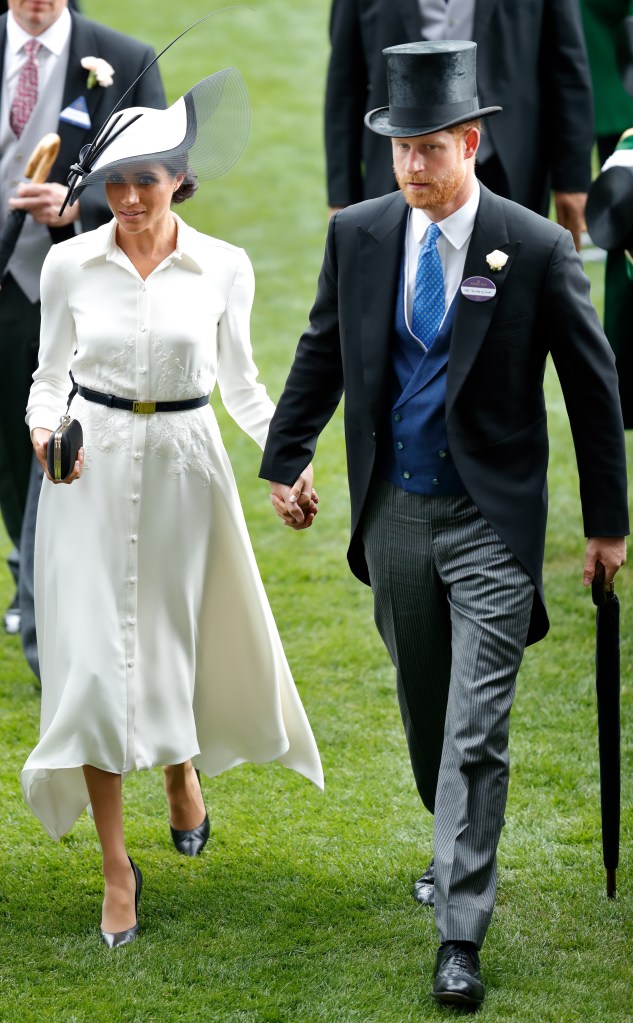 Though we hope that Markle goes back to wearing color eventually (after all, her sister-in-law, Kate Middleton, isn’t stuck to wearing creams and pinks), we respect her decision to appease her in-laws. If our husband’s grandmother was the queen of the United Kingdom, we would be on our best behavior too.