After being in on-and-off relationship for so many years, many fans who started off the year in 2023 surprised by their split are asking why did Kylie Jenner and Travis Scott break up AGAIN?

Kylie and Travis were first linked in April 2017 when they were spotted at Coachella together and made their relationship public at the Met Gala in 2018. News reports of their first breakup broke in October 2019 when TMZ reported that the Astro World artist and the Kylie Cosmetics founder called it quits. At the time, the tabloid reported that they were“both single” and are “walking away from their relationship.” They claimed that they’ve “been trying to make the relationship work for a while.” The two reunited their love in May 2021. Despite their relationship ups and downs, the two continue to support their children, Stormi, 4, and their name-yet-to-be-revealed son who was born in early 2022. “They’ll continue to co-parent, and will keep Stormi as their number 1 priority.”

So, why did Kylie Jenner and Travis Scott break up this time? Read below for all the deets.

Why did Kylie Jenner & Travis Scott break up? 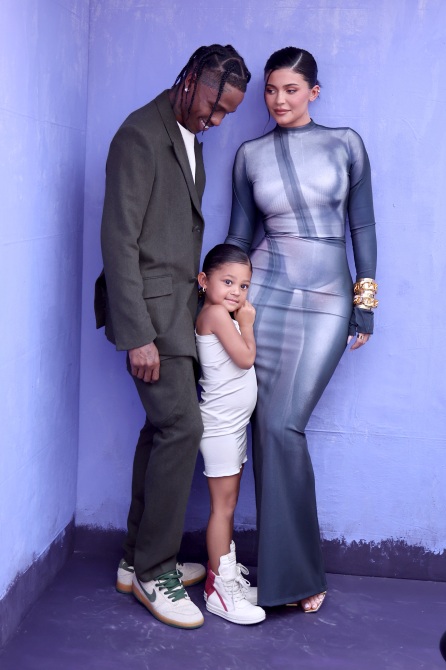 Why did Kylie Jenner and Travis Scott break up? It’s a long list of reasons that we’re not really surprised by.

According to Us Weekly, the “Sicko Mode” rapper and the Kardashians star are spending time apart since the holidays. “Kylie and Travis are off again, they were supposed to spend the holidays together, but she went to Aspen to be with her family and friends up there,” the insider says of the former couple. “This has happened so many times before, they’re known to be on again off again, but always remain friends and great co-parents.” Difference of lifestyles have impacted their relationship. “With two kids, Kylie doesn’t go out too much. Travis on the other hand lives a life of late nights in the studio and going out with friends,” the source says. “The two love and respect each other and will continue to co-parent.”

“Kylie and Travis have been on and off at various times throughout their relationship,” another source explained to Us in October 2019. “Kylie still loves Travis and this isn’t considered a full breakup to either of them.” Jenner then confirmed their 2019 breakup, when she tweeted, “Travis and i are on great terms and our main focus right now is Stormi. Our friendship and our daughter is priority.”

Another reason that the two split was caused by Travis’ commitment issues. “One of the contributing factors to their most recent split is that, after 6 years together and two children, Travis still hadn’t shown Kylie that he is 100 percent committed to her for life,” an insider told HollywoodLife. “He’s known for several years that Kylie wanted to be engaged, and they discussed it. But the ring never came, and her friends and family believe that she deserves this. She has wanted her dream wedding for so long and Travis was aware of this.”

Though there’s a lot of rockiness in the relationship, some sources have hope that the two will reunite maybe in the near future. “The two have had an up and down relationship,” a source dished to Entertainment Tonight, “and although they aren’t together right now, it doesn’t mean it’s over for good.” The source explained, “Kylie and Travis live different lifestyles and that’s been a big issue.”

When they reunited back in 2019 after their brief split, it apparently made their relationship stronger. “Travis and Kylie have never been closer,” a source exclusively told Us the following month. “The baby has absolutely brought them even closer together. She is so happy for her family. Travis is beyond thrilled. They both have wanted this for a long time.”

What’s more to consider is Travis also just had a cheating scandal in October 2022. Rumors of the AstroWorld artist cheating started to circulate when model Rojean Kar claimed that she met Travis on his music video set and revealed messages between the two on her Instagram. She also claimed that the AstroWorld artist “cheats on that bitch every single f–king night,” and that they spent Valentine’s Day together which was two weeks after their second child’s birth. After she posted the stories, the model changed her Instagram bio to “not a fit tea pusher. 🦠👩🏻‍🎓👩🏻‍⚕️” which is a direct jab at Kylie who is an avid ambassador for the brand.

Travis publicly denied the rumors on his Instagram stories on October 22, 2022. He posted the caption with a black background, “It’s a lot of weird s–t going on. An uninvited person was sneaking photos on what was supposed to be a closed set while I was directing a video. I’m saying this for the last time: I don’t know this person. I’ve never been with this person. So, please stop with the continuous cyber games and the fictional storytelling.” He also addressed where he was during Valentine’s Day by posting a screenshot of toys, that may belong to his and Kylie’s daughter Stormi. He captioned the post, “If u wasn’t at this table on V day then u wasn’t with me 🙄 🙄 🙄 🙄.”

In March 2019, TMZ reported that Kylie accused Travis of cheating on her, which led him to postpone his Astroworld Tour concert in Buffalo, New York, to stay in Los Angeles to be with Kylie. In October 2019, Rojean reportedly shared a comment on her Instagram stories, denying all of the reports of cheating. She has since made her account private, but E! News (and Twitter) kept track of her comments. She wrote, “None of these rumors are true, it’s just the internet creating a false narrative. Please stop spreading lies & leave him, her & I alone because it’s affecting real lives. Thank you.”