It’s been years since their split, but fans still continue to wonder why Kourtney Kardashian and Scott Disick’s breakup happened the way it did. While there wasn’t just one reason behind Kourtney and Scott’s split, there was one major “dealbreaker” that the former couple simply couldn’t overcome.

Kourtney, the oldest of the Kardashian sisters, first met Scott in 2006—a year before Keeping of the Kardashians aired on television for the very first time. The pair quickly started dating, and over the years, fans of KUWTK got to know Scott as Kourtney’s snappy, outspoken boyfriend. Their relationship was among the central storylines of the series, as KUWTK chronicled their notoriously on-again, off-again romance along with the expansion of their family in 2009. Kourtney and Scott revealed they were expecting their first child together in the summer of that year. Their firstborn son, Mason, was born months later in December 2009. The pair would go on to welcome two more children in the next decade: a daughter, Penelope, who was born in 2012, and a son, Reign, born in December 2014.

Despite their three lovely children, Kourtney and Scott’s relationship was never smooth sailing. The pair constantly faced accusations of infidelity, rampant engagement rumors and ongoing marital woes in the wake of Scott’s drinking problems—all of which were featured heavily on KUWTK. But before the show’s finale in 2021, fans got to witness their relationship reach its breaking point. Kourtney and Scott called it quits for good in 2015 after nine years together.

Since then, KUWTK has documented the exes as they’ve moved on from one another and started new relationships. Notably, Scott dated model Sofia Richie on and off from 2017 to 2020, whereas Kourtney reportedly hit it off with the likes of Justin Bieber, Younes Bendjima and Luka Sabbat before settling down with Blink-182 drummer, Travis Barker, after he proposed to her in November 2021.

But with Kourtney officially off the market once again, fans still have questions about why Kourtney and Scott broke up in the first place. For everything we know about Kourtney Kardashian and Scott Disick’s breakup, just keep on reading below.

Why did Kourtney Kardashian and Scott Disick break up? 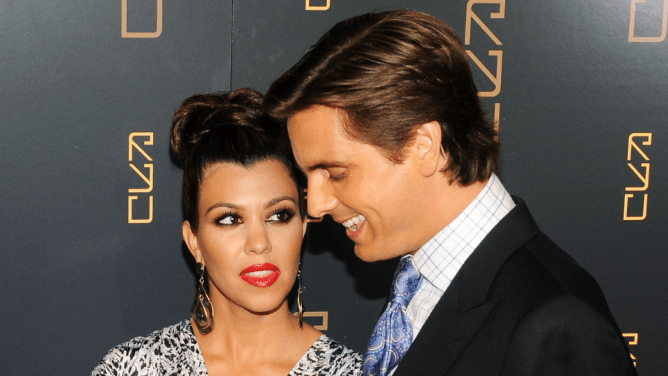 If you’re a fan of Keeping Up With the Kardashians, chances are, you could think of more than a couple of reasons as to why Kourtney and Scott broke up. But as it turns out, there was really only one major “dealbreaker” that made Kourtney want to call it quits with Scott for good—and it wasn’t his cheating ways. During the Keeping Up With the Kardashians reunion episode in June 2021, Kourtney revealed that Scott’s struggles with drugs and alcohol were the real reason behind their split.

“The infidelity, I only knew about it at the end, so I think the substance abuse was the deal-breaker,” she told host Andy Cohen at the time. Scott, for his part, agreed that his addiction formed a problem in their relationship. “I don’t want to make any excuses for my behavior,” he said. “I definitely wouldn’t have done these things sober, but it was all wrong. I just thought it was normal, to be honest.”

When Kourtney and Scott split for good in 2015, sources told People that the Flip It Like Disick star had fallen off the wagon again. “He’s in a classic shame spiral right now. He knows he’s screwing up, and he knows what he needs to do,” an insider told the site at the time. “He has people telling him to go home and work things out, to stop this behavior, to repent and to move forward. But he’s not doing it.”

Following their breakup, Scott revealed at the KUWTK reunion that he and Kourtney continue to remain a team for the sake of their three kids. “We’re family. I think we always will be,” he said, before joking, however, that he has wanted to “kill” some of Kourtney’s ex-boyfriends over the years. “Scott and everyone else didn’t like him,” Kourtney said, referring to her ex, Younes Bendjima. “I did still try and support — I was still there to help her through,” Scott added.

But Scott’s support hasn’t always come so easily. Following Kourtney’s engagement to rockstar Travis Barker, the former couple’s relationship has reportedly become strained. “He’s trying to be the best parent he can be for their kids and make it work coparenting, but he’s having problems now with Kourtney,” an insider told Us Weekly in September 2021. Later that month, another source told the site that “outside of coparenting, Scott and Kourtney’s relationship is nonexistent.”

Scott, however, previously sang the praises of his co-parenting relationship with Kourtney during a joint interview with her sister, Khloé Kardashian. “Just because their mother and I couldn’t make it as a perfect, romantic couple shouldn’t have anything to do with the kids,” he said in an interview with Us Weekly. “They don’t deserve our mistakes, so we figured out a way. We still need to be as honest and as good to each other as if we were together. Let’s raise these children together and that’s it.” Hopefully, the Talentless founder will be able to stick to his word and work it out.