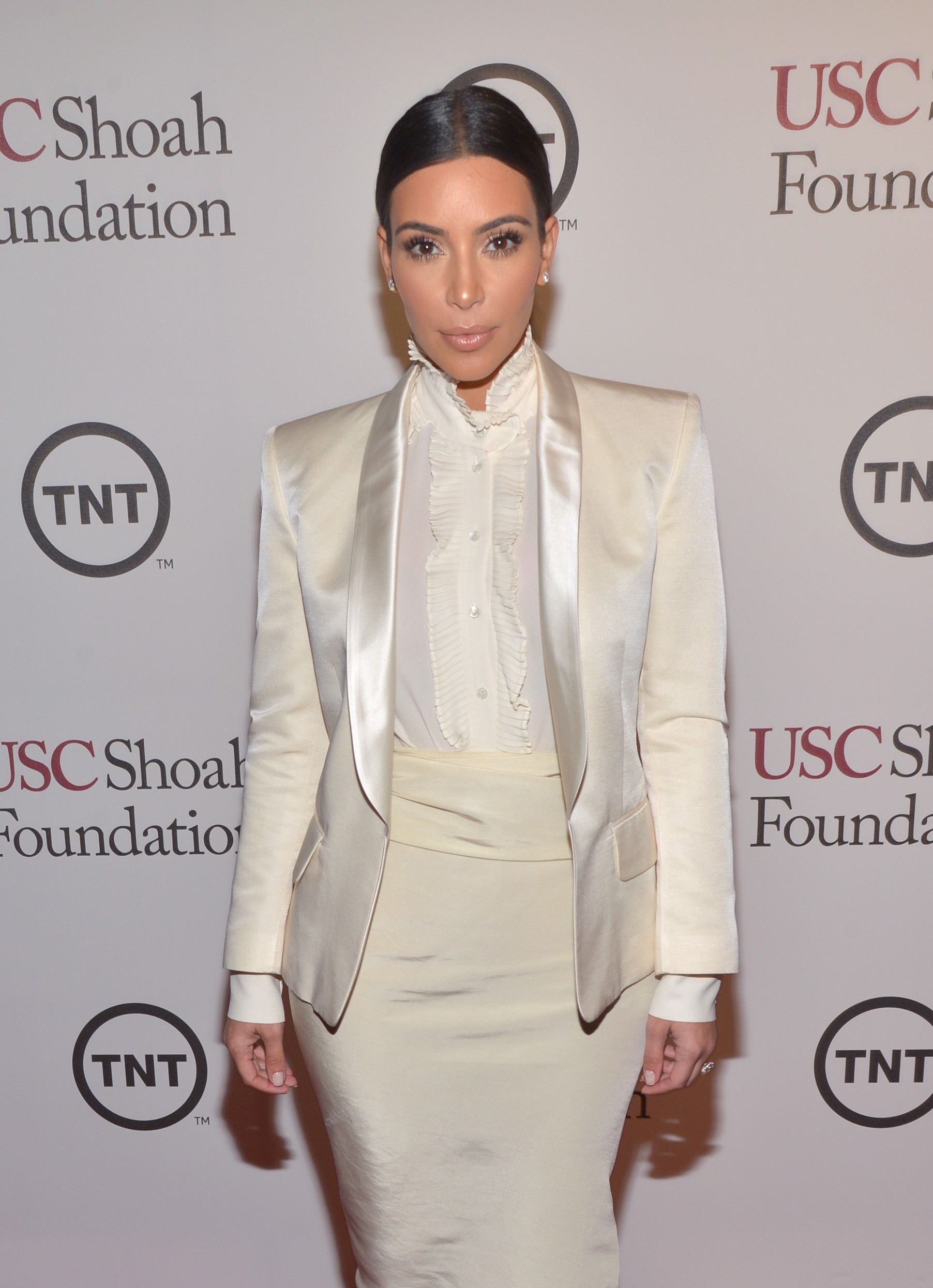 Someone is clearly advising Kim Kardashian, and whoever it is, they’re working overtime to not only get the fashion world to see her as a legitimate force to be taken seriously, but also a public figure brimming with compassion and intelligence. The reality star has already nailed the “style” part of her transformation—she got invited to the Met Gala two years running, befriended every fashion heavyweight known to man, and bagged the cover of Vogue—so now, it appears she’s onto phase two of her metamorphosis: Substance.

MORE: Kim Kardashian’s Style, Before and After Kanye West

Yesterday, Kim sat alongside Steven Spielberg and President Obama at a gala for the USC Shoah Foundation, which is dedicated to serving Holocaust and other genocide survivors; and she also penned a personal essay on her website about the concerns she has raising a mixed-race child in a world where racism is “still alive.” Below, some excerpts:

“To be honest, before I had North, I never really gave racism or discrimination a lot of thought. It is obviously a topic that Kanye is passionate about, but I guess it was easier for me to believe that it was someone else’s battle. But recently, I’ve read and personally experienced some incidents that have sickened me and made me take notice. I realize that racism and discrimination are still alive, and just as hateful and deadly as they ever have been.

“I feel a responsibility as a mother, a public figure, a human being, to do what I can to make sure that not only my child, but all children, don’t have to grow up in a world where they are judged by the color of their skin, or their gender, or their sexual orientation. I want my daughter growing up in a world where love for one another is the most important thing.

“So the first step I’m taking is to stop pretending like this isn’t my issue or my problem, because it is, it’s everyone’s…because the California teenager who was harassed and killed by his classmates for being gay, the teenage blogger in Pakistan who was shot on her school bus for speaking out in favor of women’s rights, the boy in Florida who was wrongly accused of committing a crime and ultimately killed because of the color of his skin, they are all someone’s son and someone’s daughter and it is our responsibility to give them a voice and speak out for those who can’t and hopefully in the process, ensure that hate is something our children never have to see.”

MORE: Why a New Group of Teen Stars are Important to the Fashion Industry

Far be it from us to disparage anyone who uses their power to spotlight important issues—even if they’re told to do so by outside forces—but we can’t help but feel this all seems a little forced.

It’s no secret that true style icons of years past—Elizabeth Taylor, Princess Diana, Audrey Hepburn—have all been deeply dedicated to social issues, and it’s abundantly clear that Kim is desperately seeking to follow in their footsteps, despite the fact she rose to prominence in ways that are considered tawdry by most standards.

Fashion-wise, we all know fiance Kanye West is the Henry Higgins to Kim’s Eliza Doolittle. Kanye—despite his laughably bombastic nature—has always been taken seriously in certain circles (music, art, fashion), and Kim’s admitted that before him, she didn’t even know what Marigela was. However, we have a feeling there’s more to this equation than Kanye.

Somehow, Kardashian has been elevated to—sorry, it’s true—the most famous woman in the world right now, and most of us are starting to see her as someone more than the sum of her previous parts. (And by “parts” we mean sex tape star, reality show royalty, bandage dress-wearer, Midori shiller, et al.)

While Kim could be growing up—she’s 33 years old and a new mom, after all—we just have a hard time buying that someone can go from hawking TrimSpa in a bikini to sitting next to President Obama at a fundraiser and capturing the attention of Anna Wintour without epic levels of manufacturing.

What do you think: Is Kim’s social conscience for real, or is it glaringly fake? Weigh in below!