Since the news of their divorce, Vanderpump Rules fans have had one question: Why did Katie Maloney and Tom Schwartz break up? Well, it was a long time coming.

Katie and Tom have starred on Bravo’s Vanderpump Rules, a spinoff of The Real Housewives of Beverly Hills, since season 1 in 2013. They started dating in 2010 and married in 2016 in season 5. In an interview with Us Weekly in 2020, Tom—who’s shown his relationship struggles throughout nine seasons of Vanderpump Rules—confessed that he and Katie “probably should’ve broken up” earlier in their relationship but were too “stubborn” to call it quits.

“We’ve been through so much and I mean, arguably at so many points in our relationship, you could say, ‘They probably should’ve broken up or gone their separate ways,’” he said. “But we got through it. We were stubborn. We put the work in and now I can say, without a doubt, I’m happier than I’ve ever been. I think we both are.” He continued, “There were times early on that I definitely didn’t think it was going to last. I think we both had moments early on like various, but man, I’m just so happy we made it.”

Though Tom seemed confident about his relationship at the time, he and Katie went on to end their relationship two years later in March 2022. So why did Katie Maloney and Tom Schwartz break up? Read on for what we know about their split and the real reason for their divorce.

Why did Katie Maloney and Tom Schwartz break up? 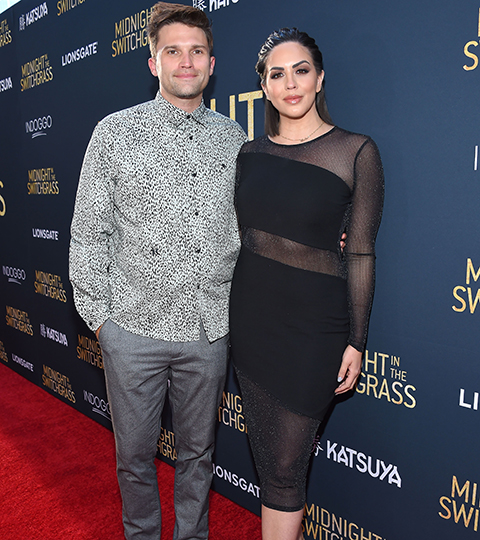 Why did Katie Maloney and Tom Schwartz break up? Katie and Tom announced their divorce on March 15, 2022, after almost five years of marriage and 12 years together. “I never thought I would have to make an announcement like this. But I feel it’s important that I’m open about my life with you,” Katie wrote alongside an Instagram slideshow of photos of her and Tom. “After 12 years on an adventure through life together Tom and I are ending our marriage. This ending is not met with resentment or animosity, no sides to choose. We have deep admiration for one another that will always remain and we cherish our friendship.” She continued, “Although we may be on different paths we will continue to love and support one another’s happiness. Thank you for all the kind words and support.”

Tom, for his part, revealed that it was Katie’s decision for the two to split. “Well this sucks. How am I supposed to capture 12 years of love in a fuckin canned Instagram caption? What picture am I supposed to use? Is there a go-to break up font?” he wrote alongside his own Instagram slideshow of photos of him and Katie. “Wanted to clear the air on some rumors floating around. Katie & I are separating. I’m not quite ready to use the ‘D’ word bc it’s too painful. Yes my heart aches but I’ll be ok. Not looking to evoke any sympathy here. I’m not the victim. Not gonna write too sad a song. Fully respect Katie’s decision and we’ve had healthy, productive conversations about it. It would be far sadder if she decided to stay with me whilst not happy.”

He continued, “After 9 years on a reality TV show it feels a little tone def to say ‘please respect our privacy (especially while posting this) so instead I’ll ask to please be kind. I don’t fault you for your snap judgement. If I was watching us on VPR for the last 9 years I’d be making them too. Perception gets skewed bc of seeing snipets of our lives on the show, but I’m telling you we had some of the most blissful, romantic, fun times humanely possible over the course of our relationship. I’m talking heaven on earth level joy. She taught me so much about love & being a better partner.”

Tom ended his post by saying he’ll “always” love Katie and thanking her for their relationship. “It’s hard not to feel like a statistic. Another failed marriage. I don’t look at it as a failure. As sad I am, still happy to say there’s no anger or bitterness. Zero. Still so much love for you @musickillskate. And your family. I don’t think we were ever a model couple. Maybe we are model divorcees. A dubious title I suppose,” he wrote. “Also I’m aware of the tragedies taking place in the the world right now, I have perspective here. I’ll be fine. So I’ll shut up now and say it one last time, love you Bub. Always & forever you’ll be in my heart. On my ass? Maybe not so much.”

So…why did Katie Maloney and Tom Schwartz break up? A source told Us Weekly on March 16, 2022, that Katie and Tom “got into a lot of arguments” in the months leading up to their divorce. “They tried for long to make it work but the truth is they’ve been struggling as a couple these past few months,” the insider said. Another source also told the magazine that Katie and Tom chose to “end their relationship amicably” and that Katie “really wanted for it to be over.” “Katie realized how unhappy she is and Tom really wanted it to last between them. He worked really hard to make it work but the issues continued,” the source said. Another insider added, “They’re both sad about the breakup. People tend to grow apart after spending years together and that’s what happened.”

Tom and Katie’s split also came a month before Tom told Us Weekly in February 2022 that it wasn’t “too late” for him and Katie to have children together. “Time will tell,” he said about his and Katie’s plan at the time to start a family. “I don’t know [when]. … I love kids. We just never got around to it. It’s not too late, I know.” Tom added that Katie would be an “incredible” mom.

Vanderpump Rules is available to stream on Peacock and Hulu. Here’s how to watch it for free.