If you remember Johnny Depp’s infamous “Winona” tattoo, you may be wondering: Why did Johnny Depp and Winona Ryder break up more than 20 years ago and where are they now amid his trial with ex-wife Amber Heard.

Ryder, who co-starred with Depp in 1990’s Edward Scissorhands, is among several of Depp’s public relationships. Depp—who has also dated stars like Jennifer Grey and Kate Moss—has been married twice. His first marriage was to makeup artist Lori Anne Allison from 1983 to 1985. His second marriage was to actor Amber Heard from 2011 to 2016. Depp’s longest relationship was with singer Vanessa Paradis, whom he dated from 1998 to 2012 and shared two kids with: daughter Lily Rose and son Jack. In an interview with Rolling Stone in 2013, Depp revealed why he and Paradis never married and what his idea of true love is. “I never found myself needing that piece of paper. Marriage is really from soul to soul, heart to heart. You don’t need somebody to say, okay you’re married,” he said. “Relationships are very difficult. Especially in the racket that I’m in because you’re constantly away or they’re away and so it’s hard. It wasn’t easy on her. It wasn’t easy on me. It wasn’t easy on the kids.”

He continued, “So, yeah. The trajectory of that relationship — you play it out until it goes, one thing leads to another. So for whatever reason that ­ceases, it doesn’t stop the fact that you care for that person, and they’re the mother of your kids, and you’ll always know each other, and you’re always gonna be in each other’s lives because of those kids. You might as well make the best of it.”

When did Johnny Depp and Winona Ryder date? 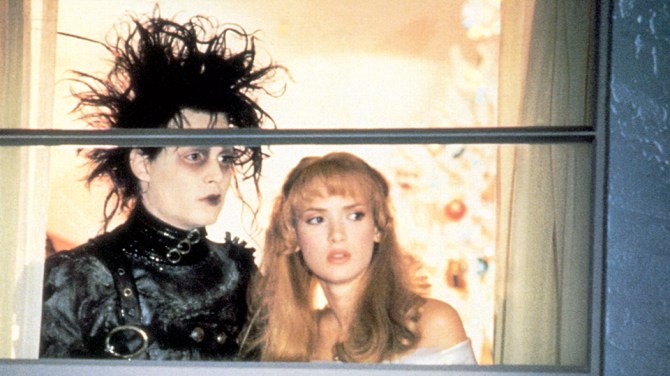 Johnny Depp and Winona Ryder met at the premiere of Ryder’s movie, Great Balls of Fire!, in 1989, when Ryder was 17 years old, and started dating soon after. In a past interview, Depp recalled first seeing Ryder at a vending machine at the Ziegfield Theatre in New York City as Ryder got a Coca-Cola. “It was a classic glance, like the zoom lens in West Side Story, and everything else gets foggy,” he said. He continued, “When I met Winona, and we fell in love, it was absolutely like nothing before. We hung out the whole day… and night, and we’ve been hanging out ever since. I love her more than anything in the whole world.”

They went on to star together in 1990’s Edward Scissorhands before they got engaged that same year after five months of dating. Around that time, Depp also famously tattooed “Winona Forever” on his right arm in honor of his then-fiancée. In an interview with Rolling Stone in 1991, Ryder revealed her shock when she learned of Depp’s tattoo. “I’d never seen anyone get a tattoo before, so I was pretty squeamish, I guess,” she said. Depp added, “She kept taking the bandage off and staring at it afterward.” Winona continued, “I was sort of in shock. I kept thinking it was going to wash off or something – I couldn’t believe it was real. I mean, it’s a big thing because it’s so permanent!”

Though Depp had been been married before to makeup artist Lori Anne Wilson and was previously engaged to actress Jennifer Grey, he told Rolling Stone at the time that none of those relationships compared to Ryder. “I’ve never been one of those guys who goes out and wants to screw everything in front of him. When you’re growing up, you go through a series of misjudgments. Not bad choices, but wrong choices… people make mistakes. My previous relationships weren’t as heavy as people think they were,” he said. “But there’s never been anything throughout my 27 years that is comparable to the feeling I have with Winona. You can think something is the real thing, but it’s different when you really feel it. The truth is very powerful – believe me, this ‘Winona Forever’ tattoo is not something I took lightly. Her eyes kill me…”

Why did Johnny Depp and Winona Ryder break up? 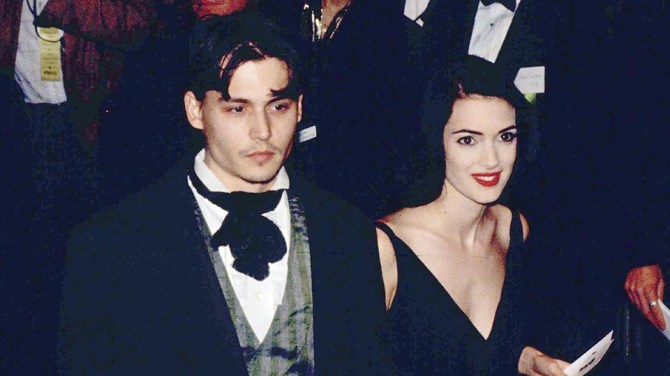 Why did Johnny Depp and Winona Ryder break up? Ryder and Depp split iin 1993 after four years together. “They’re young, and they grew apart,” a rep for Ryder told People at the time. Depp hinted to The Los Angeles Times at the time that the media attention was part of the reason his relationship with Ryder ended. “It’s very hard to have a personal life in this town. My relationship with Winona, it was my mistake to be as open as we were, but I thought if we were honest it would destroy that curiosity monster. Instead it fed it, gave people license to feel they were part of it,” he said. In the same interview, director Tim Burton, who directed Depp and Ryder in Edward Scissorhands, revealed how Depp’s split from Ryder affected him. “I felt so bad. I asked him why it happened but all he said was, ‘It wasn’t her fault, it was mine,'” Burton said. “It wasn’t the same as Winona. I felt weird to be around him like he wasn’t acting like Johnny anymore. It’s almost like Winona took Johnny’s soul, Johnny’s love.”

After their split, Depp went on to change his “Winona Forever” tattoo to “Wino Forever.” “No, no, of course not,” he told Australia Tonight in 1993 about if he regretted the tattoo. “I think for me, these tattoos are a journal. As opposed to writing it on a piece of paper, I just took the initiative and put it on my skin. So I wear my journal. But even though we’re not together anymore, it doesn’t take away from the honesty of when I got the tattoo.” In an interview with Elle U.K. in 2009, Ryder called her breakup with Depp her “first real breakup.” “I had just had my first real breakup, the first heartbreak,” she said about the time. “Everybody else just thought I had everything in the world but inside I was completely lost.”

Ryder also revealed in a past interview that she lost her virginity to Depp. “When I met Johnny, I was pure virgin,” she said. “He changed that. He was my first everything. My first real kiss. My first real boyfriend. My first fiancé. The first guy I had sex with. So he’ll always be in my heart. Forever.” Ryder also told Cinema.com about her depression after her and Depp ended their engagement. “I was very depressed after breaking off my engagement with Johnny. I was embarrassingly dramatic at the time, but you have to remember I was only 19 years old,” she said. She also revealed that things got so “dramatic” that she once “fell asleep with a lit cigarette, and woke up to the flames.”

Where are Johnny Depp and Winona Ryder now?

Where are Johnny Depp and Winona Ryder now? Though Depp and Ryder had a “respectful relationship” for years, a source told Radar Online in 2014 that Ryder’s opinion of Depp changed after he started dating his second wife, Amber Heard, in 2012. “[Winona] had a respectful relationship with Johnny for years [after their split], but she soured on any idea of an acting reunion after Johnny hooked up with Amber,” the insider said. The source explained that Ryder’s opinion of Depp changed because she believed he started dating Heard while he was still with Vanessa Paradis, with whom he shares daughter Lily-Rose and son Jack. “She’s pulled a 180 on her opinion of Johnny and his cronies because she thinks it’s a sad cliché that he’d dump his long-term baby mama for a woman in her twenties,” the insider said.

Depp and Ryder seem to be in a better place now. After Depp and Heard’s divorce in 2016 amid Heard’s allegations that Depp abused her during their marriage, Ryder spoke fondly of Depp in an interview with Time, where confirmed that Depp was “never abusive” to her in their relationship. “I can only speak from my own experience, which was wildly different than what is being said,” she said. “He was never, never that way towards me. Never abusive at all towards me. I only know him as a really good, loving, caring guy who is very, very protective of the people that he loves.”

She continued, “I wasn’t there. I don’t know what happened. I’m not calling anyone a liar. I’m just saying, it’s difficult and upsetting for me to wrap my head around it. Look, it was a long time ago, but we were together for four years, and it was a big relationship for me. Imagine if someone you dated when you were—I was 17 when I met him—was accused of that. It’s just shocking. I have never seen him be violent toward a person before.”

Ryder also released a witness statement in support of Depp to at a court hearing in 2020 over Heard’s allegations. “I understand that it is very important that I speak from my own experience, as I obviously was not there during his marriage to Amber, but, from my experience, which was so wildly different, I was absolutely shocked, confused and upset when I heard the accusations against him,.” she said. “The idea that he is an incredibly violent person is the farthest thing from the Johnny I knew and loved.”

She continued, “I cannot wrap my head around these accusations. He was never, never violent towards me. He was never, never abusive at all towards me. He has never been violent or abusive towards anybody I have seen. “I truly and honestly only know him as a really good man – an incredibly loving, extremely caring guy who was so very protective of me and the people that he loves, and I felt so very, very safe with him. I do not want to call anyone a liar but from my experience of Johnny, it is impossible to believe that such horrific allegations are true. I find it extremely upsetting, knowing him as I do.”

Edward Scissorhands with Johnny Depp and Winona Ryder is available to stream on Disney Plus. Here’s how to watch it for free.