With their return to Bachelor Nation, fans have asked: Why did Joe and Kendall break up after Bachelor in Paradise season 5 and what does that mean for his relationship with Serena P. on season 7?

But back to Joe and Kendall. A source told Us Weekly in August that Kendall went on Bachelor in Paradise season 7 for “closure” and was “ready to fall in love again.” “She went on for another chance at finding love since she knew it could possibly work out for her again,” the insider said. “It’s been over a year-and-a-half since they broke up, so she was ready to fall in love.”

Another source told Us Weekly that Kendall had a “gut” feeling “producers wanted to bring her there because [Joe] was going to be there.” The insider said. “Kendall was not expecting Joe to be on Paradise but can’t say she was surprised. She had a feeling he was going to be there since he still has ties to the show (through the podcast) and was single at the time.”

So why did Joe and Kendall break up after Bachelor in Paradise season 5 and what happens to their relationship (and Serena P.) on season 7? Read on to find out. 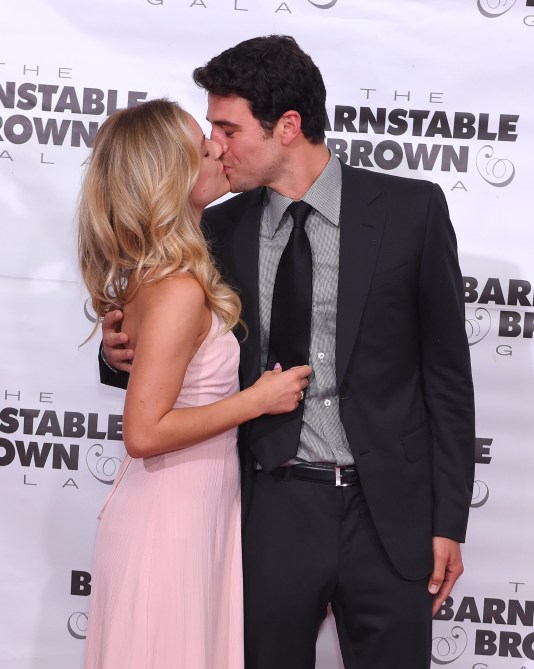 What was Joe and Kendall’s relationship like on Bachelor in Paradise season 5?

Joe Amabile, a 35-year-old grocery store owner from Chicago, Illinois, and Kendall Long, a 30-year-old creative director from Santa Clarita, California, met on Bachelor in Paradise season 5 in the summer of 2018. Joe was a contestant on The Bachelorette season 14 with Becca Kufrin, where he was eliminated on night one. Kendall was a contestant on The Bachelor season 22 with Arie Luyendyk Jr., where she was eliminated in third place.

Joe and Kendall were two of the original contestants on Bachelor in Paradise season 5. They coupled up on day one, and despite a love triangle with Leo, a contestant from The Bachelorette season 14 with Becca, Joe and Kendall stayed together almost until the end. They broke up before Fantasy Suites and left Bachelor in Paradise single. However, during the “After the Final Rose” special in September 2018, Kendall and Joe revealed that they got back together.

Why did Joe and Kendall break up after Bachelor in Paradise season 5?

In April 2019, almost two years after they met, Joe and Kendall revealed that they had moved in together in an apartment in Los Angeles. Six months later, in January 2020, they announced that they had split after two years of dating.

“We have decided mutually to go our separate ways. Joe has made the decision to move back to Chicago while Kendall will be remaining in her hometown of Los Angeles,” they said in a statement at the time. “Our family and friends have always been an extremely important element to who we are as people. We can’t imagine continuing our lives without them closer, especially when thinking of starting a family of our own one day. We both respect each others’ decision and still have a great deal of love for each other. We appreciate all the love and support everyone has given us throughout our relationship.” After their breakup, Kendall revealed to a fan that she wanted to marry Joe. “I loved him enough to see a marriage and a future,” she wrote in an Instagram comment.

Why did Joe and Kendall break up after Bachelor in Paradise season 5? In an interview with Entertainment Tonight in March 2020, Kendall revealed that she and Joe broke up because he wanted to live in Chicago while she wanted to stay in L.A. “Ultimately, Joe foresaw his happiness and work in Chicago, and I can’t resent him because of that. And for me, I just never foresaw a future there,” she said. “I think that it became an ultimatum within itself, where either I move to Chicago or we break up, and I didn’t really wanna have a relationship like that.”

Kendall revealed in an interview on the “Down to Date” podcast in January 2020 that Joe was the one who broke up with her. “I did not see it coming,” she said. “Every relationship has issues but I feel like — with Joe and I — we were best friends. Everything was fun, we were getting a dog together. We had just moved in…Ultimately what happened was that Joe felt like he would have a better [life] in Chicago.”

She continued, “If anyone knows me, I’m not the person that plans my wedding and I was literally doing that with Joe. But something weird about ending something with some that you thought you were going to marry [is] you almost feel like you have such a better idea of what you’re looking for.” A source also told Us Weekly in 2021 that Kendall and Joe broke up after “disagreeing on where they would settle down.”

In an interview with STYLECASTER in November 2020, Kendall revealed that she was in talks to be the season 16 Bachelorette soon after her split with Joe, but chose not to do it because the breakup was too fresh. “I’d just gotten out of a relationship. Joe, and I had just broken up. It didn’t make sense for me to be the Bachelorette at that time. Honestly, you can ask anybody, like, ‘Hey, can we have 30 single guys to introduce to you that you can date?’” she said. “No one is going to say no. It sounds like a cool experience. I’m not sure if that’s ever going to be something that’ll happen to me, but I wouldn’t say no. I talked to a few people about it, but it definitely didn’t make sense to me at the time. But it would’ve been cool.”

Are Joe and Kendall back together after Bachelor in Paradise season 7?