A couple years back, I was interested in a job at a pretty major publication, and they were interested in me, so—after the edit test and the interviews—I was brought in for a couple of trial days. My first assignment: Whip up a news post about how designers like Tommy Hilfiger and Jessica Simpson were tapping into the lucrative tween consumer market. “Dude, I got this,” I thought.

I pulled up Microsoft Word and started gathering my facts like a latter-day Christiane Amanpour. I banged out what I considered to be a jaw-dropping headline, a gorgeous lead, and a series of cogent, snappy paragraphs, one of which included the following fairly innocuous sentence: “Tommy Hilfiger’s also jumping aboard the pre-teen train—the iconic designer recently announced his plans to launch a clothing line aimed at girls 12 to 18.”

After I finished, I promptly filed my piece to the editor assigned to babysit me for the day, who—after only 20 seconds or so—walked over to where I was sitting. I beamed, and waited for her to thrust a packet of new-hire paperwork in my face. Instead, we conversed:

I thought about it for a bit, and replied maybe …. not? (I can read your cues, lady.) The editor then said something I’ve never forgotten: “It’s best to reserve the word icon for those who really deserve it. Coco Chanel is an iconic designer. Tommy Hilfiger is not.”

Incidentally, I ended up deciding the gig wasn’t right for me at the time (and my self-proclaimed perfect news post was rightfully ripped to shreds) but that brief exchange changed the way I started to think about the difference between people who write and writers.

In today’s everyone’s-an-editor world, it shouldn’t shock me that so many fashion websites and blogs use the same few  words with abandon—”chic,” “classic,” “essential” and, yes, “icon.” I’m not saying these words don’t have their rightful place in a writer’s lexicon, but do those 12 pairs of boyfriend jeans you’re telling me to buy really need to be classified as “chic?” Is Blake Lively‘s red carpet style really worthy of the word “iconic?”

I’ve come to understand that the word “icon” should always evoke something—an image, a person, a story—that has real meaning behind it, and not be used as a proxy for famous, fabulous, celebrated, or legendary, which is where so many writers get confused, I think. Coco Chanel singularly changed the course of fashion, Rachel Bilson did not.

During New York Fashion Week last February, I was stopped by a street style photographer (a rare occurrence, given the fact I’m usually tethered to my desk) and the only question she asked me after snapping my photo was “who’s your style icon?” I said—no kidding—”George Washington. I’m obsessed with that white ruffled scarf he always wears.” Of course, she didn’t get my point—and I can’t decide if she thought I was the biggest asshole ever or the second coming–but, honestly, it’s a dumb question to ask. Yes, I admire the way lots of women dress, but branding them as my own personal icons seems awfully dramatic.

There’s also the fact that throwing around words like “iconic” or “chic” to describe every little thing can be lazy, basic, and kind of damaging to fashion writers as a whole. We work hard to prove that not everything we do is silly, frivolous, or disposable fluff, so when we all rely on the same old cliché words, we all start to sound alike—which just perpetuates the stereotype that surrounds any woman who loves fashion to begin with.

That said, I do believe there are true fashion icons—Grace Kelly for her elegant midcentury simplicity. 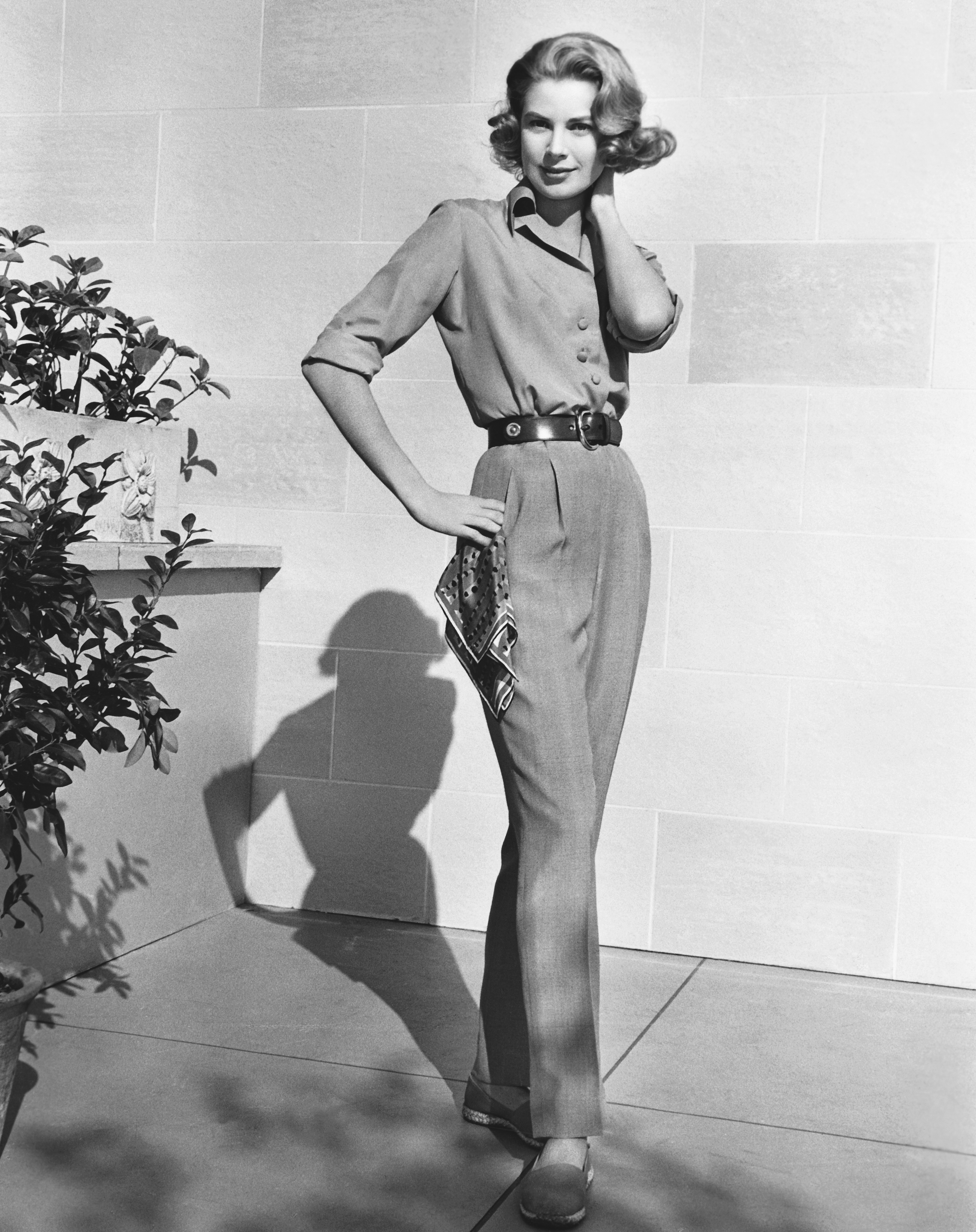 Mary-Kate and Ashley Olsen for the fact that they managed to leverage a starring role in “Full House,” a Walmart line, a string of early-aughts direct-to-video movies, and an important former obsession with caftans, bug-eyed sunglasses, and uncombed hair into a legitimate empire that includes two fashion lines, CFDA awards, and influential personal style is remarkable. 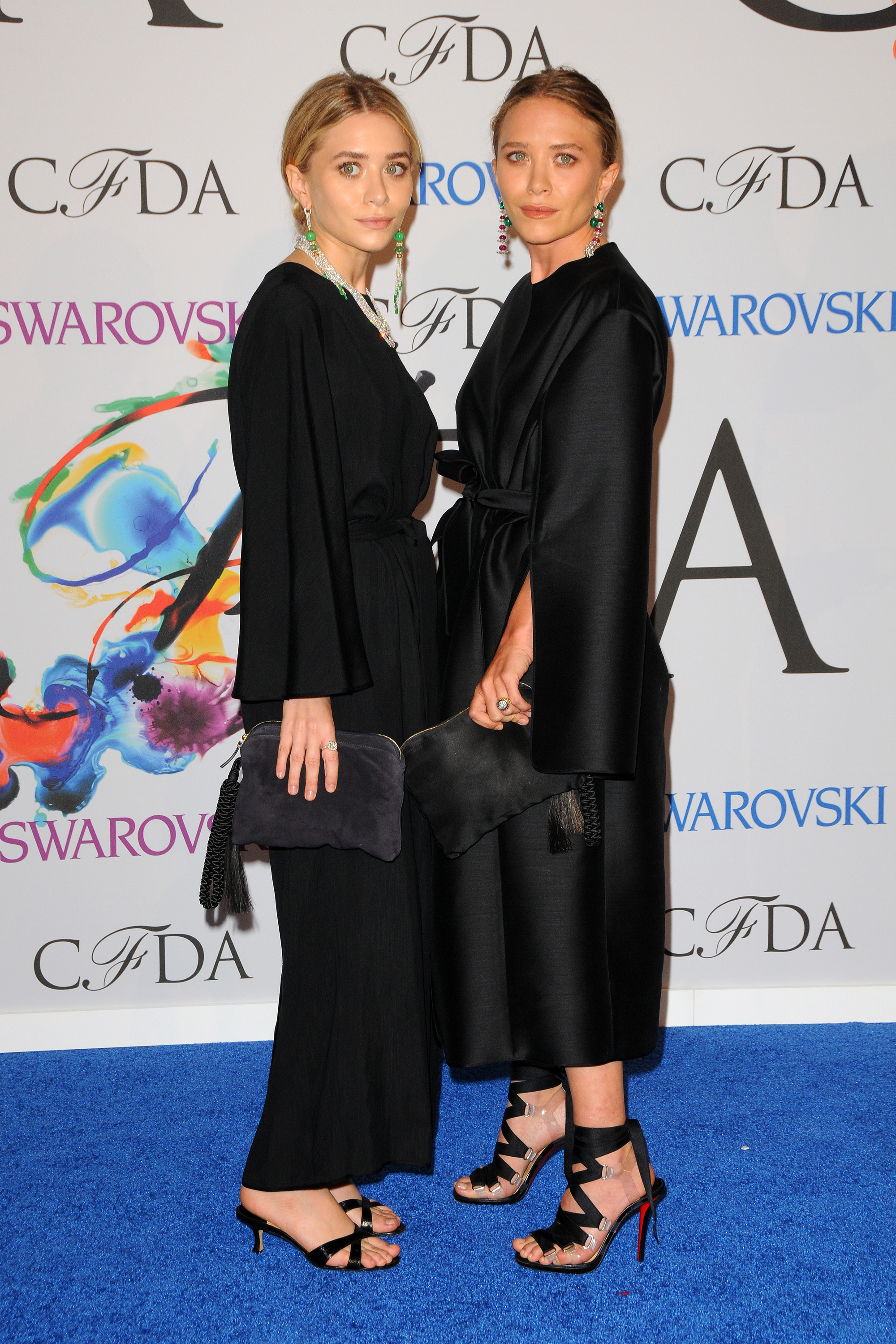 Kate Moss—As the world’s number one model and trendsetter, she’s known for single-handedly starting the “heroin chic” phenomenon in the ’90s, skyrocketing sales of items like the iconic Alexander McQueen skull scarf, Balenciaga’s motorcycle bag, skinny jeans, Minnetonka moccasin boots and, of course, UGGs. Plus, her campaigns have been outrageously successful, and her tenure with Calvin Klein is among the most famous ad campaigns of all time. Most recently, she shocked by appearing in Playboy, in a sexy, tasteful spread shot by famous fashion photographers Mert and Marcus. 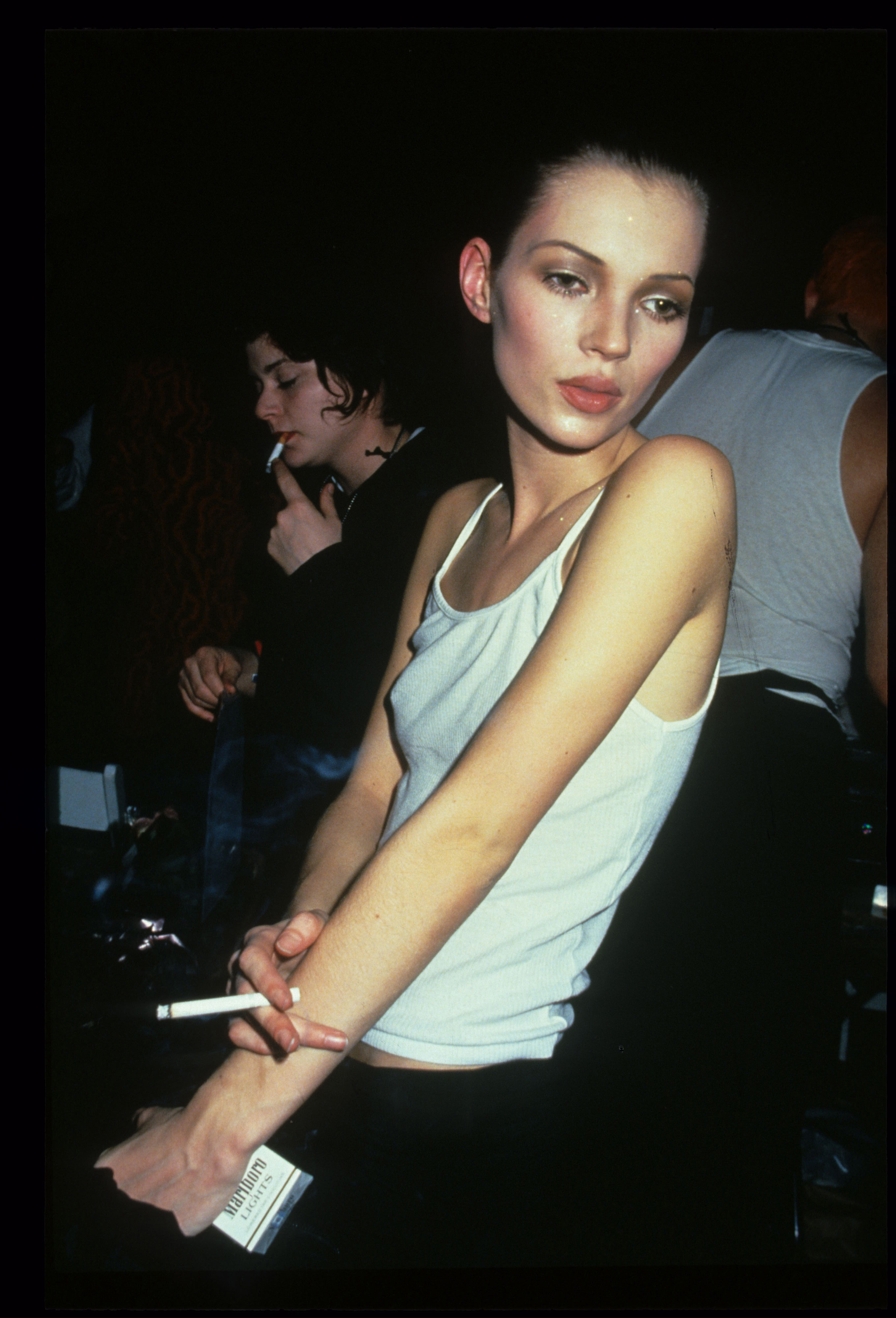 Iris Apfel, the former interior designer and fashion savant, who—at 93 years old—is more idiosyncratic and more in charge of her own sense of style than any of us could hope to be in our lifetime. 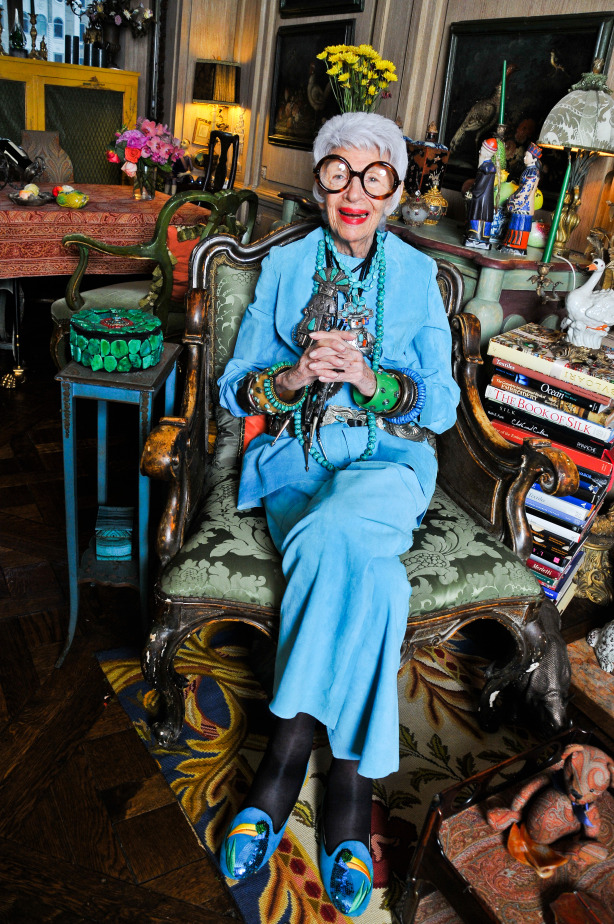 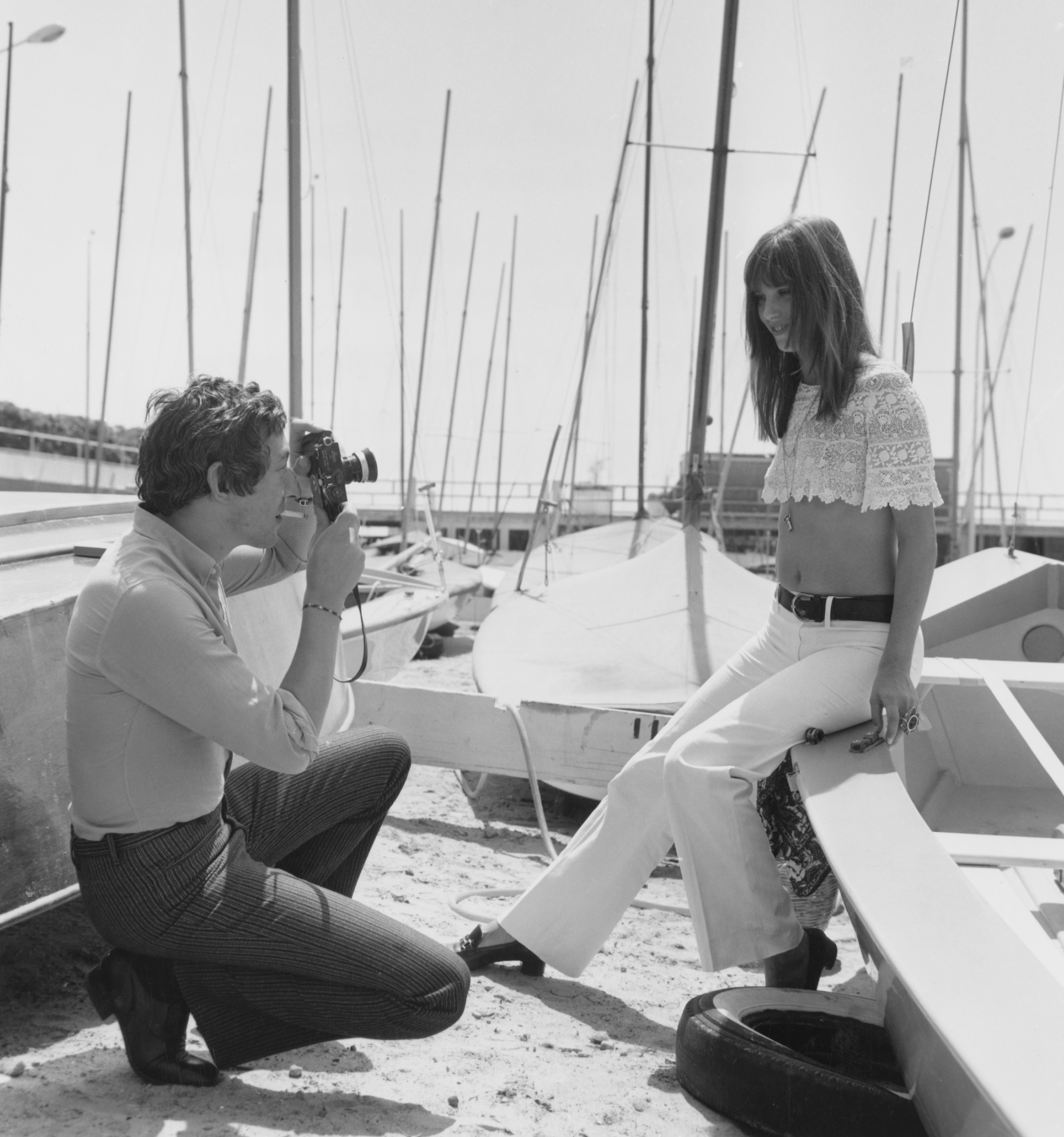 Also, Daphne Guinness, the heir to the Guinness brewery fortune who’s not only a constant in the International Best Dressed Hall of Fame, but sticks to a look that’s all her own—you won’t see anyone else walking around looking like her. 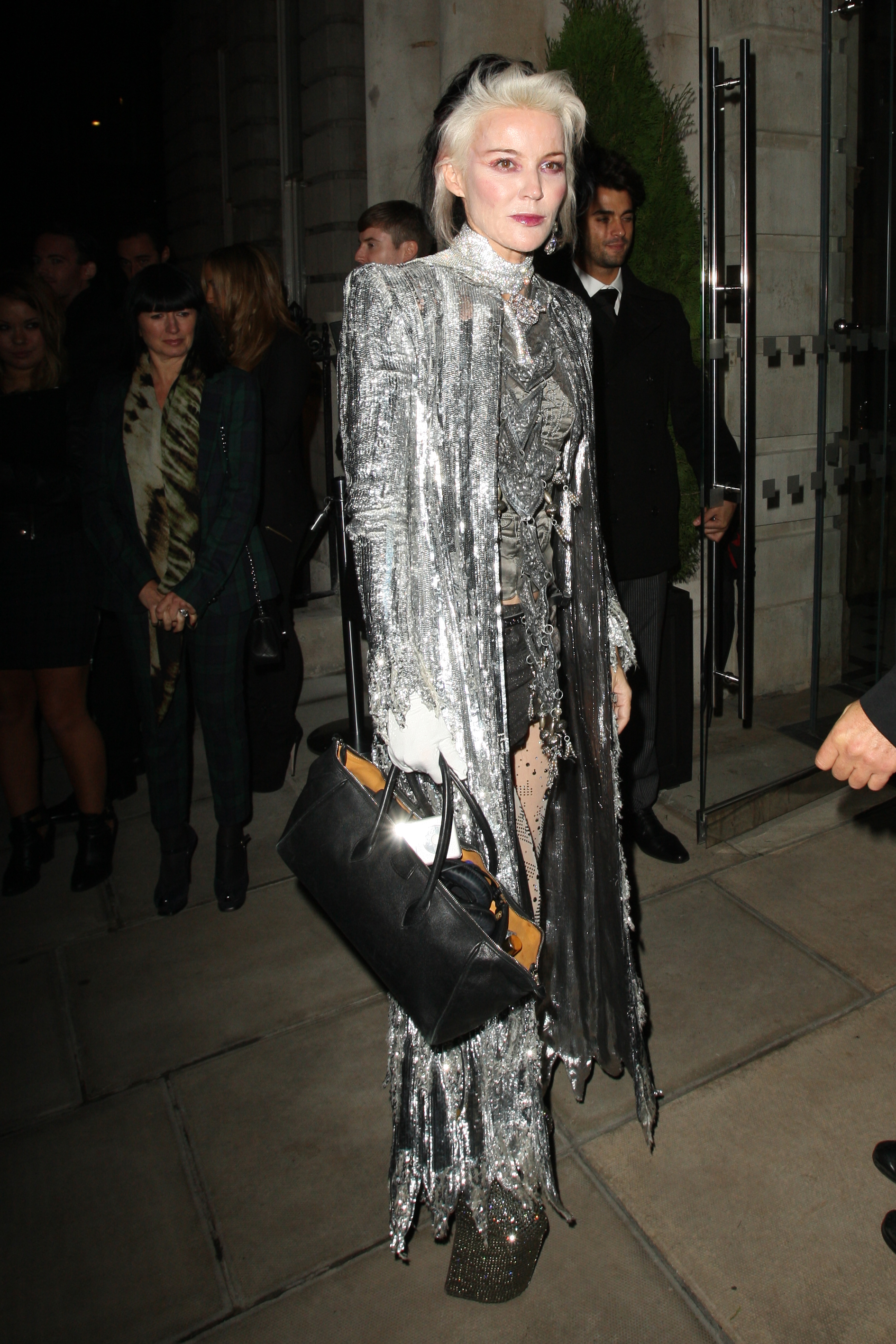 And those are just a few, of course, but all deserving of the word. Do you have any style icons? Let us know in the comments below!