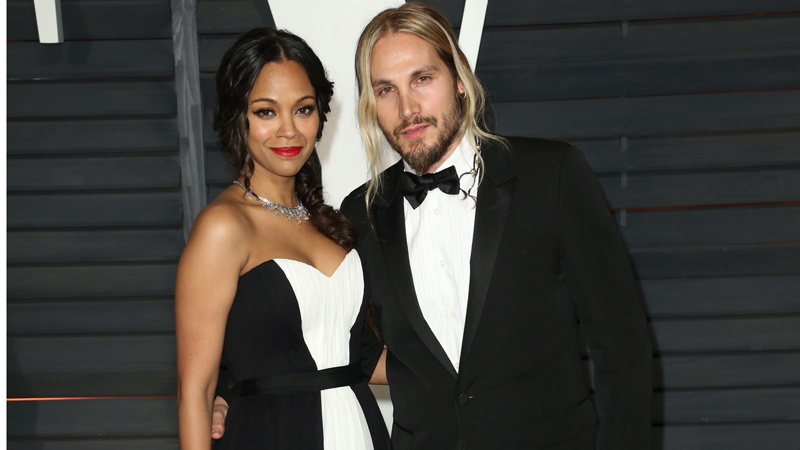 I never liked my name. I envied friends with nicknames, and got a perverse kick from torturing my kid brothers with goofy ones. When I first moved to New York in my 20s, for a few weeks I tried to go by my middle name, but it sounded phony on the tongue and I reverted back to ‘Aaron’ fairly quickly. But my surname, ‘Leichter’, bothered me even more. It was hard to pronounce when you saw it, hard to spell when you heard it. It seemed tricky for people to remember.

So when I got married, I took my wife’s last name.

Like most engaged couples, we discussed how to work out the name issue—my fiancée intended to keep her surname, which was fine by me, and we thought a bit about what our hypothetical kid’s last name could be. We kicked around the idea of combining names, but ‘Leichter’ plus ‘Grunfeld’ equaled ‘Grunter’—not so hot. But I suddenly realized that nothing except convention was stopping me from taking my wife’s name. It would solve my own name-issues, and mark the life-event in a radical way.

Women, of course, can change their names for free when they visit City Hall to get the marriage certificate. I figured I’d do the same, and if I had to pay, maybe sue the city for sex discrimination. But the registrar was just tickled, and said this was maybe the third time in twenty years that she’d seen a man take his wife’s name. She wished her husband had done it.

Telling our families was a little harder. I tried to make it clear to my parents that my choice didn’t reflect my love for them, that they were (are!) great people who raised me well. They seemed okay with my choice until we all had lunch with my future in-laws to discuss wedding planning.

My fiancee’s father, born in Europe during the war, was totally baffled, and he opened the door for my mother to raise her objections, which turned out to be one of the most fraught conversations of the wedding, up there with the size of the guest list. It took me by surprise—mom was a ’70s feminist who still pays her membership dues to N.O.W.—so we rehearsed the argument of “why should a woman have to take her husband’s name?” and then rearranged the terms to ask “why can’t a man take his wife’s name?”

The responses of my fiancée and mother set the pattern, more or less, for subsequent reveals. Folks our age got a kick out of the idea, while our parents’ generation was usually thrown by the news. This reaction reached its peak at the wedding itself. An elderly relative on my side—I’m not even sure how we’re related exactly—gasped when the rabbi introduced the bride and me as Grunfelds.

As the eldest Leichter, he saw himself as the family patriarch (news to me!) and pulled my father aside at the reception. “How could you let him do this?” he asked. My father: “Who’s letting? He’s a grown man, it’s his choice.” Dad had come to terms mainly because my new name didn’t whitewash our Jewishness, the way some of his peers from Brooklyn did back in the 1960s and ’70s.

Since then, I’ve never felt conflicted about the choice I made. Maybe that’s why, when I ask myself what its effect has been, I’ve got a lot of small answers but no big ones. My new initials still seem weird. When I screw something up still I say, “Come on, Leichter!” instead of “Smooth move, Grunfeld!” Last month I got a jury summons under my old name (my maiden name?) and had to provide extra paperwork to prove I’d just served in my new identity. But I’ll bet married women have the same problems.

The subject’s in the news, however, thanks to Zoe Saldana and her artist husband Marco, now the figurehead for our movement. But let’s admit it: this isn’t really a trend, it’s more the debut of a new idea.

Actually, what’s trending is exactly the opposite: Women are taking their husband’s names more than they did 20 years ago. The hyphenated name is less popular too. The traditional format—women take their man’s name—is regaining its authority, and I think that’s a pity. To create your self is part of the American Dream, and one facet of that is picking a new name to match the new identity. Immigrants could shrug off the Old World with a new name, or they were re-christened by lazy officials. Pioneers could escape the mistakes of an old life and become someone new.

Plus there’s the whole historical baggage of marriage. For women, the last name marked her as property. A girl was given her father’s last name at birth, and took her husband’s name at marriage. Maybe cattle were exchanged too. So I’m not too surprised at Saldana’s story that she tried to talk her Italian husband out of it, worried that he’d be emasculating himself.

I like to joke that I’m making a feminist statement—Sisterhood is Powerful!—and sure, that’s partly why I did it. My wife and I have reversed a few gender roles: she’s a full-time lawyer, I’m the stay-at-home dad who does the housework, shuttles our kid to her extracurriculars, and writes while she’s at school. Taking my wife’s name was puckish, a silly little subversive act until I learned that almost half of America thinks women should be legally forced to take their husband’s name.

The fact is, it’s not unusual for people to change their name when they get married, it’s just unusual for men. When women learn about my renaming, some mention that they suggested it when they were engaged. Their future husbands had scoffed at the idea. It seems taking the man’s name is a deeply rooted and macho tradition that even righteously feminist guys have trouble even thinking about rejecting.

I stand with Marco Saldana (nee Perego). When his wife tried to argue with him, he responded, “Ah, Zoe, I don’t give a shit.”

Aaron Grunfeld (nee Leichter) is a freelance journalist and stay-at-home dad in New York City. He writes about Shakespeare on his blog, The Fifth Wall.