I didn’t want a wedding. I’m not saying that to be cool or to prove how not-basic I am, but I’d never been one to dream about bigger-than-yours diamonds, strapless white gowns (my last-minute dress was $66, so yeah) and a stable of girlfriends in matching dresses. In fact, I wasn’t sure I was even sold on the idea of marriage at all. I wasn’t steadfastly opposed, but I would have been more than happy to remain in a committed relationship with my boyfriend, Adam, and not do the wedding thing. However, when he proposed in 2011, I said yes because I loved him and because I knew how important it was to him to make it official. I said hell no, though, to a traditional wedding and all its trappings. Namely? The stereotypical bridal ritual of having makeup tests before the wedding, then having someone else apply it on the big day. I decided immediately that I’d be doing my own for a couple of reasons.

The first: Having been a fashion and beauty editor at that point for around seven years, it’s safe to say I amassed an impressive arsenal of products, and I knew how to use them all. The second: I’ve never really loved the way other people do my makeup for cameras—I’ve been made to look like Bette Davis in “Whatever Happened to Baby Jane,” and I wanted to look exactly like myself. The third: I really enjoy applying makeup, plain and simple. I find it relaxing and fun, so why would I want someone else doing it? Because it’s “my day” and I deserve it? Eh. 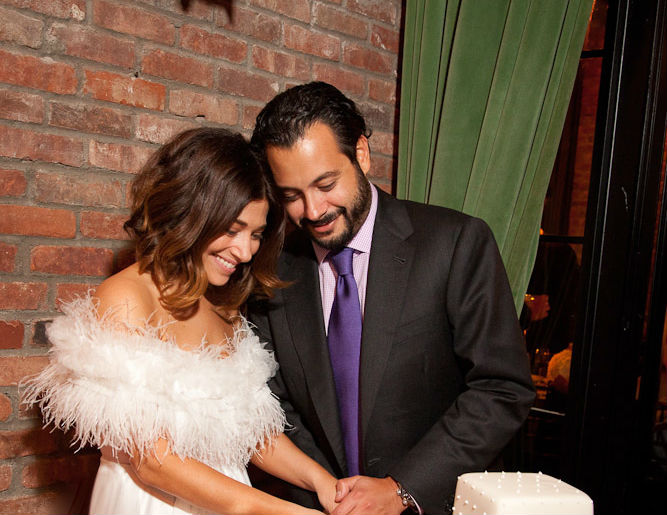 Here I am in 2011 thinking about cake, not about how I might be shiny. (Kristy May)

Leading up to the big day, which was October 15, 2011, I did seek the advice of people I trust about what general look I should go for with my beauty choices. I thought about wearing a bold red-orange lip—the color that looks best on me—but decided against it, since it looked too summery with a stark-white dress and my wavy hair. I also thought about doing a super-smokey eye, but thought that looked too wintry. Plus, between dancing, nerves, and hugging roughly 150 people, I knew I’d end up looking like a raccoon zombie an hour in.

Eventually, I decided to keep my look as natural as possible, while still wearing enough makeup to even out my skin tone, cover imperfections, and not look like I rolled out of bed and decided to show up at my wedding. I’d also made up my mind that I’d run the risk of looking shiny in photos to look dewy in person.

The part that really makes friends of mine who’ve dabbled in Brizezilla-dom—you know who you are—nervous is the fact that I didn’t do any “test runs” before the wedding. I literally tossed a bunch of shit in a giant makeup bag and started applying about an hour before I had to be ready.

I do, however, remember every single product I used. I started out mixing two primers—Smashbox‘s color-correcting formula in green to neutralize the redness I naturally have under my nose, and around my eyes, and a dime-size amount of Laura Geller‘s slightly sparkly Champagne Spackle. I’m not loyal to one foundation, but at that time I was using the dregs of a bottle of Chanel Teint Innocence (now discontinued—sniff!), with a pump of MAC Pro Longwear foundation, since it’s a bit thicker. I also employed my favorite beauty trick for getting lit-from-within skin—I mixed a few drops of MAC‘s divine Strobe Cream into my foundation, and applied with a damp Beauty Blender sponge.

From there, I brushed on a little bronzer—I mixed MAC‘s limited-edition Lush-Light Bronze Studio Careblend Pressed Powder from the brand’s limited-edition Surf Baby collection with a little NARS Laguna, which added a subtle gold shimmer. On my cheeks, a little bit of Benefit‘s ChaCha tint, a mango-hued liquid cheek stain.

I don’t love the look of mascara, though in retrospect I might have gotten some natural looking individual lashes. Instead, I used a small swipe of Clinique‘s Bottom Lash on top and bottom, just to darken a little, and I used the tiniest bit of shimmery deep green-brown NARS Night Porter eyeshadow as an eyeliner applied with a skinny brush. And that’s it!

Oh, before the ceremony, I used a bit of a pinky-nude Dior lipstick that my mom thrust at me because she thought “I needed some color,” but by the time cocktail hour came, it was all gone, and I didn’t really care. I still have no idea what it was called.

The consensus? My guests were pretty effusive in telling me how natural I looked, which was a big compliment for me.

I absolutely understand that lots of women don’t particularly enjoy applying makeup, or might want an amped-up version of themselves on their wedding day, but I was more comfortable doing it myself. I didn’t have a wedding party—my sister also did her makeup solo—so it was fun to hang out with her and take our time without a bunch of strangers around.

Do I  think I still would have liked my wedding photos if a pro did my makeup? Of course. But I also think it’s a myth that you need one if you’re halfway decent at applying makeup (or if you just really, really love doing it yourself.) 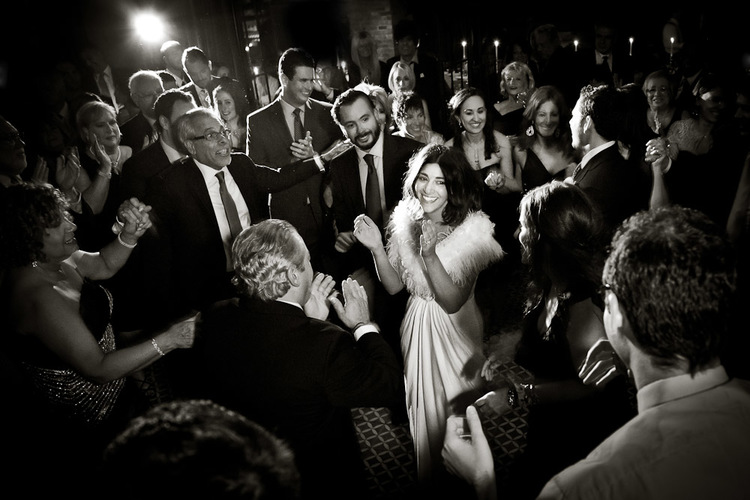 It was a great night, and I don’t necessarily think having a ton of makeup on would have made me like the photos better.