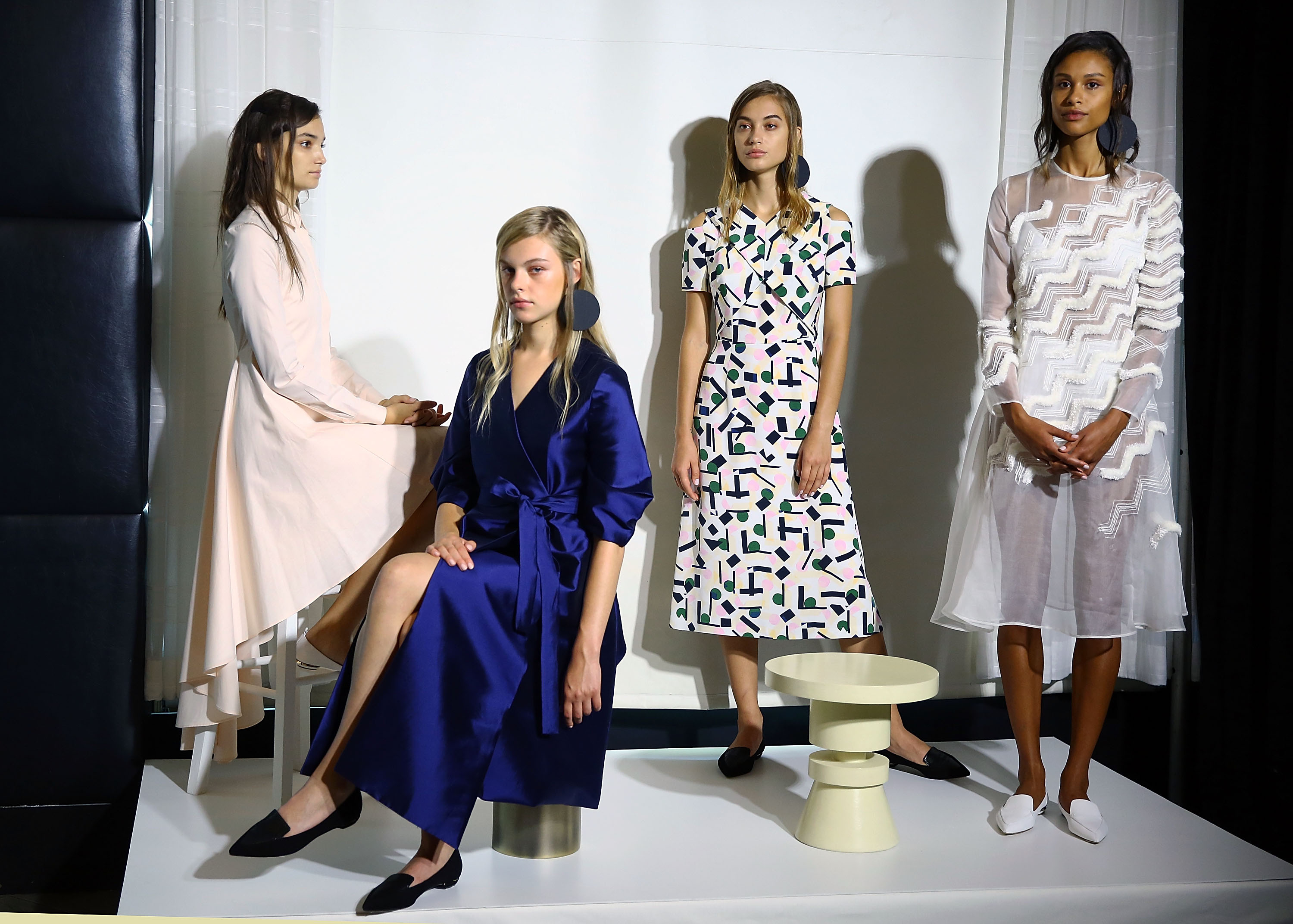 I love New York—I’ve spent pretty much my entire life here. It also happens to be the biggest fashion market of the four capitals. The city that never sleeps dominates in term of sheer numbers, but also in terms of straight cash flow. Over 900 fashion companies call this city home, and the industry, in total, doles out $11 billion in wages, creating nearly $2 billion in yearly tax revenue. That’s big bucks. Which means New York is a breeding ground for international designers who come from all over to set up shop.

“If you want to operate on a certain level, if you want to play the game with the big guys, there are a few cities where you can play,” designer Charles Youssef told me via FaceTime from his apartment on the Lower East Side. He’s dressed in all black, down to his signature black frame glasses, a Mykita and Maison Martin Margiela collaboration. “For me it was between starting a brand in London or here, based on my background and going to Central Saint Martins.” 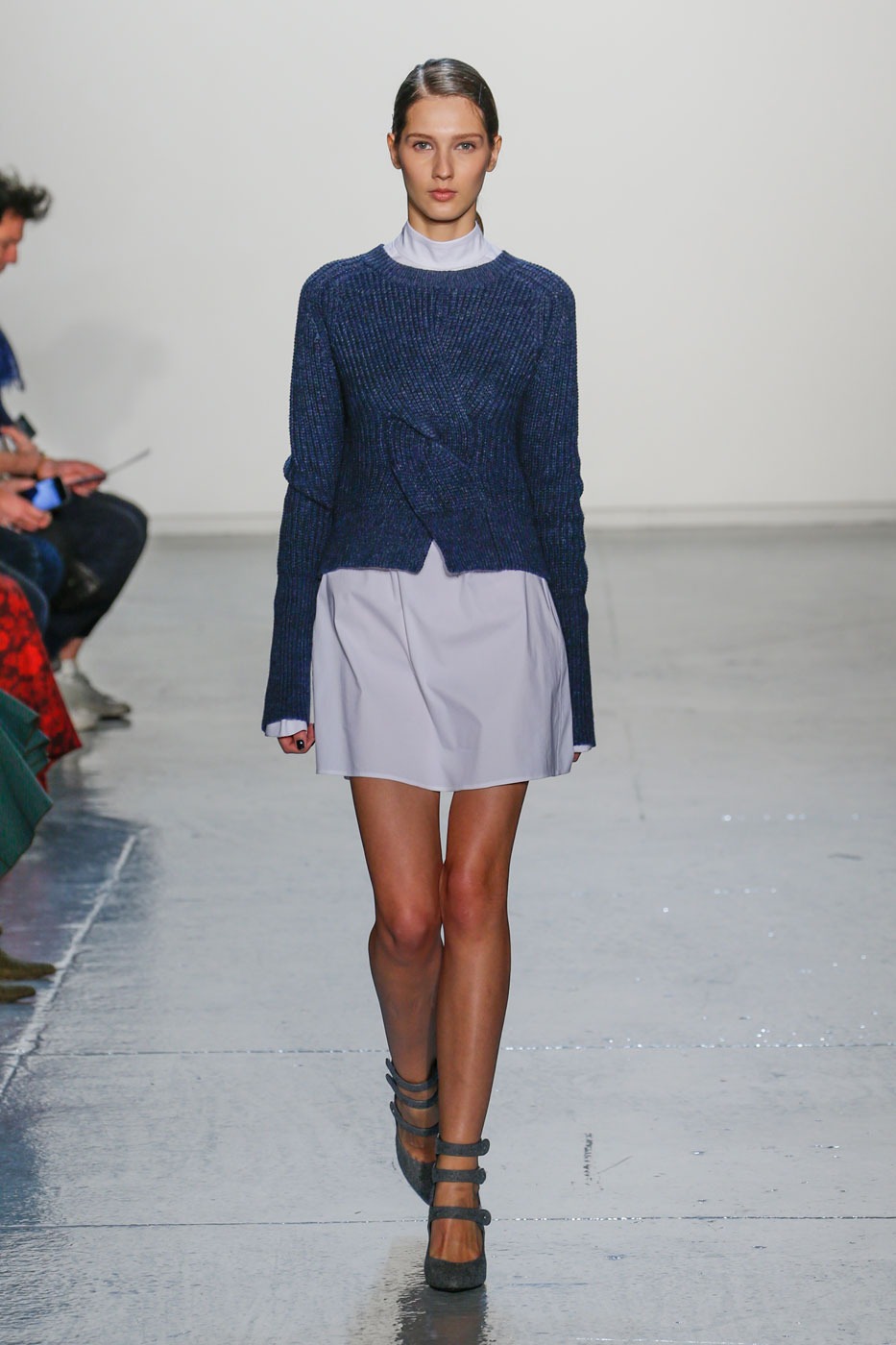 It’s Youssef’s background I’m mostly interested in—his, and designers Misha Nonoo’s and Bibhu Mohapatra’s. What do all these people have in common? They’re not native New Yorkers, they hail from (or have spent extended periods of time) in places that have their own buzzing fashion industries, and yet they choose to run their businesses here in the big apple.

Youssef was born in Beirut and educated in New York and London. Nonoo was born in Bahrain and raised in London. Mohapatra grew up on the Eastern coast of India, in a state called Odisha.

So why did each of these young designers choose to build their businesses here rather than in other fashion capitals, like London or even India? (The latter, by the way, has its own bustling fashion industry—the wedding market alone is worth $38 billion). What are the pros and cons of being in NYC, and can it even affect their aesthetics? Here’s what they had to say. 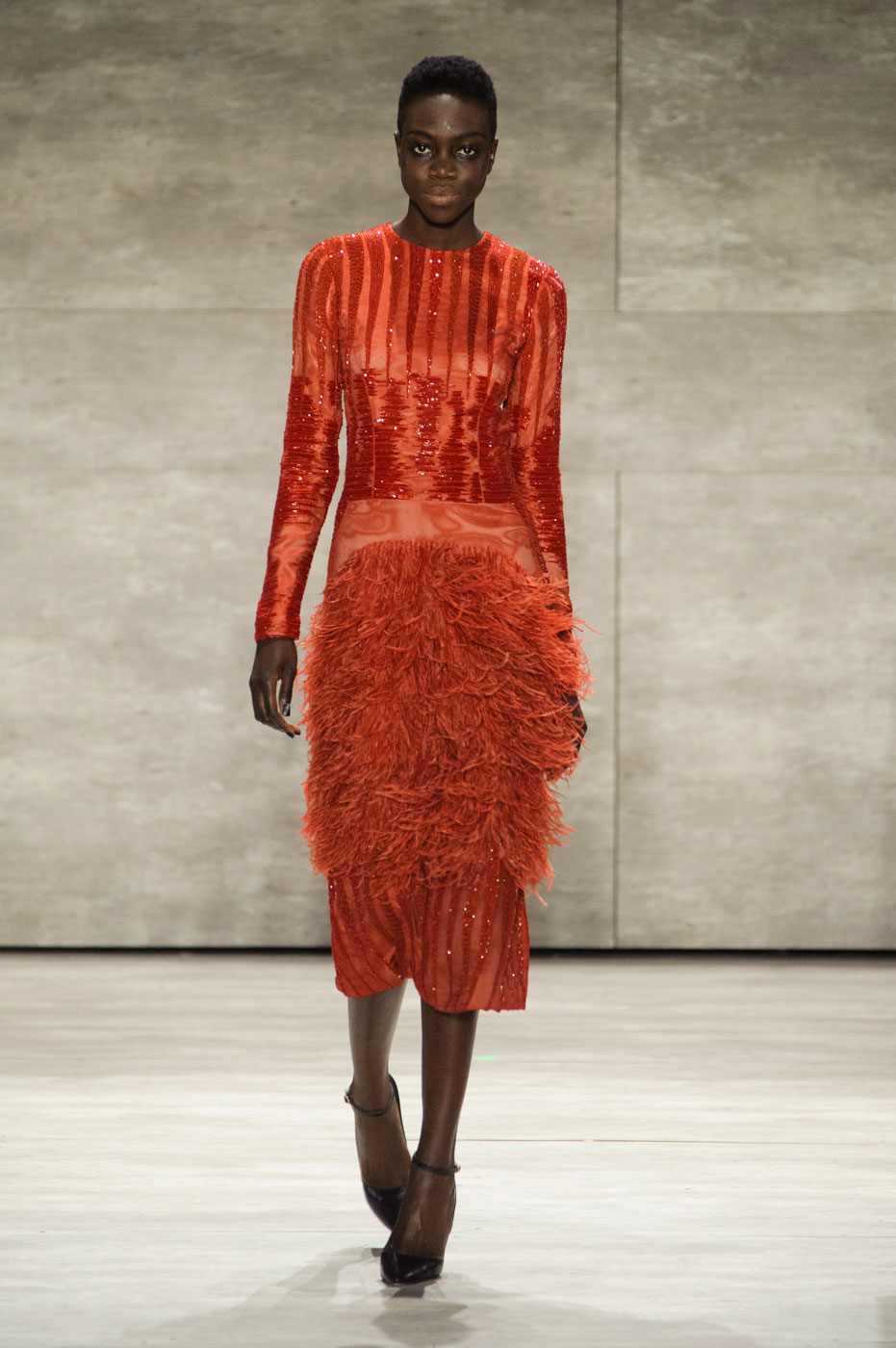 START AT THE BEGINNING

“I moved to New York, to study fashion, which was my life long dream.  After finishing my degree at F.I.T., I joined J. Mendel where I became the design director over a period of 8 years. Since my education, all my experiences and my connections are in New York, it was an obvious choice for me.” – Mohapatra

“I decided I wanted to be a fashion designer at the age of 11. I moved to London as a teenager and became fascinated with classic bespoke tailoring and the importance that Great Britain places on prestige quality and traditional expertise, and while in business school, I recognized a niche in the U.S. advanced contemporary womenswear market for versatile yet feminine pieces.” –Nonoo

“New York was a place where I knew I would find a business partner and focus on myself as a self-sustaining business entity that would last longer for more than just two years. A lot of the people I know in London who have launched lines, many of them would generate a lot press over two years, and then just kind of run out of steam, and essentially run out of funding. New York was a place I knew I would be able to find an investor.” – Youssef

“I knew I wanted to start my business in New York to be in close proximity to my production facilities. I had a lot to learn so before I started my business I apprenticed at a local atelier in the garment district where I honed the craft of tailoring and construction.” – Nonoo

“New York is the world’s most inspiring place, you meet people from all over the world here from all walks of life.” –Mohapatra

“The entrepreneurial spirit, I am always meeting people in different fields, who are willing to provide advice and support.” –Nonoo

“Definitely the commercial focus of the city. All the retailers come and want to see the designers coming out of New York, because they are all serious brands and businesses. There’s also a level of convenience here—whatever it is that you want to do, you can accomplish it locally. There are factories locally, there are fabric suppliers locally, there are printers, there are embroiderers, there’s everything you could possibly need and it’s all very close.” –Youssef

“It can be a very aggressive place. My business partner and I have encountered people who haven’t necessarily had our best interest in mind when they do business with us. Also, the cost of things, for example a photographer here charges $10,000 dollars to shoot a look book, and in London they would do it for free. It makes it a bit harder to take risks, everything has to be accounted for, but in a way that’s good because you have to be disciplined and it teaches you how to run a business.” – Youssef

“The commercial aspects of the clothing are really considered, especially the first few seasons, it was very much the driving force of the business—how do we secure sales? How do we make sure the business can sustain itself? What we’ve been able to do now from being in Barney’s and a few new boutiques is that we are at a place we can introduce some more avant-garde, experimental, creative, and directional clothing to the line and kind of slowly start building that part of the collection. I think New York really needs it, and I’m hoping that’s a change I can make.” – Youssef

“My designs are intended to support women’s multifaceted lives, seamlessly taking them from 9 a.m. to 9 p.m. Each piece I produce has to make life easier for women, who is a boundless pioneer and is culturally curious—she’s changing the world and not afraid to take a risk.” – Nonoo