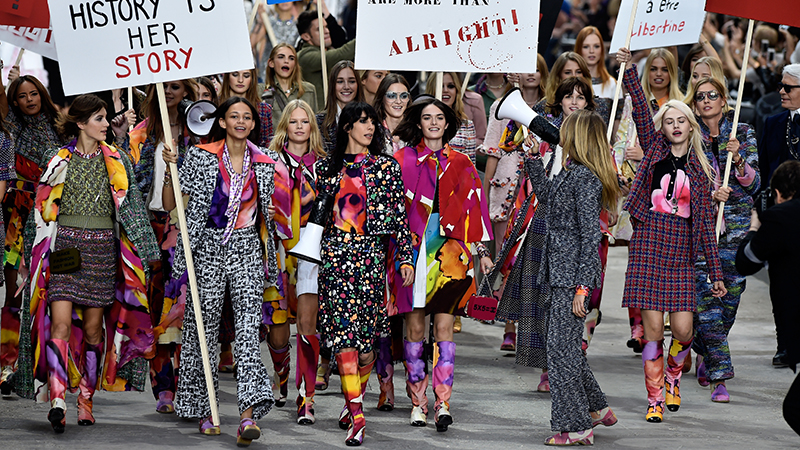 Happy Equal Pay Day! Not exactly a joyous occasion, this holiday of sorts serves as a reminder that women in the U.S. are still earning much less than their male counterparts. April 12 was chosen as the date this year because it’s the amount of time women in this country would have to work, past the end of last year, to make the same amount of money as a man did in 2015. Sit on that for a second.

Let’s take a look at the stats: The typical full-time, year-round working woman earns about 78 cents for each dollar her male counterpart brings home, according to 2015 report. What’s even more discouraging is that a recent report from the Institute for Women’s Policy Research predicts U.S. women won’t reach pay parity with men until 2058 at this rate. That’s 42 years from now, people.

Like a lot of women in their twenties, I grew up with parents that told me I could do and be anything: The President, a neuroscientist, or a ukulele player if that’s what really made me happy. My journalist mother, a pretty staunch feminist, coined the term the glass ceiling in a 1986 Wall Street Journal article, and raised me to care about my future career as much as starting a family, while drilling into me that, with an education and a lot of hard work, by the time I hit my stride that pesky glass ceiling wouldn’t even be a thing.

Well, sorry, mom. Cut to 2016, and that clearly hasn’t turned out to be the case. What’s so striking about thinking about equal pay for women decades later, is how big of a problem it remains, raising the most obvious question, “Why do we still have to talk about this?”

The trend du jour over the last few years seems to be to blame women for various self-sabotaging behaviors—a reluctance to negotiate for raises or to put themselves forward for promotions—to explain the pay gap.

MORE: These Are The Most Stressful Careers To Have Right Now

Sure, plenty of studies exist pointing to those explanations, but it seems removed from the millennial women that I know and work with. Policy makers have gotten away with the “lean out” explanation for the pay gap for too long, and it’s time to demand a stronger look at the external policies that make it difficult for women to earn as much as men.

Inflexible hours, a lack of paid maternity leave, very few affordable child-care options, a tax code that penalizes secondary earners with a high marginal tax rate, and most striking, that equal pay legislation seems perpetually stalled in Congress, are all issues that can and should be fixed way before 2058 rolls around.

There are some bright spots: The more we push to talk about this, the less likely that date will prove to be accurate. For young women, the wage gap is smaller than for other women, 93 cents to the dollar, showing that real progress is being made. While it has gone in and out of vogue over the years to talk about the pay gap, now the issue seems to be having a genuine pop-culture moment, even memorably being brought up at 2015’s Academy Awards and has become a very public talking point among top female celebrities like Jennifer Lawrence and Emma Watson.

Let’s not forget the women’s US soccer team, currently suing over the staggering pay gap between their perpetually winning team and their male counterparts.

And, of course, it’s in the spotlight more than ever now that the possibility of our first female president is closer than ever.

Equal Pay Day is a holiday we shouldn’t have to celebrate, but it’s an important one, while we need to. If history has proven anything, it’s that this isn’t just going to solve itself.