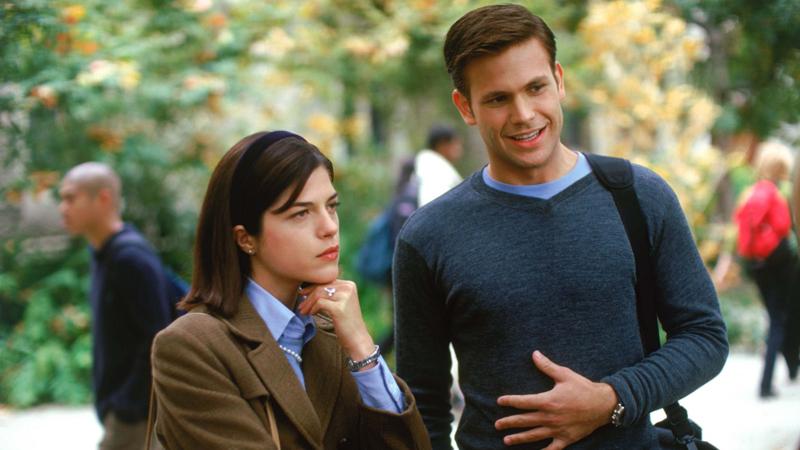 It’s typically a good thing to be open about past relationships with a current love; it can be vital to having a healthy and trusting relationship.

But what if he keeps bringing up a specific ex-girlfriend.

An occasional mention now and then about an old flame is no cause for alarm, says marriage and family therapist Dr. Sheri Meyers. “However, if your boyfriend’s ex is constantly up for discussion, it’s probably a sign that he hasn’t fully moved on.”

That said, it’s also important to pay attention to how he talks about her, which can either make a girl feel great about herself (in comparison) or insecure (for the same reason).

Depending on the context, hearing about an ex can even be helpful, and seen as an indicator of how he will treat you and your relationship.

“For instance, knowing that a certain trait ultimately pushed him over the edge would be good to know,” says relationship author and speaker Jenna McCarthy. “But, if she was so great at this [thing you’re not great at] or amazing at [talent you don’t have] then it will feel insulting.”

Even worse — it’s manipulative. If he is constantly comparing her to you, he may be trying to get you to change or be more like her, so you can fill the void she left in his life.

“Continually condemning and complaining about an ex is a sign he may not be taking personal responsibility for his role, and has the same unhealed wounds and unfinished business that he’s bringing into your relationship,” says Meyers.

It’s best to nip that talk in the bud ASAP. Ask him how he would feel if you kept talking about your ex-boyfriend, says McCarthy. Or, just ask him if he’s still not over his ex.

“Remind him that you are worth someone’s undivided attention,” adds Powell. “Make it clear that if he can’t offer you that, it’s probably time you move on.”

Since not all girls handle the “old flame talk” the same, Powell also has some advice for guys: Just don’t talk about your ex.

“Continuing to bring [her] up is putting your current girlfriend in a very uncomfortable position, and any guy who tries to be considerate of how his words or actions may affect his girlfriend wouldn’t allow that to happen.”

What to Do When You Fall in Love With an Ex Again
WATCH: Dita Von Teese’s Tips on Looking Amazing in Lingerie
How Brooklyn Decker Really Became a Hollywood Actress