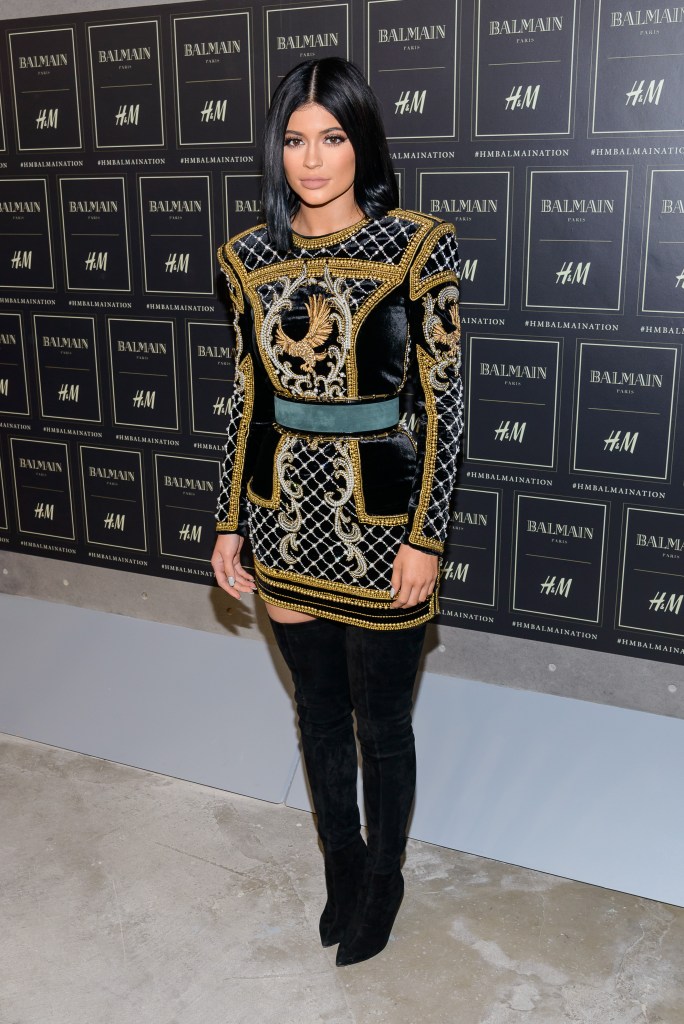 Even if you weren’t an eager shopper at the time, you probably remember that, in 2011, Target teamed up with Missoni, the Italian brand known for its knits and patterns. The collection made headlines not just for the merchandise itself but for the fact that shoppers were so manic that they famously crashed the retailer’s website, causing every item to sell out within minutes and contributing to Target’s 3.7 percent net profit boost that quarter.  It appears H&M might have its own collaboration success story with the insanely buzzy Balmain collection.

The site—www.hm.com—crashed immediately after the anticipated collaboration went live at 8 a.m., and when went it went back up at 9:00, mostly everything was gone. About an hour later, everything was gone—from $40 T-shirts to $690 beaded jackets (yes, people were paying almost $700 for H&M).

Apparently the scene in stores was similar, as evidenced by Instagram videos making the rounds that show ordinary people morphing into wild-eyed consumers sprinting into H&M locations, shrieking, and manically grabbing merchandise from the racks and from each other. There’s nothing we can say to capture the insanity of the bacchanalian frenzy. Behold:

As for why this collection is causing such a stir? As much as we hate to say it, we probably have the Kardashians to thank. Up until recently, Balmain wasn’t exactly a brand you’d consider mass market. It was a very, very high-fashion French label that your teenage cousins had certainly never heard of. Then, its 28-year-old creative director, Olivier Rousteing, starting leveraging his relationships with the It-girls we often see on TV, in the tabloids, and on Instagram.

Kim Kardashian wore a strong-shouldered Balmain dress to her bachelorette party and later appeared in an ad with Kanye West. Teenager Kylie Jenner suddenly started wearing the house’s dresses to events. Kendall Jenner walked the label’s runway. Even Kris Jenner began sharing photos that showed up her kicking it with Rousteing in Paris. Factor in the sheer number of people who follow this group on Instagram, and you’ve got some pretty priceless brand awareness.

And it’s not just the Kardashians: Back in May, the Billboard Music Awards was essentially a Balmain takeover, with even more starlets turning up to the red carpet dressed in the label and traveling in a pack, including Taylor Swift, Lily Aldridge, and Chrissy Teigen, all of whom feature prominently on Instagram when you search for the hashtag #Balmain or #BalmainArmy.

And as much as fashion snobs gripe that brands like Balmain (and others, like Givenchy) are becoming a part of Us Weekly culture, it’s a smart way for a very, very aspirational (read: expensive) label to align itself with the social media generation, letting us know the world’s coolest girls are all about the brand. The result: People beating each other down to get a piece at H&M and a sold-out collection.

If you’re really keen on snagging something from Balmain x H&M, may we suggest heading over to eBay where a beaded, velvet minidress—the same one Kylie wore to the party celebrating the collab last month—is already up to $1,500 and has 19 bids with 10 hours left.